The search for the next P-pop icons is on 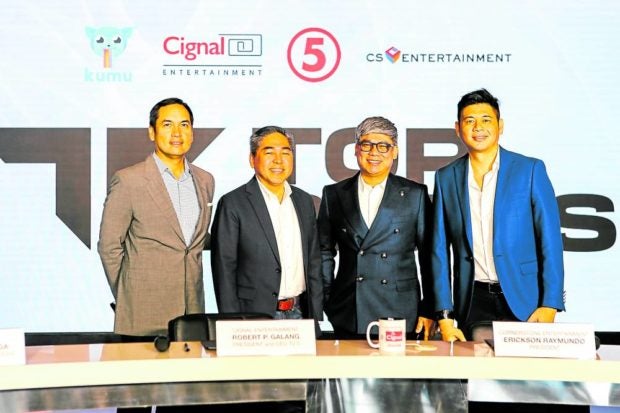 Aiming to discover the next “it” P-pop boy band, Cornerstone Entertainment—in partnership with TV5, Cignal Entertainment and Kumu—recently announced that it will launch this year a new talent hunt-survival series for television and the digital space.

Called “Top Class: The Rise to P-Pop Stardom,” the show will revolve around the world of future male pop star aspirants, as they showcase their wares and work their way toward success in the entertainment industry.

The talent search, which will be aired on TV5 and streamed on Kumu, will start with 30 contestants who will undergo a series of challenges that will decide which hopefuls will make up the pop group. Guiding the young talents are a slate of yet-to-be revealed set of hosts and mentors who “are globally known for their body of work.”

“Coming from a talent management perspective, we have handled a lot of some of the country’s biggest stars. Through this show, we aim to present future P-pop icons. That’s the goal,” said Vadillo, whose roster of talents at Cornerstone include singers, actresses and beauty queens like Catriona Gray, Inigo Pascual, Yeng Constantino, Julia Montes, KC Concepcion and Kris Aquino.

“With proper training, and with the experience that we have in terms of discovering talents and honing and training them, we feel that we have a good chance of really raising up the future of P-pop through this show,” Vadillo added.