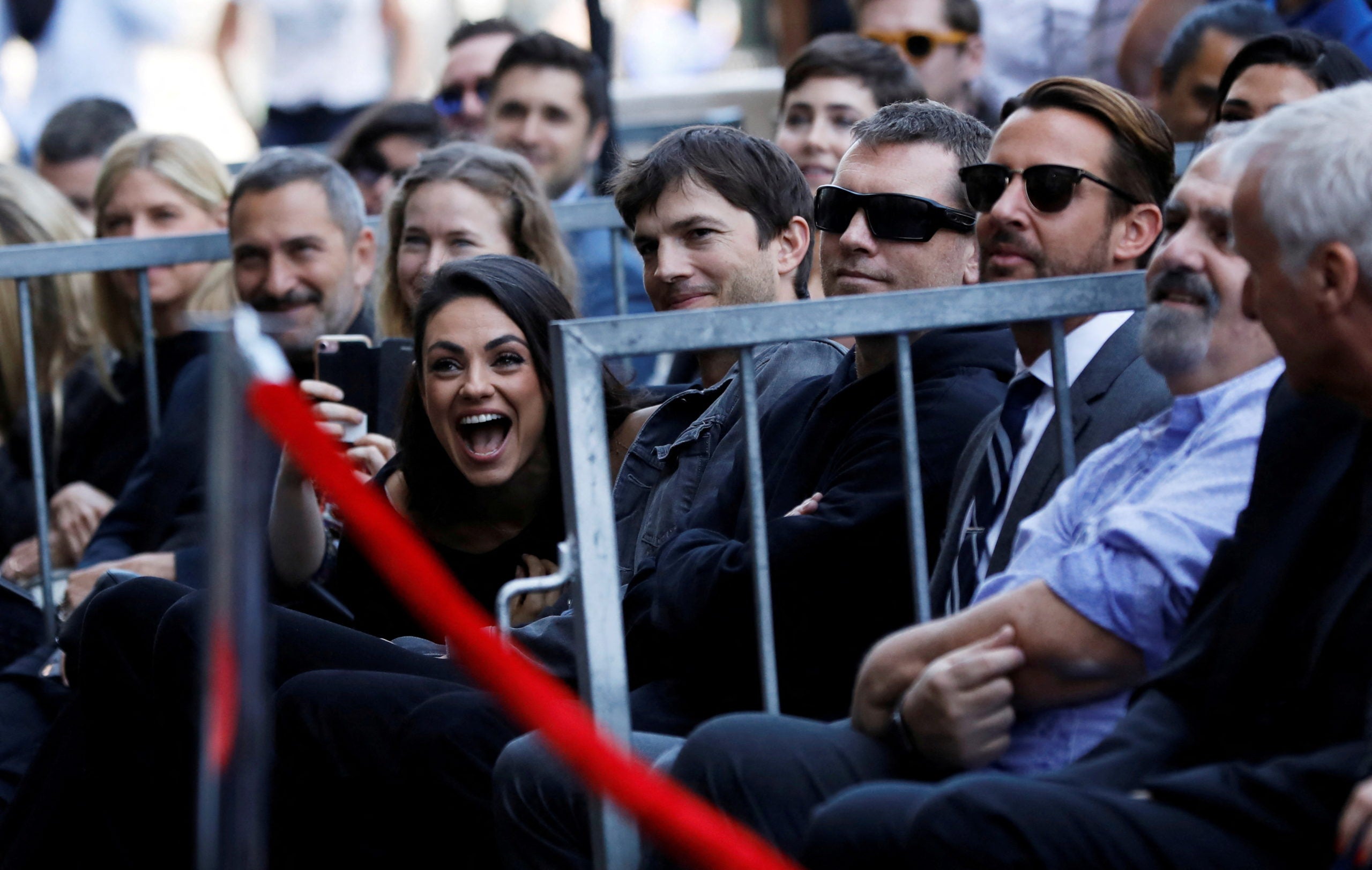 FILE PHOTO: Mila Kunis and Ashton Kutcher sit in the audience during the ceremony for the unveiling of Zoe Saldana’s star on the Hollywood Walk of Fame in Los Angeles, California, U.S. May 3, 2018. REUTERS/Mario Anzuoni/File Photo

Hollywood couple Ashton Kutcher and Mila Kunis have raised over $6.8 million as of Friday, a day after setting up a GoFundMe page seeking humanitarian aid for Ukrainian refugees.

“I have always considered myself an American, a proud American… But today, I have never been more proud to be a Ukrainian,” Kunis said in an embedded video.

“The events that have unfolded in Ukraine are devastating. There is no place in this world for this kind of unjust attack on humanity.”

Kutcher, sitting by Kunis’ side in the video, said the funds would be used to provide refugee and humanitarian aid to Ukrainians affected by Russia’s invasion of the neighboring country.

“The principal challenge right now is logistics. We need to get housing and we need to get supplies and resources into the area,” said Kutcher. “And I have never been more proud to be married to a Ukrainian.”

The two actors, who married in 2015, have agreed to match up to $3 million of donations, with the ultimate goal of raising $30 million. They are partnering with the short-term housing websites Airbnb.org and Flexport.org, which organize shipments of humanitarian aid to refugees.

Russia aims to erase us, Ukraine’s Zelenskiy says on day 7 of war