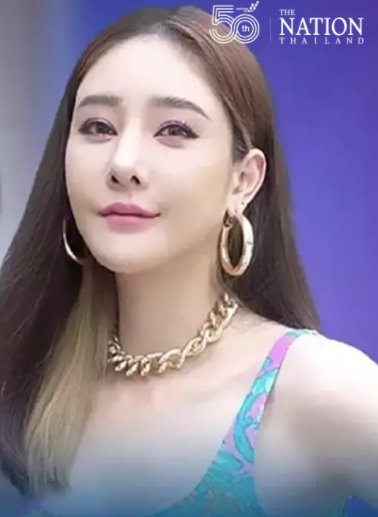 Grief over the death of Nida “Tangmo” Patcharaveerapong has spread to China, after the 37-year-old Thai actress’s body was retrieved from the Chao Phraya River.

News of her death ranked 11th on Chinese social media platform Weibo on Saturday, according to the Aizhong Facebook page.

The body of the actress was found floating near the Rama VII Bridge in Nonthaburi province on Saturday afternoon following a two-day search operation.

Nida reportedly fell into the river from the back of a speedboat she was riding with a group of friends late on Thursday night.

Aizhong said many Chinese netizens follow entertainment news from Thailand and were mourning the death of Nida. The page added that some Chinese netizens said they were fans of “Bai Mai Tee Plid Plew” (“Fallen Leaf”), the Thai television drama starring Nida.

“Bai Mai Tee Plid Plew,” which aired in 2019, received a good response in China where it trended on the Weibo and Xiaohongshu social media platforms,” the page said. The TV show had spurred Chinese viewers’ interest in Thai dramas and also in Nida, it said, before expressing sadness at her death. AP/JB