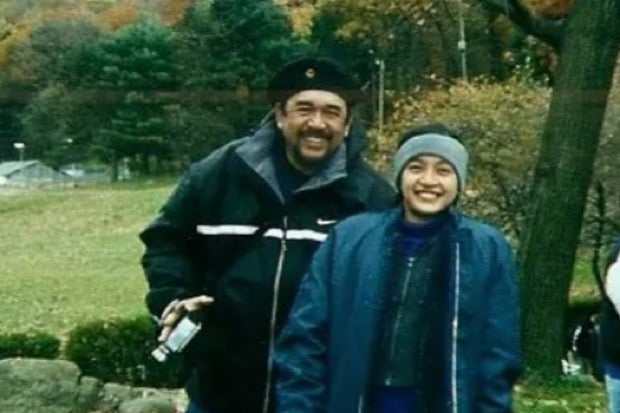 Ina Feleo remembered her late father, esteemed actor Johnny Delgado on his birthday, and showed a scene of his last film with her.

Feleo made her greeting while pointing out that Delgado’s birthday only happens every leap year, as per her Instagram page last Sunday, Feb. 27. Her greeting came with a clip from her short film, “Labing-Labing,” where she worked with her parents, Delgado and actress-filmmaker Laurice Guillen.

“A clip from ‘Labing-Labing,’ a short film I directed in 2009 where I [cast] my parents as two leads. This also turned out to be daddy’s last film,” Feleo said.

In the scene, Delgado appears to be painting while making fun of Guillen, who is holding a jar and shaking it.

Feleo then recounted how her father asked her to make more films together, adding that he only wanted to do further acting if it’s for her.

“It’s very sad that I only had this one film with him, but I am also grateful that his one-of-a-kind laugh is immortalized in this film,” she added. “Happy birthday in heaven, daddy kong mahal ko (my daddy whom I love).”

Delgado died of cancer in 2009, after being diagnosed with it in 2008. A multi-awarded actor with Urian and Famas honors, he appeared in numerous acclaimed films including “Kakabakaba Ka Ba?” by Mike de Leon (1980) and “Tanging Yaman” (2000) directed by his wife Guillen. JB