Jason Momoa, Lisa Bonet 'very much back together' after announcing split in January | Inquirer Entertainment

Jason Momoa, Lisa Bonet ‘very much back together’ after announcing split in January 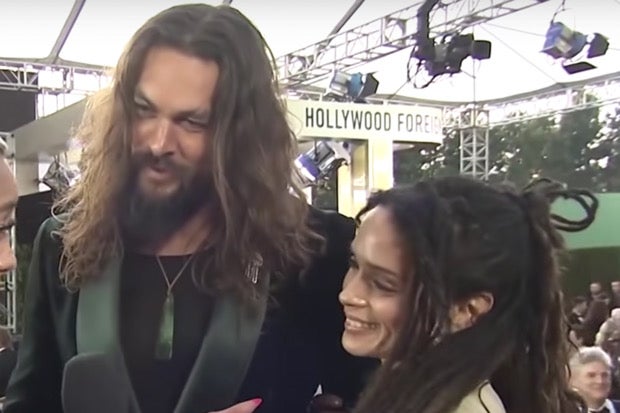 Jason Momoa and Lisa Bonet are reportedly “very much back together” and calling off their divorce over a month after announcing their split.

The “Aquaman” star appears to be mending things with Bonet as he reportedly moved back in with his wife, as per an exclusive statement of an unnamed friend of Momoa to HollywoodLife last Friday, Feb. 25.

“Jason moved back in with Lisa about two weeks ago and they are very much back together,” the source was quoted as saying. “They decided to work on things rather than throw in the towel because they have so much invested in each other.”

The source added that the couple’s children, Lola and Nakoa-Wolf, were “obviously thrilled” with their parents’ decision to save their marriage.

“Everyone is really hoping that they can make this work this time around,” the source said.

While there’s still no confirmation from the two, Momoa, meanwhile, showed his support to Zoë Kravitz (Bonet’s daughter with rock star Lenny Kravitz) who is starring as Catwoman in “The Batman,” as seen on Momoa’s Instagram page yesterday, Feb. 28. Momoa can be seen posing with Channing Tatum, Kravitz’s boyfriend, who will be attending “The Batman” premiere with him.

“CHEEEEHUUUUUUUU. SO EXCITED. [Channing Tatum] and I are on our way to see our ZOZO,” Momoa said. “I’m so beyond proud of you [Zoë Kravitz].”

Momoa and Bonet have been married for five years but started dating in 2005. Momoa announced their separation in an Instagram post, which has since been removed from his page. Anne Pasajol/JB