Miriam Quiambao explains why her family moved to Boracay 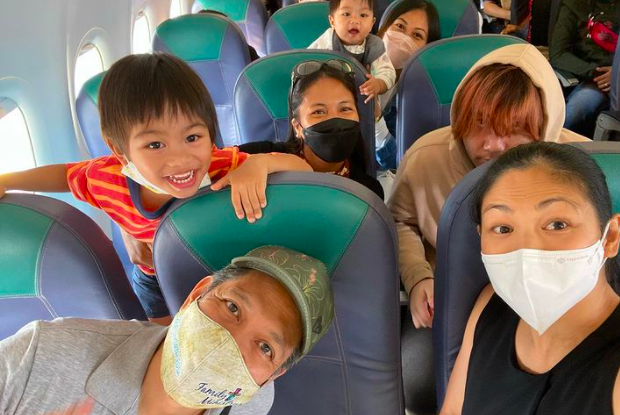 Miriam Quiambao revealed the reason why her family had decided to move to Boracay and opened up on how she has been enjoying island life so far.

The Binibining Pilipinas Universe 1999 titleholder talked about her family’s move to Boracay during her guesting on the “Bawal Judgmental” segment of “Eat Bulaga” last Tuesday, Feb. 22. She was asked by host Paolo Ballesteros why they chose Boracay as their new home.

(When my husband was walking around our  village, it was like the Lord told him, “You don’t have to stay in the city, you can go outside of the city.” Then when he thought about it, beach. He considered Batangas but [the homes] seemed too far away from civilization and we have little kids.)

Quiambao then recalled that her husband came across apartments in Boracay and noticed that rent prices had dropped.

Aside from the rent prices, Quiambao also noted that her family wanted to enjoy an outdoor lifestyle and believed it would be good for their mental health.

“It makes mental health sense, it makes family sense and then it makes economic sense. So, why not?” she said.

Quiambao revealed that her family took a 16-month lease in Boracay and will be staying at their new place until at least June 2023.

The beauty queen added that her kids have been having a “very rich experience” with their “simple life” in Boracay, though she does sometimes miss the “convenience” of online shopping when she was living in the city.

Quiambao and her husband Ardy Roberto tied the knot in 2014. Quiambao gave birth to their first child, Elijah, in February 2019 and their second child, Ziki, in July last year. The couple also has a son, Joshua, whom Roberto adopted with his previous late wife Tingting.  /ra

Miriam Quiambao recovers from COVID-19: ‘It feels good to be negative’