The Vikings are back: ‘Valhalla’ series brings more adventures to screen 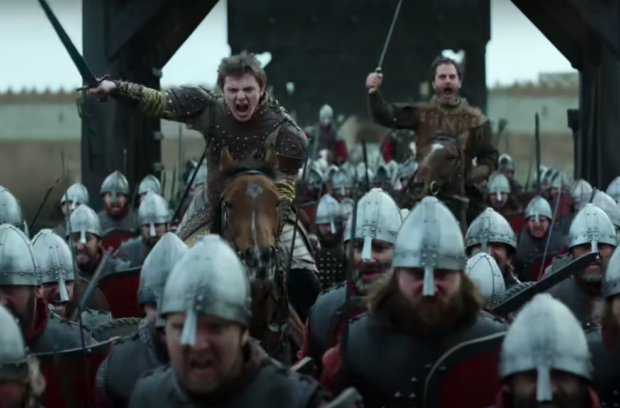 LONDON — The new show “Vikings: Valhalla,” which starts streaming on Friday, pairs history with drama to narrate Viking adventures from more than 1,000 years ago, starting with a revenge mission against the English throne.

Set some 100 years after the end of the hit series “Vikings,” it tells the tales of Norse figures like explorer Leif Eriksson, his headstrong sister Freydis Eriksdotter and determined Prince Harald Sigurdsson.

“It was great to dive into the legend that lives in these sagas but stripping it back down and really telling a human story,” actor Sam Corlett, who plays Leif, told Reuters.

The plot follows Greenlanders Leif and Freydis who travel to Kattegat on a personal vendetta, but he is soon drawn by Harald (Leo Suter) and King Canute (Bradley Freegard) to avenge fellow Vikings killed in England.

“It was incredible to work on a show where you have space for two strong female leads who are working together,” Gustavsson said.

“It’s not a walk in the park… long, long, long days… we were freezing and we were tired… It’s not easy but I think the work ethic that we had together and the friendship with the rest of the cast as well just really helped,” Henderson said.

The Netflix series features plenty of seafaring and bloody battles. It also looks at the distrust between pagan and Christian Vikings.

“It tracks these characters through the reasoning of… where did they get their motivation to do that? And I found that that was really exciting,” showrunner Jeb Stuart said.

“There’s a lot of history involved in it but it’s also a grey area that a historical dramatist like myself can actually play in without making stuff up that’s outside my zone.”

Asked about the enduring popularity of Vikings, Suter said: “We’re still talking about them, right? They did amazing things. King Canut glued together a North Sea empire. Harald Hardrada was a ferocious fighter who travelled across Europe, Leif connected Europe and America.”

“So the feats they did were historic… They were legends of their time.” JB