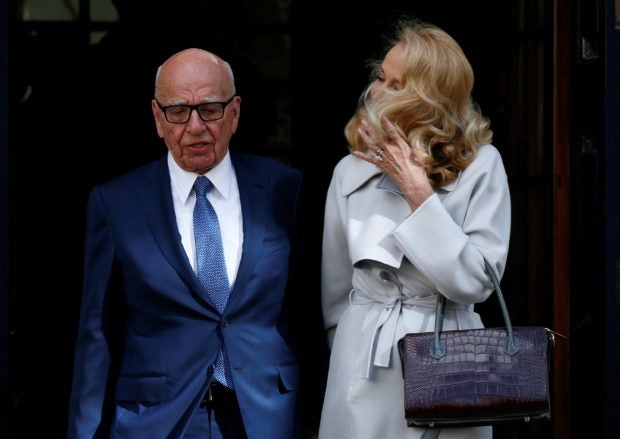 A new documentary series, “The Murdochs: Empire of Influence,” will premiere on CNN+ when the streaming subscription service launches in the spring, the company said on Thursday.

The series is based on Jonathan Mahler and Jim Rutenberg’s New York Times Magazine article “How Rupert Murdoch’s Empire of Influence Remade the World,” which examined the legacy of media mogul Rupert Murdoch.

The six-part series will offer a behind-the-scenes look at the rise of the media tycoon, his influence around the globe, and the intense succession battle between his children over who would inherit control of his media empire, CNN said in a statement.

Most of Murdoch’s 21st Century Fox entertainment assets were sold in 2019 to the Walt Disney Co, though Murdoch retains control over Fox News parent Fox Corp and News Corp, owner of the Wall Street Journal.

CNN is a unit of AT&T’s WarnerMedia, whose HBO network distributes the acclaimed drama, “Succession,” which is inspired by the Murdoch family.

Executive producers for “The Murdochs: Empire of Influence” are Ken Druckerman, Banks Tarver and Erica Sashin for Left/Right; Sam Dolnick and Kathleen Lingo for The New York Times; and Amy Entelis and Lyle Gamm for CNN Original Series. JB