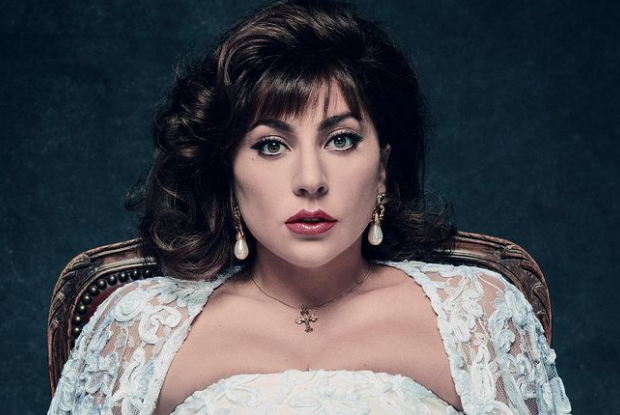 Lady Gaga did not receive an Oscars nomination for her performance in “House of Gucci,” but she handled the snub with class as she congratulated those who received recognition at the Academy Awards.

The singer-actress, who plays Patrizia Reggiani in the Ridley Scott film, expressed her admiration for her longtime hairstylist and Oscar nominee Frederic Aspiras on her Instagram page today, Feb. 9. Aspiras landed the movie’s only Oscar nod for best makeup and hairstyling.

“I could not be happier for a man I call my brother, who I’ve worked with for the last 15 years, @fredericaspiras, for his nomination in makeup [and] hairstyling for ‘House of Gucci,'” she said.

Gaga also described Aspiras as “magical, [precise] and dedicated” prior to shooting “House of Gucci” and while filming it. She noted that the hairstylist prepared “dozens of wigs for months” and worked on the project for at least a year.

“He’s a living genius and Freddie, we are all so grateful to just even be near your talent, creativity and generosity of spirit. You continue to show your artistic DNA, your plan, your [vision] and your deep connection to your family that drives you to excellence at all times. I love you, I’m rooting for you,” she told Aspiras.

Gaga then congratulated Aspiras’ fellow nominees and saluted them for their hard work and dedication to perform amid the COVID-19 pandemic.

“Your dedication during [COVID-19], your huge hearts and your ability to tell amazing stories is a gift to the whole world during what is for many a very hard time. Congratulations, my friends. Bravo!” she said to the Oscar nominees.

Gaga received support from her fans who said she “deserved better” after not receiving a nod, as seen in comments to her Instagram post. 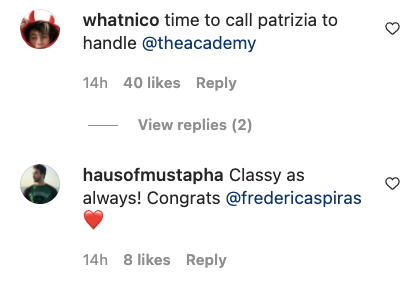 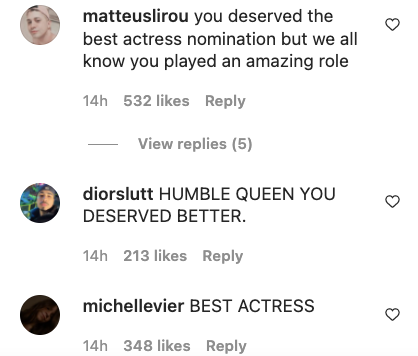 Prior to the announcement of Oscar nominees, Gaga was seen by awards watchers as a likely pick for best actress. Back in 2019, Gaga was nominated for the category for her performance in the film “A Star Is Born.” She also won best original song for “Shallow.”

Other notable absences from the list of nominees include the Marvel hit “Spider-Man: No Way Home”; Denis Villeneuve, who helmed the critically acclaimed “Dune”; and Caitriona Balfe, who was nominated in the Screen Actors Guild and BAFTA film awards for “Belfast.”  /ra

Read Next
LOOK: Arci Muñoz makes Hollywood red carpet debut for ‘Jackass Forever’
EDITORS' PICK
Geek out at TOYCON 2022 powered by Smart Signature
House energy committee chair Arroyo bats for cheap electricity
UK’s Boris Johnson will resign, BBC reports
High inflation: Your P1 is now worth only 87 centavos
Unemployment rate up to 6% in May
High-risk pregnancy: Reducing your risk is in your hands
MOST READ
Suspect in grisly killing of missing woman in Bulacan arrested
Kim Atienza’s daughter flaunts bikini body in response to critics of her ‘revealing photos’
Japanese artist who created ‘Yu-Gi-Oh!’ found dead in the sea
FDA probes popular Filipino noodle brand for ‘high level of ethylene oxide’
Don't miss out on the latest news and information.