James Gunn and his team explain method to ‘Peacemaker’s’ madness 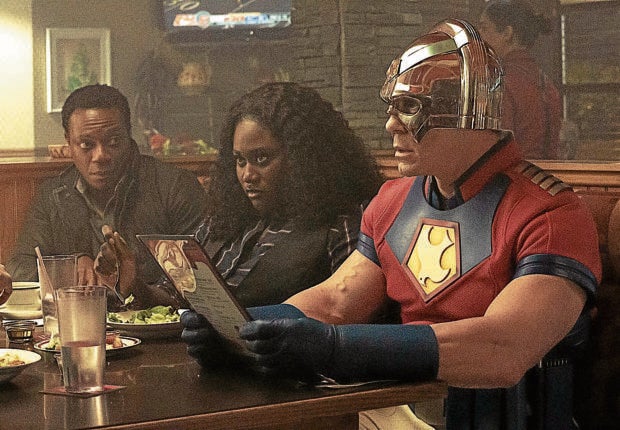 James Gunn is known for putting a fresh spin into superhero stories and knocking his unique vision for them out of the park, like what he did with the “Guardians of the Galaxy” films. But for his “The Suicide Squad” spinoff, “Peacemaker,” the perpetually inventive director was presented with a different kind of challenge.

The eight-part HBO Go series has gotten a 94-percent approval rating on Rotten Tomatoes and is now on its sixth episode. James thought that an episodic show would be a great way to get people to know the character and bring him and his team into people’s homes.

“I’ve been excited about doing television for a long time because it really is the best art form going right now,” he explained when we spoke to him, lead star John Cena and the other members of the cast in a series of virtual interviews. “The stuff on TV today is oftentimes better than any of the movies we see on the big screen.”

For executive producer Matt Miller, the reason behind “Peacemaker’s” success as a show lies in the depiction of its lead characters. “I honestly think that the reason you genuinely love this series is because of its deeply flawed characters,” Matt noted. “And you’re able to see it through the eyes of James Gunn, which is nuanced and comedic and emotional and scary and entertaining. Ultimately, this series works so well because of the same reason why a lot of great TV shows work—it’s a family of very disparate characters coming together and forming this very strange bond and dynamic.”

Executive producer Peter Safran agreed, “The series gave James Gunn the opportunity to have free rein with his creative vision for eight episodes. You know, you’re somewhat limited when you’re making a feature film. You’ve just got to push the story forward, particularly when you have a large ensemble. So, you don’t get to explore those characters as much as you would want.

“So, to be able to put John Cena at front and center, create this great ensemble around him, and then spend time developing each of these characters was just an incredible luxury. You have seen the screeners, and I’m sure you’ll agree that it’s unlike anything else that’s out there on TV.”

Asked why he chose Peacemaker aka Christopher Smith (John) instead of the other characters, James explained, “John Cena and I became friends on the set of ‘The Suicide Squad.’ While a lot of the characters in the film, like Ratcatcher 2 (Daniela Melchior), Bloodsport (Idris Elba) and Polka-Dot Man (David Dastmalchian), all had arcs and changed along the way, Peacemaker didn’t. We all learned something about their backgrounds, but not Peacemaker.

“John and I talked a lot on set about where Peacemaker came from and how he feels isolated all the time, even as he’s bragging about himself. And I thought those were interesting things to discover in a deeper way. 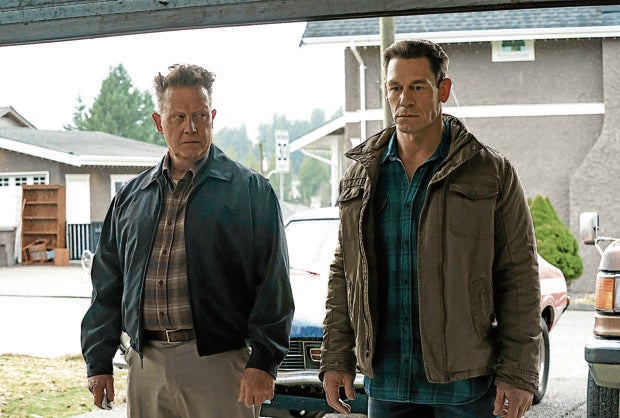 “Also, he’s a current character in a way that most of my stories have not been. They’re often emotional or spiritual, but they aren’t in any way addressing societal things that are happening today. But Peacemaker does.

“And I think the bond between him and Leota Adebayo (Danielle Brooks) is a beautiful relationship forged between two people who have completely different ways of looking at the world.”

Our Q&A with the other actors of “Peacemaker”:

I’ve spoken with you in Amsterdam five years ago about your formative years as an actor, when you were making movies with Cirio Santiago. Given your vast acting experience, how did you create Auggie? Have you met white supremacists like Auggie in the course of your very eventful career?

Oh, yeah, I’ve certainly met people like him, although not to this extreme—people who maybe share his perspective and point of view. You know, James created his updated version of what that guy would be. He’s a an engineering genius. He creates the helmets for his son, Chris Smith.

The real point of having Auggie’s character in the series is to display where Chris got his toxic masculinity. What was his upbringing, and how brutal was it? His father is a brutal guy. He’s constantly disappointed in Chris, and I think we start to get a great deal of compassion for John Cena’s character as a result of this. We start to understand him.

What satisfaction do you get out of playing evil guys? Do you enjoy causing pain as much as viewers get a kick out of watching you wreak havoc as a bad guy onscreen?

Sure, I do. So take that with you! I love acting, and I feel like I’ve been given opportunities to be a villain and a good guy many times over in my career.

This character that James created for me was a lot of fun to portray—and it was a hoot to get in and be a part of the series. That’s what it is when you join an ensemble. You get your role, find out what is expected of you, and you go for it! 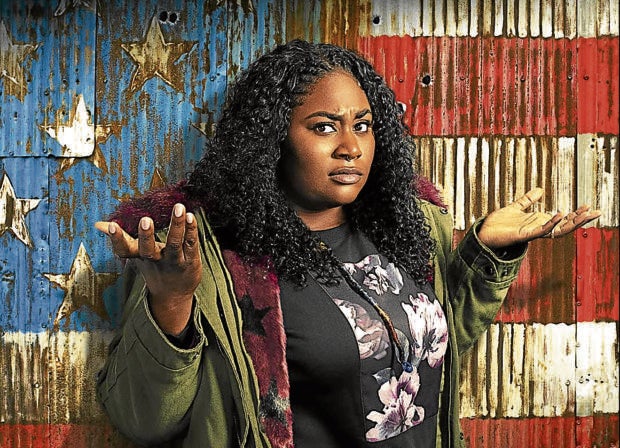 What does it feel like to be a part of the DC Universe?

It feels like hitting the lottery (laughs). It’s the best feeling ever! I’ve always hoped to do something like this, but have never seen someone like myself do anything like this. So, for me to be a part of it is a dream come true. And for James Gunn to say, “You don’t have to audition. I know you’re my girl”—that means so much to me!

Which DC superhero would you like to “drop by” on the “Peacemaker” set in a future episode?

Wonder Woman—like, we have to get some female love here! Let’s see what she’s really about. Let’s get Wonder Woman … and Aquaman wouldn’t be too bad, either. Because he’s just good to look at (laughs). I wouldn’t mind hanging out with Jason Momoa (laughs).

Can you talk about Leota’s differences and similarities with her mother, A.R.G.U.S. director Amanda Waller (Viola Davis)?

Leota’s conflict is dealing with loyalty versus morality. She’s struggling with the thought of disappointing her mom, as well as the possibility of disappointing this new team. It doesn’t matter if you’re family or not, but what I feel they have in common is that they will both do what’s right for themselves. But now, I feel like Leota might have a lot more heart than her mom. 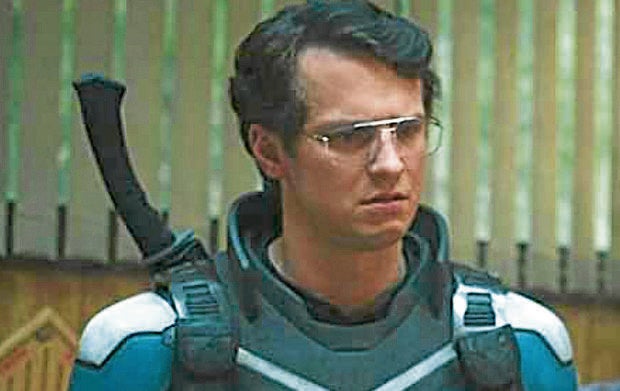 In what way are you similar to your quirky sociopathic character Adrian? Which personality is closer to yours—Prince Friedrich’s of “Bridgerton” or Adam Cromwell’s of “Unreal”?

Oh, I hope I’m not anything like Adrian Chase (laughs). Perhaps some of his childishness, a little bit of that innocence or even genuine confusion, I think that’s where a bit of me comes through. But I guess I’m closer to Prince Friedrich out of any of those characters, although Adam was a lot of fun to play as well. He had some issues, but I’m not a spoiled kid (laughs).

What was it like shooting Adrian’s prison scene to “confront” Peacemaker’s white supremacist dad, Auggie?

We shot that in one day—and a lot of it was so much fun to shoot. Matt and James just liked the idea of sending a lamb into slaughter (laughs) … and they were able to build that moment so well.

It was challenging to walk down the corridor with people hurling expletives at me and trying to keep as calm as possible. The dialogue was so well-written, and it was one of the scenes I read to get the part. And then, there’s the fantastic fight scene. I’m glad it came across well. INQ