LOOK: These Filipino 'All of Us Are Dead' memes have been turned into billboards

LOOK: These Filipino ‘All of Us Are Dead’ memes have been turned into billboards

With its global success, soaring to the Netflix Top 10 list in a whopping 91 countries, All of Us Are Dead has taken the Philippines by storm! In fact, within a mere hour of its release, the series already started making waves across the nation. It also remained a top trend on Twitter for the entire weekend.

This zombie K-drama easily proved to the world that it had so much more to it than just zombies: it had a great storyline that provided us with a ton of excitement and suspense, as well as amazing actors who offered so much drama and heartbreak. Plus, zombies aside, there was just so much about the characters and the situations inside a high school that made All of Us Are Dead so relatable. 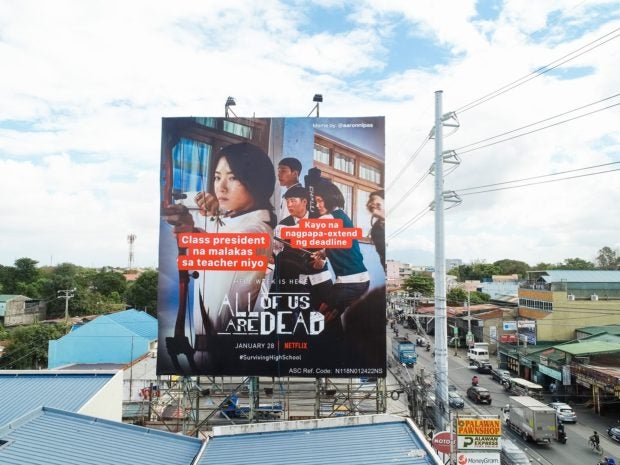 As such, it really isn’t surprising that the show has spurred many memes online by netizens reminiscing about their own high school experiences.

With so many shared moments between Filipinos who remember how things were like in high school, it’s no surprise that netizens were encouraged to share their own memories with the #SurvivingHighSchool hashtag.

To everyone’s surprise, Netflix actually turned some of these netizens’ memes into billboards! What better way to honor your viewers than by showing their content on huge billboards around the country? 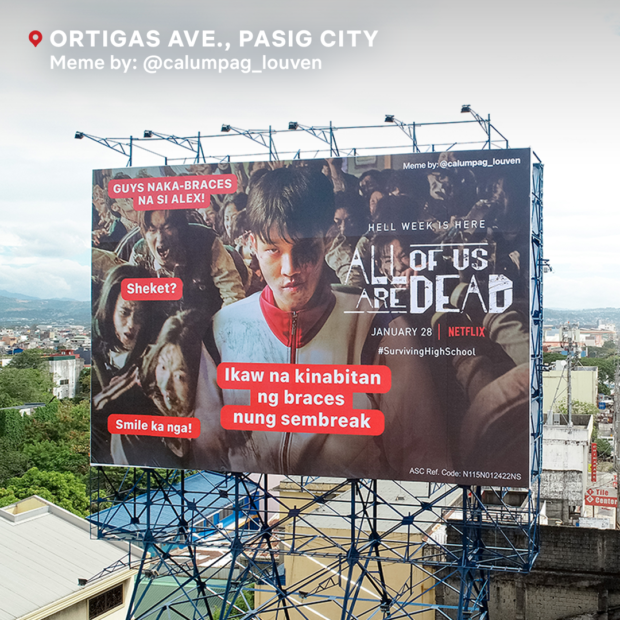 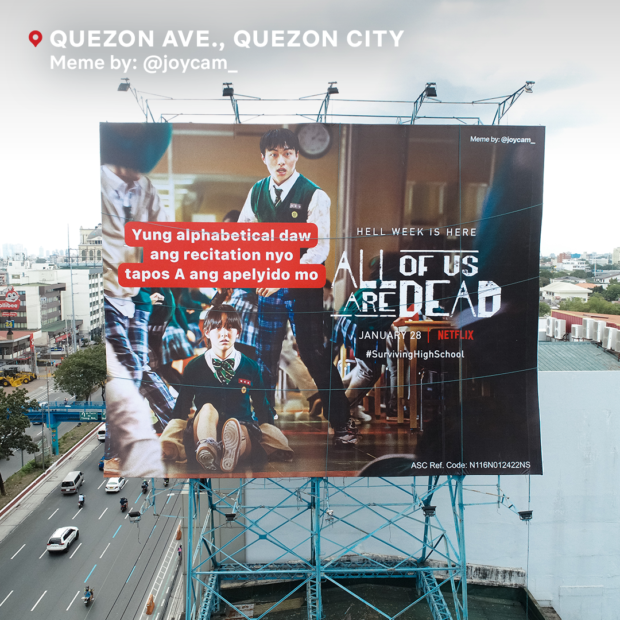 The billboards are currently filled with relatable high school moments for every Filipino—from the capital to major provinces such as Laguna and Cebu.

All 12 episodes of All of Us Are Dead are now streaming only on Netflix. The show depicts a group of high school students trapped at Hyosan High School during a zombie virus outbreak, where they desperately try to stay alive. It is currently #1 on ”Netflix’s Top 10” in the Philippines.

TAGS: All of Us Are Dead, billboards, memes, Netflix