Riopy, the pianist who escaped a sect and topped the charts | Inquirer Entertainment

Riopy, the pianist who escaped a sect and topped the charts 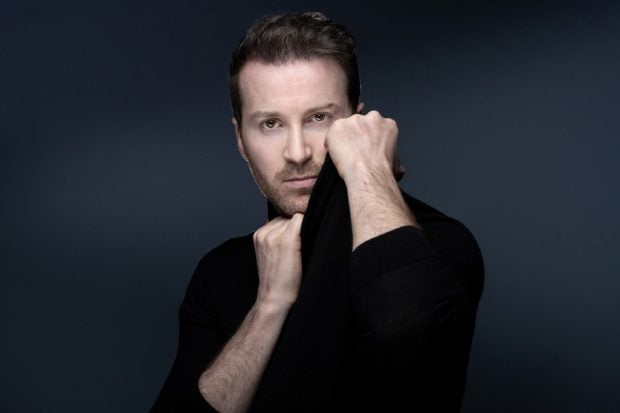 From a violent French sect to living on the streets of Los Angeles, to the top of the music charts, pianist Riopy’s incredible journey is the epitome of the idea that music can save your life.

The 38-year-old (real name: Jean-Philippe Rio-Py) wrote the trailer music for award-winning films “The Shape of Water” and “The Danish Girl,” spent three weeks at the top of the United States classical charts last month, and is streamed by millions around the world via meditation and yoga apps.

But it has been a hard road to success, worthy of a fantastical film.

“I had some bad luck that transformed into an opportunity,” he told AFP in Paris.

That is quite an understatement.

The “bad luck” was a sect in the Deux-Sevres region of western France, where he was raised by his mother along with two brothers and two sisters.

He faced beatings and other forms of psychological torment that left their mark in the form of an obsessive compulsive disorder and chronic depression.

The guru who ran the sect banned all music and television but the young Riopy found an abandoned piano and was able to teach himself to play.

“To say that music saved me is a cliche, but it’s true,” he told AFP. “They would put me on a chair and tell me: ‘Don’t move.’ It lasted hours and hours. I loved to make up rhythms in my head that I later transferred onto the keyboard.”

Today, Riopy does not like to discuss the details of the sect, but he fled home at 18 and had no contact with his mother for the next 17 years.

He found himself living rough in Paris before heading for Los Angeles, chasing the American Dream, as he put it.

“But the nightmare continued. I was cleaning toilets in exchange for a bed. I ended up on the streets. A priest tried to rape me.”

Giving up on the U.S., he eventually found himself in Reading, a town outside the British capital, and it was there that his luck finally began to change.

Someone heard him playing in a piano store and offered to pay for his studies on a contemporary music course in Oxford. From there, he settled in London and began to gig in piano bars.

“My music was so cinematic that it worked well in pubs,” he recalled.

A British film producer, Nick Saunders, heard his music online and offered to represent him as his agent.

Soon he was playing in some of the ritziest venues in the city and picking up advertising gigs for the likes of IKEA, Samsung, and an Armani spot that was viewed more than 10 million times on YouTube.

A surreal full circle was achieved one night when he was invited to play at a dinner organized by Vanity Fair and met Chris Martin, lead singer of Coldplay.

Impressed by his playing, Martin offered to buy him a piano of his own, a moment that had particular resonance for Riopy.

“When I was 18, before going to L.A., I was on the streets of Paris, in the snow. And I was crying and listening to the album ‘Parachutes’ by Coldplay,” he said.

Back from the brink

Although his life seemed to have taken an incredible turn of good fortune, Riopy remained crippled by the demons of his past.

“I was suicidal. I drowned it in alcohol and drugs,” he recalled.

Yoga and meditation helped pull him back from the brink and his career continued to blossom. He has released a trio of successful albums since 2018 and found great success as a composer for films.

His darker moods are more under control and he says he can finally enjoy life.

“I have the chance to live from my music, to have a wife that I love and two little babies, and to be able to share my music with a huge number of people,” he said. JB