Let’s talk about ‘Bruno’: Twin win for Lin-Manuel Miranda on the Billboard charts 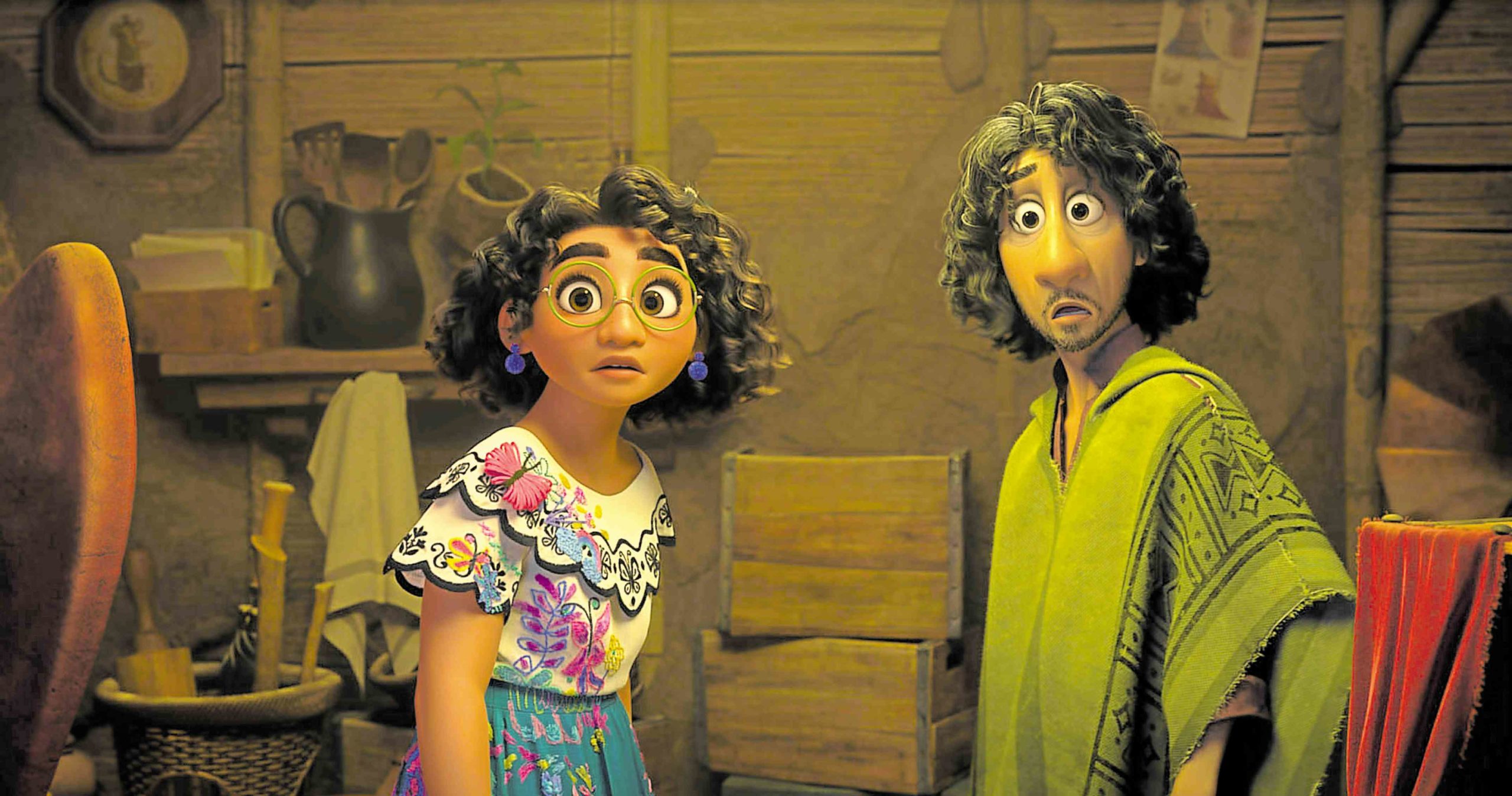 As if hitting the peak of the Billboard 200 chart isn’t an astounding feat in itself for the soundtrack of “Encanto,” the track “We Don’t Talk About Bruno,” one of eight songs written by Lin-Manuel Miranda for the Disney animated film, is also making waves of its own.

This week, “Bruno” has made history when it seized the No. 1 slot on the Billboard 100 from Adele’s “Easy On Me.”

With 34.9 million streams in the US alone, as noted by Entertainment Weekly, it duplicated the record breached by “A Whole New World,” performed by Brad Kane and Lea Salonga for Disney’s “Aladdin” 30 years ago, as the highest-charting song ever from an animated Disney movie.

When we talked to Lin about how he created music for “Encanto” last November, he told us that making songs about 12 major characters was the challenge he was most excited about, because it enabled him to “explore ways in which every one of them gets to be as fully dimensional as possible.”

Asked about what makes his music, from “Hamilton” to “Encanto,” resonate with so many people, Lin mused, “Well, music itself is powerful, right? When you play music, and then do a scan of someone’s brain, you see both hemispheres lighting up—it lights up our memories and our more critical faculties. It reaches a place inside us that nothing else can.”

Even then, Lin singled out “Bruno,” sung by Carolina Gaitan, Mauro Castillo, Adassa, Rhenzy Feliz, Diane Guerrero, Stephanie Beatriz and the “Encanto” cast, and how writing it was such a satisfying experience for him.

In the animated film, Bruno, voiced by John Leguizamo, is the estranged son of family matriarch Alma Madrigal whose power is the ability to see the future.

“There’s a song in the middle of this movie called ‘We Don’t Talk About Bruno,’ which is different from any song you’ve ever seen or heard in a Disney film,” Lin told us. “It’s meant to be the group gossip number, and it allowed me to find the musical voices of characters that wouldn’t necessarily get their own song in another Disney movie.”

Creating music for “Encanto” was more a collaborative effort than a one-man endeavor, he said: “I can say with a caveat that everyone’s ideas made every moment better, and anyone could pitch in story ideas for songs I was working on.

“I got to a level of trust with this where we would meet every Friday at 9 p.m. New York time or 6 p.m. California time. I would tuck my kids in and then try to wake up in time for my meeting. And it got to the point where I would just bring in fragments of songs and say, ‘Here’s a verse in a chorus—and here’s where I’m headed.’

“‘The Family Magical’ was written before we had a second or third act, the opening number of this I raised my hand and said, ‘We have to use music to explain who everyone is, how they’re related, what their powers are, and identifying who our way in to all these will be—and that’s the incredible Mirabel Madrigal (the film’s protagonist, voiced by Stephanie Beatriz). I wrote that knowing I would be revising it the entire time we were making the movie, during which their powers or names would change.

“We needed that cheat sheet early so that we could keep track of who was related to who. Once you musicalize that family tree in the most inviting way possible, everyone can get on board very quickly.

“I was inspired by ‘Belle,’ the opening number of ‘Beauty and the Beast,’ which starts so small, about a little quiet village. By the end of that number, you’ve been introduced to Gaston, the lady who needs six eggs, the baker and everyone else living in that town. After that, you already know the world you’re in. And that was what I was aiming for with that opening number.”

There was something else that helped shape the film’s musical sensibility: The “Encanto” team’s immersion trips to Colombia.

“Our research trips to Colombia really fueled a lot of the inspiration for the film—from the design of the house to the different types of Colombian song forms I would adapt to tell the Madrigals’ story. It was most magical every time we leaned into the specificity of Colombian music—it unlocked the story for me!

“I procrastinated the most on the big ‘I want’ song in this movie. Disney films always has this ‘I want’ song, where the hero or heroine sings about what they want, before they embark on their journey.

“And I procrastinated because Disney is so good at them. You have to forget you’re working for Disney to be able to write them. For example, it took me a long time to write ‘How Far I’ll Go’ (from ‘Moana’) because ‘Let It Go’ (from ‘Frozen’) was looming large in my imagination!

“There were these songs that got played for us one night by a trio of Andean musicians called Bambuco, which is basically Colombian waltz—it’s in three-fourths time that isn’t common in Disney songs. But it made sense because Mirabel is literally rhythmically out of step with the rest of her family. Once I leaned into that, it’s like the song began writing itself, as if by magic.”

Lin said that he also wants his music to create opportunities for others like him. “Honestly, the thing I think about a lot is, I always try to write what I see as missing,” he shared. “When I started writing ‘In the Heights” when I was 19 years old, that really came out of a place of fear. I love musicals and I wanted to bring life out of them.

“I’m Puerto Rican. And all we have in the musical canon is ‘West Side Story’ and a couple of parts in ‘A Chorus Line’—that’s all that existed. So, I knew I needed to write more stories that we can see ourselves in.

“‘In the Heights was the beginning of me trying to express that. With ‘Vivo’ and ‘Encanto,’ we’re making up for lost time. The representation for Latinos in Hollywood is abysmal, as any report will tell you, and what I learned on ‘In the Heights’ was that every time you create new roles, you’re also creating access to the next generation of talent. You’re opening the doors wider. “It was thrilling to see Anthony Ramos become a movie star this year. I remember when he walked into the door for his ‘Hamilton’ audition, we were like, ‘Who is he?’ He was always a movie star—he just didn’t have a movie to be in!

“And so again, that’s one of the great joys of leaning into my role, in the wake of the success of ‘Hamilton.’ It is providing opportunities for talent in a lot of different forms.’

“Meanwhile, ‘Tick, Tick…Boom’ is the story of the person [Jonathan Larson] who started me on this path in the first place. I saw ‘Rent’ for the first time on my 17th birthday, and it expanded my mind. It was the most contemporary show I’ve ever seen. It felt like the New York I actually lived in.

“‘Rent’ featured the most diverse cast I’ve ever seen on a Broadway stage, especially when they all lined up showing that beautiful mosaic of humanity as they sang ‘Seasons of Love.’ It would have an echo nearly 20 years later with ‘Hamilton’ in our opening number. It was the show that gave me permission to write a musical.