‘All of Us Are Dead’ tops global charts, fuels Korean zombie sensation 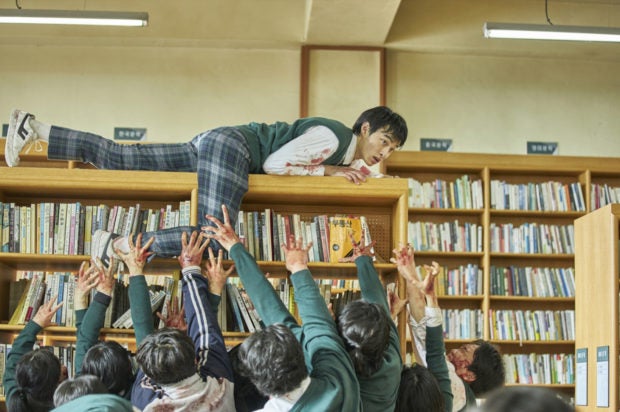 Cheong-san (played by Yoon Chan-young) escapes zombies in “All of Us Are Dead.” (Netflix via The Korea Herald/Asia News Network)

SEOUL — Global streaming platform Netflix mesmerized drama fans around the world by circling back to yet another zombie hit, “All of Us Are Dead,” after the service’s South Korean market debut with period zombie drama “Kingdom” in 2019.

The Korean zombie thriller topped Netflix’s streaming chart around the globe, reaching the top spot in 58 countries as of Wednesday, including Korea, Australia, Japan, Kuwait, Germany, Canada and more, according to US-based streaming analytics firm FlixPatrol.

The series came in second in 22 countries, including the US, UK, Jamaica and Romania.

The series, an adaptation of a classic zombie webtoon of the same title by author Joo Dong-geun, presents Hyosan High School students’ heart-pounding tale of survival amid a zombie apocalypse.

A virus, originating from the high school’s science lab, engulfs the whole school, and the fast-paced story brings viewers on an emotional roller-coaster ride.

The storyline resonated especially with local viewers, many of whom saw parallels to being stuck in the COVID-19 pandemic and the sinking of the Sewol ferry in 2014, where many students lost their lives when they were instructed to remain inside the ship.

“Splendid use and presentation of space is the biggest factor that electrifies many fans about Korean zombie series,” culture critic Jung Duk-hyun told The Korea Herald on Thursday. “The use of limited space was key to bringing the exciting storylines and action, just like how American filmmaker George Romero used a hospital in his renowned zombie projects.”

Jung credited “All of Us Are Dead” for breathing new life into the zombie genre by cleverly adopting a typical Korean high school as its setting. 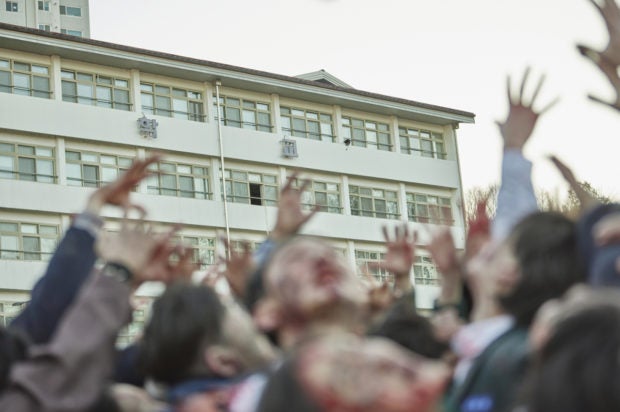 “The normal zombie actions become special in limited spaces. Similar to how the high-speed KTX train in ‘Train to Busan’ (2016) and a Joseon era palace in ‘Kingdom’ created unique zombie scenes, a Korean high school was more than enough to entertain drama fans with fascinating sequences like using a drone from a science lab, jumping over the top of book shelves in a library and fighting against zombies by wearing taekwondo, baseball and volleyball gear found in a gym for protection,” the critic added.

What do you know about Korean zombies?

TAGS: All of Us Are Dead, Entertainment, Netflix, South Korea, streaming, Zombies