Sanya and look-alike Rabiya brought together in fantasy drama series 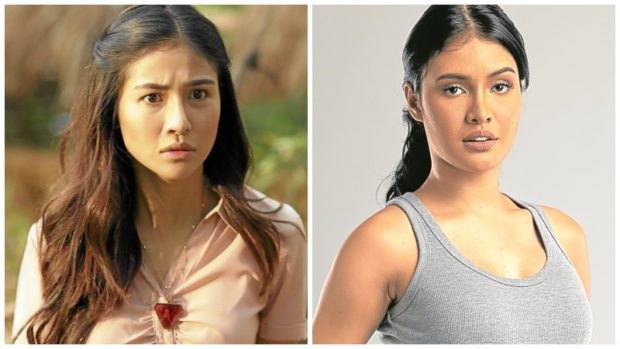 When fans found out that Sanya Lopez and Rabiya Mateo were going to be part of the upcoming second season of “Agimat ng Agila,” they started putting photos of the celebrities side by side, saying that the two women could pass off as sisters.

“People were tagging us on social media posts, telling us that we look similar. Nakakatuwa! And we’re all happy to be with her,” Sanya said in a recent video conference for the fantasy drama series, which airs every Saturday starting Jan. 29, on GMA 7. “I was so excited when I learned she was joining.”

Rabiya, on the other hand, feels flattered about the comparisons with Sanya. “I’m grateful to those saying that we resemble one another because she’s one of GMA’s biggest stars. She has always been kind to me since we first met each other at a dinner, and I look forward to building a better friendship with her,” she said.

However, they didn’t have a lot of scenes together because Sanya played only a limited role this time around, so she could focus on her other soap, “First Yaya.” “I hope we get more chances to work with each other in the future,” Sanya said.

While Sanya is the more experienced of the two when it comes to acting, the Kapuso star doesn’t really feel she’s in the position to give tips or advice to Rabiya. “Nahihiya ako… unless she personally asks for it [advice]. But she’s good from what I saw in our teaser. What I know is that she had fun doing the show,” she said.

“If Rabiya can handle Miss Universe, I know she can conquer acting, too. I have faith in Rabiya,” she added. “If ever she asks for my help, that’s when I will give advice. I’m just here if you ever need me.”

What about some tips when it comes to weighing love life and career? “I think as long as the relationship doesn’t get in the way of work, then it’s OK. It won’t hurt to have inspiration. If that will help her, then go,” she said. “But always do your best when it’s time for work.”

But from the looks of it, Rabiya already had her priorities sorted out. “Career is the focus,” said Rabiya, who’s thankful for the support her fellow Ilonggos are giving her for her first major acting project as a Kapuso talent. “They’re all excited… And my mom told me to do my best because my costars aren’t just any actors.”

“Alamat” follows the adventures of soldier and Task Force Kalikasan head Gabriel Labrador (Sen. Bong Revilla Jr.), who moves his family to a rural community as part of his duty to protect the environment. Sanya is Maya, a headstrong and compassionate local. Rabiya plays a new character, an agent named Asha.

If she could have it her way, Sanya said she would have loved to continue playing Maya. “Honestly, I feel sad. Bitin. Everyone in the team was great to work with. I just had a special participation and I will miss being part of this series,” she said. “But I know that the show will have tons of surprises in store because we have a good creative team.”

One of Rabiya’s childhood dreams was to become a Bond girl. That’s why she enjoyed doing the action scenes, she said, despite all the physical challenges. “As a beauty queen, you have to have finesse, poise, grace. Here, you really have to sweat it out,” Rabiya pointed out. “I enrolled in boxing classes and did private sessions with the action director to condition my mind and body for the character.”

“I’m loving the challenge and transition,” she added. INQ