Rocker chick: Alexa Ilacad wants to do an ‘angry rock song’ to tick off her checklist 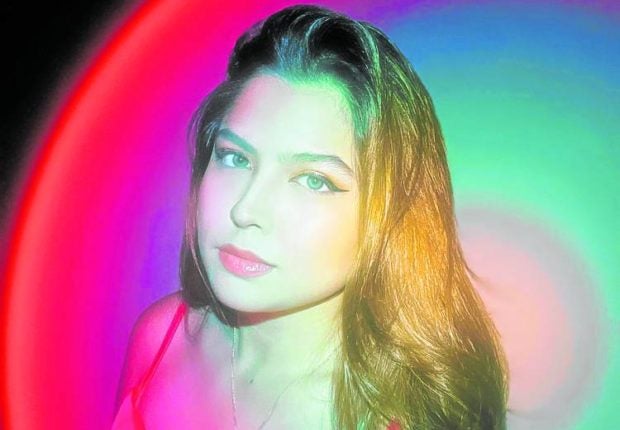 Alexa Ilacad used to think that she didn’t have it in her to write songs. And then, in 2016, she had her heart broken.

“I was fresh from a heartbreak and wasn’t into writing songs back then. I had so many questions in my head because of what had happened, but I didn’t know how to channel my emotions,” she said in a recent video conference arranged by her record label, Off the Record.

It was on a rainy day, during a car ride, that she decided to write down whatever was on her mind. “Maybe it was because of the weather, but sometimes, we get sentimental during car rides in the rain. I got my phone and typed the things I was feeling on my Notes app. Then, I realized, ‘This could be developed into a song,” she recalled.

That’s how her latest single “Paano” came to be. The electropop song, which she cowrote with her good friend and Gracenote lead singer Eunice Jorge, has Alexa asking questions after getting “blindsided” by the person she trusted the most: “Where did it all go wrong? What did I do wrong?”

“After writing the lyrics, I called up Eunice and told her that maybe she could help me put together music for this because I wanted to make a song out of my writings … Para may silbi naman ‘yung pain!” she said, laughing. “I kept it with me for so long, until I was ready to share it with people.”

While the first draft of the track had only an acoustic arrangement, Alexa and Eunice decided to give it a more electronic feel to be more in line with her two previous singles, “Stay Right Here” and “Love at First Sight.”

Since then, the 21-year-old singer-actress got more confident in her songwriting. “I used to believe that I couldn’t do it or that it wasn’t for me. I couldn’t play instruments then, either … Maybe I should stick to being a performer and singer,” she said. “And then, I discovered that I could actually do it. I built my confidence and now I know I can do it.”

While most of her recent material is pop-leaning, Alexa said she’s always open to experimenting with other music genres. So, why not give rock music a shot? After all, she grew up listening to it and used to be obsessed with alternative and punk rock bands like My Chemical Romance.

“I collected the band’s CDs, and the first song I ever liked was theirs … I feel like I have a rocker chick that comes out of me when I’m onstage. They say I’m halimaw onstage, which I take as a compliment. I have always felt that the stage is a safe space, where I can just let loose,” she said. “I would really like to do an angry rock song. It’s something I want to tick off my checklist.”

But as she got older, the more expansive her taste in music became. “Through the years, I discovered new artists who inspired me to write more,” she said. “Music is something I have always loved since I was child. I loved performing and singing. I would sing in the car and the shower, my parents told me.”

Alexa, who recently joined the 10th season of the reality show “Pinoy Big Brother,” admitted that the pandemic has taken a toll on her physical and mental health, and that she was still adjusting to life in the outside world. If she can give a piece of advice to her fans who are going through the same thing, Alexa said it would be to take it one day at a time.

“We shouldn’t pressure or force ourselves. We can take breaks, which is important, because every day is a new battle. We have to recharge. Sometimes, we feel we have to work hard and be stable at a young age,” she said, adding that having a support system is also a big help.

“If you’re not OK, ask for help, because that’s what I did. And it has helped me become a better version of me. The pandemic really played with my brain, so it’s good to have a support system … in times like these,” Alexa added. INQ