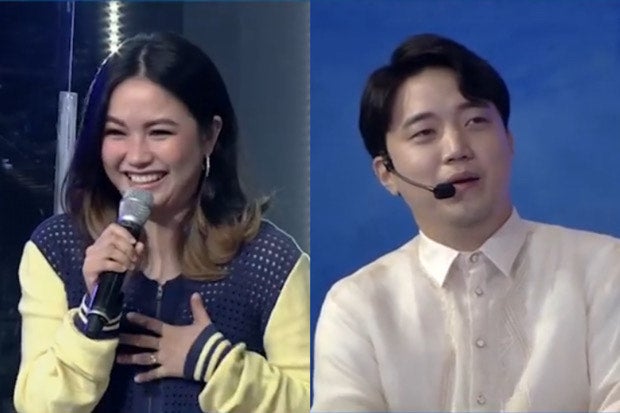 Yeng Constantino has further talked about her romantic history with Ryan Bang, adding how it was the inspiration behind her song “B.A.B.A.Y.”

The two previously revealed their past romance, after Constantino teasingly asked Bang about what happened between them in an episode of the noontime variety show “It’s Showtime” on Friday, Jan. 28. Bang supposedly “ghosted” Constantino, after the comedian suddenly stopped pursuing the singer without any notice.

Constantino then spoke about how her song “B.A.B.A.Y” was about Bang and what happened between them. This she shared also in an episode of the show yesterday, Jan. 29, after host Vice Ganda addressed fans’ speculations that Constantino’s song “Chinito” was about Bang.

(Actually, Chinito was written by a guy, Jed Dumawal, my friend. It was originally entitled “Chinita,” I listened to it and said, “This is a good song, I want to sing it.” But there was this song which was inspired by [my and Bang’s] romantic history. Do you know the song “B.A.B.A.Y”?)

Constantino sang a part of the song which talks about the ways he could’ve said goodbye to her, instead of just disappearing like a bubble.

The singer then thanked Bang for the memories they had, noting how it made her feel appreciated at the time. She also spoke about how the girl he will end up with would be so lucky because he is patient and persevering.

(Thank you because in that short period of time when you made me feel special, that I was important, it mattered so much to me at the time. What I want us to take from this experience is the happiness that we brought to each other at that time.)

(The girl you will end up being with will be so lucky because I myself experienced how you make a person feel special — your effort, your patience.)

Constantino has been married to musician Yan Asuncion for almost seven years now, after tying the knot with him in February 2015. JB