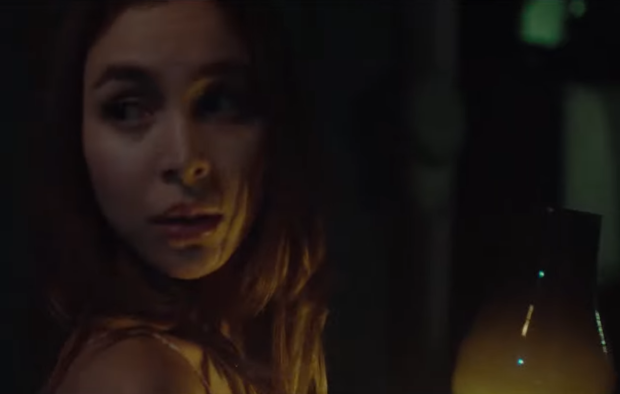 Julia Barretto and Xian Lim are set to be seen in chilling scenes inside a haunted house as they star in the upcoming horror film “Bahay na Pula,” helmed by director Brillante Mendoza.

The teaser features Barretto and Lim as partners moving into an old house, as seen on Viva Films’ YouTube channel yesterday, Jan. 27. The pair then start to hear noises in the house after dark, seemingly alluding to the evil spirits living in the home.

Barretto is also shown being romantically involved with another man (Marco Gumabao) and in an altercation with Lim.

“Bahay na Pula” is set to have its world premiere on Feb. 25 via streaming service Vivamax.

It is Barretto’s latest film since she starred in the 2020 thriller movie “Block Z,” where she was joined by her former onscreen partner Joshua Garcia. She is also set to appear in the upcoming Viva film “Expensive Candy,” where she stars alongside Carlo Aquino.  /ra