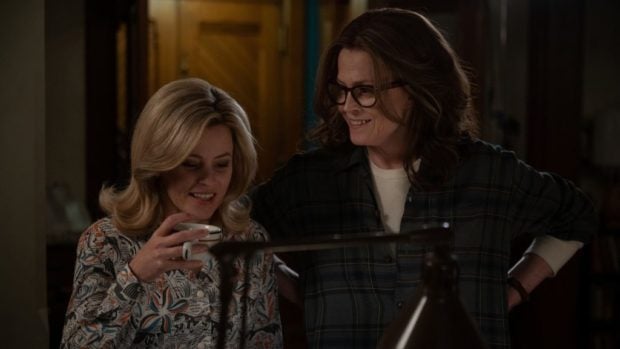 With abortion rights under historic threat in the United States, directors brought three films to the Sundance festival that spotlight the grave dangers women face by undergoing or organizing illegal backstreet procedures.

Star-studded feature “Call Jane” and documentary “The Janes” portray the 1960s Chicago collective who helped connect pregnant women with underground doctors, while award-winning drama “Happening” follows a young woman who risked everything to procure an abortion in 1960s France.

“Having lived through that time, believe me, we do not want to go back to that,” said Sigourney Weaver, who stars in “Call Jane.”

“I hope that we can engage the younger generation who have always had this and may have taken it for granted. Put the focus back on the woman herself,” she added.

The festival has fallen on the 49th anniversary of Roe v. Wade, the landmark Supreme Court ruling establishing abortion rights in the United States.

That constitutional right has come under steady attack as laws in a number of Republican-led states have made it increasingly difficult for women to obtain abortions.

Phyllis Nagy, director of “Call Jane,” said she was “struck by the need to tell a story about women that gave women agency, that could do it with humor, with a light touch, and with some urgency.”

“I think there are a number of films, because it is an important topic… These things are extremely necessary in order for our cherished right to choose not to disappear entirely,” she said.

‘We thought we won’

The “Jane” collective emerged in the late 1960s, with roots in the civil rights and anti-war movements, and operated until abortion was legalized in 1973.

Volunteers, mainly women, set up telephone hotlines, offered up their apartments as makeshift clinics, drove their family cars to collect pregnant women before their procedures, and helped find money for those who could not afford to pay for illegal operations.

Some of the “Janes” even learned to carry out the procedure themselves.

“These are women without whom I wouldn’t have had the freedoms that I have enjoyed for my entire life,” said “Call Jane” star Elizabeth Banks.

More than a dozen members of the group are interviewed in documentary “The Janes,” which premieres Monday, and will show on HBO and HBO Max later this year.

These include Heather Booth, who started the collective by finding a doctor for a friend’s sister who was suffering suicidal thoughts after becoming pregnant.

“Even talking about performing an abortion was a conspiracy to commit a felony,” recalls Booth.

By the time Roe v. Wade made their work redundant, several of the group had been arrested and charged.

“We were thrilled, and we thought it was over. Who knew what would follow? But we thought we won,” said another member, named only as “Jeanne.”

Based on Annie Ernaux’s autobiographical novel, it captures not only the danger of arrest or even death for those risking illegal abortions, but also the rejection, loneliness and shame suffered by young pregnant girls at the time.

“My expectation is not only to show the movie to people who do agree with me, but to people that don’t, and to see ‘how do you react?'” Diwan told AFP.

“It is one thing to say ‘I’m against abortion,’ but do you agree that a human would have to go through that whole journey?”

The film is playing at Sundance before its U.S. release this spring by IFC Films.

“In the ’60s in France, the law was really hard. Even trying to help someone get an abortion, you could end up in jail,” said Diwan. “And I mention it because I know unfortunately it’s also the case nowadays in other countries.”

Anamaria Vartolomei, the movie’s star, said she “felt a certain duty I had because I’m a 22-year-old girl with rights, with freedom.”

“It’s meant to open discussion, so I hope it will… I’m glad to see where the discussion will be brought on this topic in the United States.”