‘My Delivery Gurl’ actors speak up: Respect all genders, intimacy not just physical 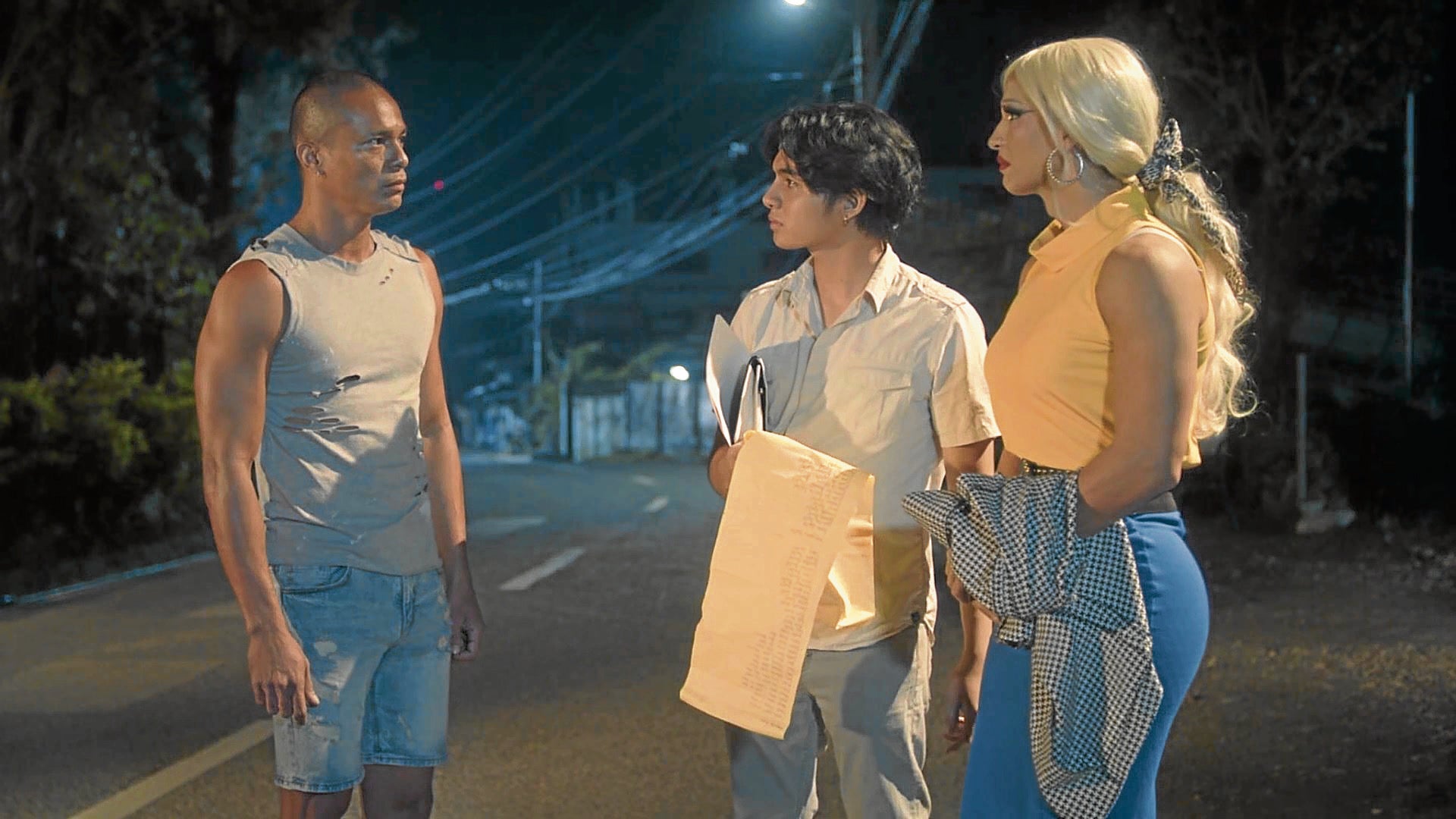 As part of the drag-focused, LGBTQIA+ show “My Delivery Gurl,” model-actor Rocky Salumbides hopes to help underscore the importance of respect for everyone, regardless of gender or sexuality.

“Respect is a given … for all people, no matter what their choices are. ‘Di na dapat natin tinitignan ‘yun—it should already be normal in our everyday lives,” he said in a recent virtual conference for the romantic comedy series, which releases new episodes every Saturday night on Cignal Entertainment’s streaming service, Cignal Play.

Doing projects like this, Rocky said, further deepens his understanding of the community.

“Nanggaling din kasi ako sa lugar na pinupuna lahat ang mga nasa paligid: ‘Ay, bakla ‘yung anak ni ganito… bakla si ano.’ That was the reality I experienced,” he recalled. “But as I grew older and got projects like this, I realized that the world is evolving … that we shouldn’t focus on our differences. Let’s just lean toward respect and acceptance for all.”

Directed by award-winning director Carlo Enciso Catu, “My Delivery Gurl” follows Bianca D (Markki Stroem), a drag performer forced to relocate to the countryside together with his ragtag family of misfits due to financial hardship.

There, Bianca D. works as a glamorous delivery girl and crosses paths with her childhood sweetheart, Jakoy (Rocky). 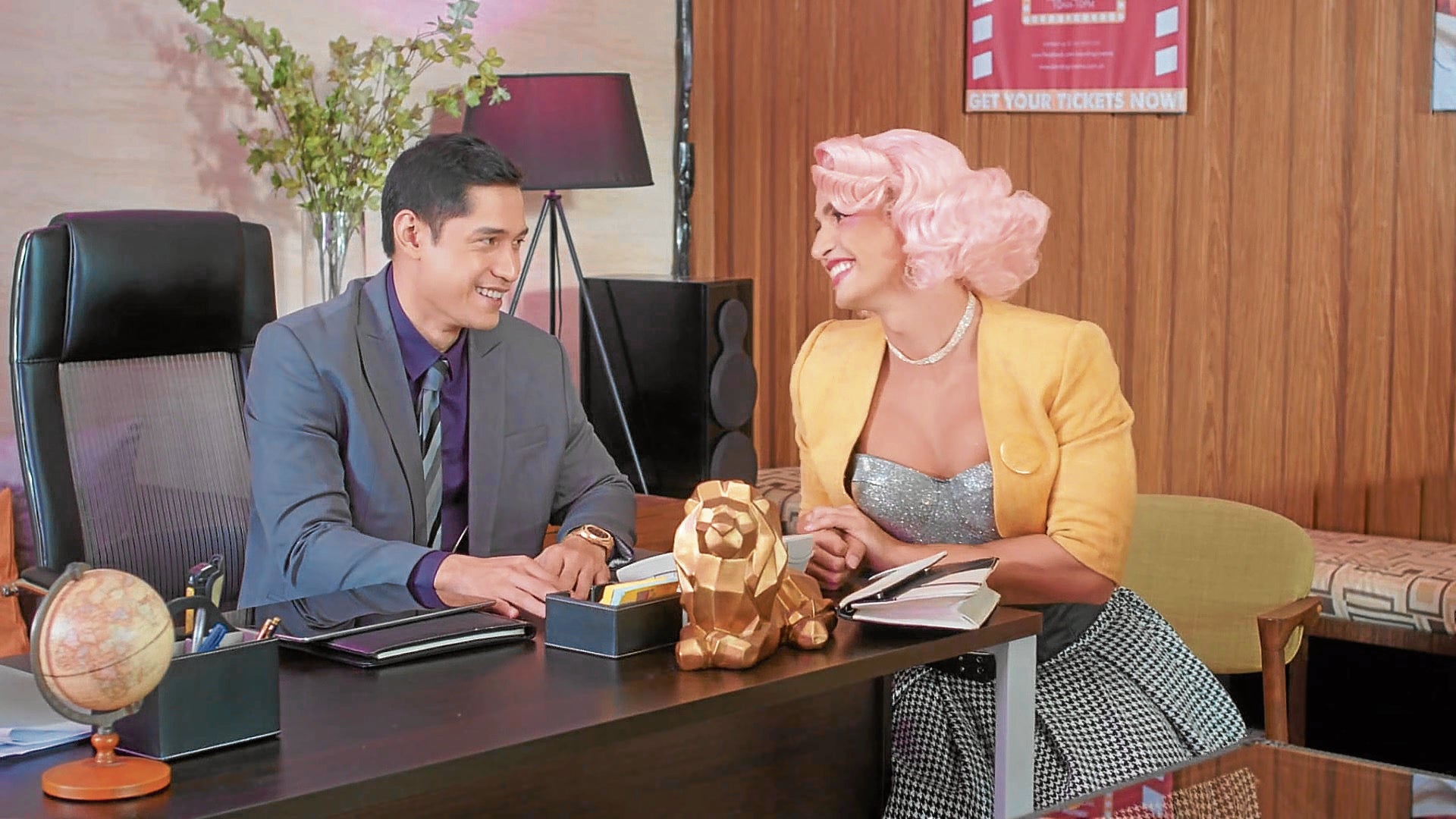 Asked if he and Markki shot intimate scenes for the show, Rocky said he didn’t want to spoil anything, but hinted that there was one he had to prepare for.

“I just stuck to the script out of respect for the creative team who did their research to put this story together,” he said. “I rehearsed it in my head, how I intend to do it, so that when I arrive on the set, our director would just have to make edits here and there. It’s easier that way. That helps because sometimes you tend to overthink.”

“They will have to watch out for that, of course, to make it exciting. But for me, intimacy isn’t just physical; it’s also about feelings for the person you love. Intimacy also includes companionship and touch. I hope the audience sees the genuine attraction between the characters. We really tried to flesh them out,” he said. “They will see how Boss Sam slowly falls for Bianca.”

Victor felt that Boss Sam was tailor-made for him. “The character is an entrepreneur. We’re the same age. He likes suits, watches … but is also very malambing to his partner. So I think I was handpicked and it was easy for me to get into character,” he said.

The model-actor is no stranger to LGBTQIA+-themed projects: He had played gay roles in the 2007 Cinema One originals entry “Maling Akala” and in the 2013 GMA 7 drama series “My Husband’s Lover.” What was difficult, however, was getting back into the groove of acting after a break.

“I came from a long hiatus… It was also my first locked-in taping, so I was a bit nervous. But the good thing was that Markki and I helped each other … nagbibigayan kami in our scenes. That’s why I’m thankful to have a coactor who’s supportive throughout,” he said.