Light at the end of the tunnel for performers’ rights group 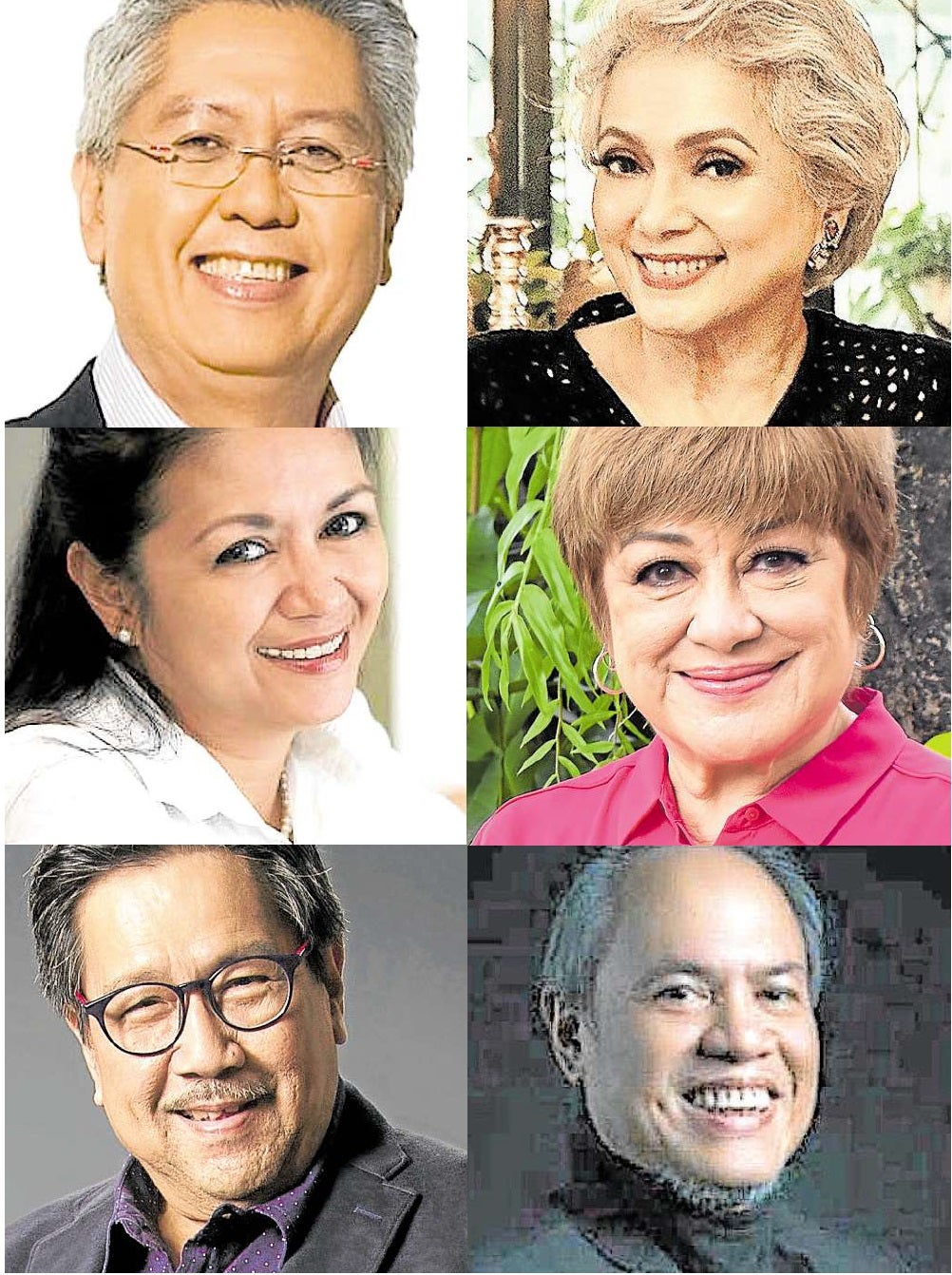 Nobody said that their work was going to be a walk in the park for the leaders of the Performers’ Rights Society of the Philippines (PRSPh). The nonstock, nonprofit Collective Management Organization (CMO) for audiovisual and music performers, which is headed by Leo Martinez (chair), Mitch Valdes (president), Celeste Legaspi (vice president) and Debbie Gaite (managing director), aims to collect remuneration or residuals for its members. But even with the Intellectual Property Law taking a more clarificatory and prescriptive shape these days, that’s still easier said than done.

By “performers,” we don’t just mean actors and singers, but also musicians, dancers and other persons who act, sing, declaim, interpret or play (like session musicians) any artistic work.

According to the Intellectual Property Code, a performer’s “exclusive” rights include, among others, authorizing the broadcast and reproduction of performances fixed in sound recordings or audiovisual works. Like the royalties that songwriters get, performers are trying to put in place a system that allows them to get paid for the “rebroadcast” of their performances.

“We at PRSPh represent performers, and we collect for them,” Celeste told Inquirer Entertainment. “[It has been a little complicated because] the Intellectual Property Law requires a performers’ CMO to be working with a producers’ CMO. But for years now, we’ve been on the losing side with the producers. So we’re now working with the CMO of indie producers.”

“OK, I’ll just give you a basic background,” said Mitch when we recently interviewed her, along with Asosasyon ng Musikong Pilipino (AMP) head Mel Villena and the Independent Music Producers of the Philippines’ (Impro) corporate secretary Marco de Leon. “There are two categories in our performers’ group. We have one for sound, which is for musicians. That’s the one that has to partner with a producer. Audiovisual performers who appear on TV or in music videos don’t need to team up with a producers’ CMO because they work directly with the broadcaster.

“But we had difficulty with the sound category because there’s always been an imbalance between the producers and performers’ rights to collect. We need that partnership to be given accreditation, but it was so difficult to make the producers agree to the terms surrounding the concept of collecting equally. “Since they’re empowered by the nature of the business, siyempre ayaw ng mga producers [ng equal sharing]. Even internationally, it took years and years of legal back and forth to settle this issue. “But we need to collect as one because the law says you cannot collect more than once for a single song. Kailangang iisa lang ang mangungulekta and with 50-50 sharing—and this became a contentious issue. After six years of negotiations, all we reached was a stalemate.”

And this is where the Impro, represented in the interview by Marco, providentially enters the picture.

“Since nothing was happening with that other producers’ group, it was pointed out to us that the record labels were not the only sound producers around,” Mitch explained. “Fortunately, in the last five years or so, we’ve been seeing the rise of independent producers who could operate on their own and weren’t connected to major labels. “So, we finally got together with Impro—for which Mr. C (National Artist Ryan Cayabyab) is also a founding member—and signed a memorandum of agreement with them. They’re now legally accredited with the Intellectual Property Office (IPO).

“From my understanding, social media has its own rules as far as talent fees are concerned—and we don’t touch that. Producers need not worry about us because we don’t really get a cut from what they earn. What we concern ourselves with is if you ‘reproduce’ or ‘rebroadcast’ our members’ performances. It’s not called royalties (because that’s for composers)—we call it remuneration, which is a related right.

“We do not claim that we own the music, we are simply collecting for the ones who interpret a composer’s music. But producers prefer to keep musicians out of it kasi, as they say, ‘bayad na sila’—and that’s the problem.”

But nobody could have put the plight of artists seeking remuneration for their work better than the national artist himself. In the interview, the need to “adjust” artists’ perspective about demanding for their rights was repeatedly underscored.

“Composers are aware of how much we’re getting because we have publishers handling that,” Ryan shared. “But this [concept of sharing] is new to musicians because it’s always been made clear to us that we are paid for services rendered soon after the performance. Laging pinamumukha sa amin na kapag nag-perform kami, bayad na ’yun!

“But eventually, people will have to understand that every time a performance is shown or replayed, that’s a whole other realm that we used to ignore … and it should be remunerated. It doesn’t matter how small it is, but it’s a form of recognition of the artists’ work just the same. It builds these artists’ confidence.

“Musicians don’t enjoy charging for their work kasi nahihiya tayong sumingil, but no, we were just conditioned to have this mind-set. When you get paid for your work, you realize its value. Entertaining an audience isn’t enough. “The mere fact that people are paying good money for you to do what you do well, it should make you realize that appreciating it isn’t enough—[getting paid for] it is a right!

For his part, Mel, speaking on behalf of musicians and the members of AMP, added, “That’s a great explanation from Mr. C, and it should be everybody’s goal. But internalizing that presents a challenge for musicians kasi mas masalimuot ang mind-set ng musiko. Many musicians believe in the saying, ‘You’re only as good as your last gig.’ We just want to work hard, earn from it and continue working.

“But long before AMP even existed, some of the pillars of the group, like Jun Regalado and company, had found a way to balance the inequity by charging double, kasi ‘pag dinoble mo, hindi na namin poproblemahin [ang bayad] kapag nag-replay ang show.

“That was our mind-set because we thought it was impossible to monitor these things. We were conditioned to think that it was something we couldn’t do anything about. But with what PRSPh and the other CMOs are trying to accomplish now, that’s exactly what we want to change!”

It’s the same mind frame inherited by younger musicians like Impro’s Marco. “I just left college when the internet boom began to make its presence felt in early 2000s,” he recalled. “Hindi ko na-experience ever to have a group collecting on my behalf, except through Filscap (Filipino Society of Composers, Authors and Publishers). I just recently joined it.

“I have played and produced songs for major labels, and I never got anything other than the first paycheck [for the work done]. Naabutan din namin ang double charging kasi walang singilan d’yan.

“My brother, who’s also a composer/musician, received some royalties from Filscap—and I didn’t realize that was even possible. So when Tita Debbie approached me for this, I thought, ‘This looks promising—perhaps this can further our reach [as songwriters and musicians].’”

When asked why the group has yet to convince other big names in the industry to boost its ranks, Mitch and Leo said that many of these headliners (and their managers) didn’t want to be inconvenienced by the legalese, among other business-related “excuses.”

According to Leo, one of the biggest roadblocks is the pandemic itself. “It complicates the process,” he explained. “We can’t gather people in one venue, which would have been ideal. Kasi, when you’re face-to-face, you can resolve problematic issues as soon as they’re raised.

“You can also answer questions immediately. But virtual meetings don’t do much to get people to commit—it only gives them a convenient excuse [not to take part in it].”

If the country did become part of the Beijing Treaty, a Wipo (World Intellectual Property Organization)-administered treaty adopted in 2012 that deals with performers’ intellectual property rights, last year, doesn’t that make it easier for the group to start collecting remuneration for its members? Is this the “light at the end of the tunnel” for the group?

“It should be, but they’re still finalizing the rules and regulations for it,” said Debbie. “One network has already signified its intention to cooperate because they know that ‘it’s the next logical step.’ Meanwhile, it’s a wait-and-see situation for them … for now.

“While we’re already part of the Beijing Treaty, we’re still waiting for the rules needed to start implementing this. We’ve been working on this since August last year. Hopefully, they’ll come out any time this month.”

Leo pointed out that this is exactly what the group needs to lobby. “We should urge Congress and Senate to prioritize this so that the performers can start collecting—dapat sabay-sabay at sunud-sunod. As soon as we have the IRR (implementing rules and regulations), people will be more cooperative because the rules will make everything clearer.”

To sign up with PRSPh, write to [email protected]