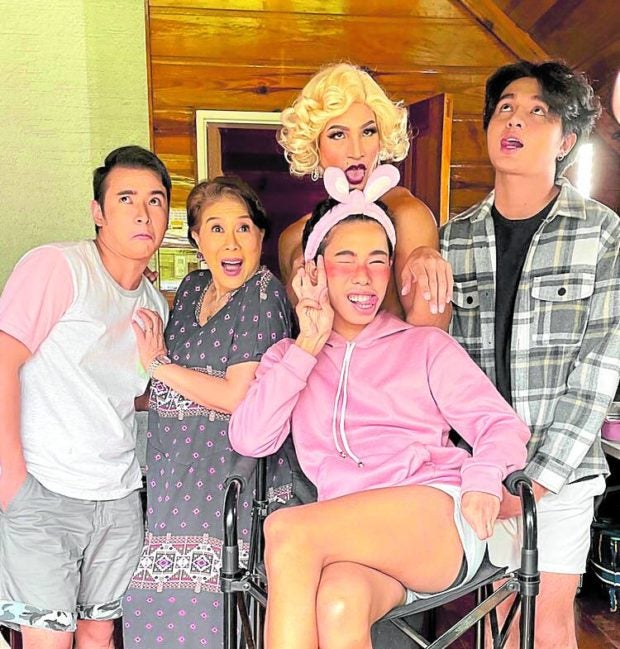 Despite his leading man-worthy good looks and triple-threat skills as a performer, Markki Stroem would be the first one to eloquently articulate to anybody who asks why he isn’t afraid of getting typecast in LGBTQIA+ roles.

For most actors, public “perception” is a big deal because they—or their handlers—treat their masculinity as casting currency, and any role that requires them to break out of the heterosexual mold is seen as something that could potentially derail their lucrative careers.

Not Markki, who simply doesn’t give a hoot.

In fact, since the start of the pandemic, the 30-something actor has been hopscotching from one gender-bending role (Adolf Alix Jr.’s “Unlocked”) to another (Shandii Bacolod’s “Love at the End of the World”), boldly bringing to palpable life a plethora of characters that calls attention to hot-button issues considered too provocative or risque for mainstream consumption.

But Markki is an actor who gets his acting fix by creating characters he can sink his thespic teeth into. And, we’re happy to note that, in “My Delivery Gurl,” the must-see comedy series helmed with uncommon insight and depth by Carlo Enciso Catu (“Kung Paano Hinihintay ang Dapithapon,” “Ari: My Life With a King”) on Cignal Play, the risk has gorgeously paid off, not just for the actor and his colleagues, but also for the production team as a whole.

“My Delivery Gurl” follows a cash-strapped drag queen, Bianca aka Bingo (Markki), who relocates with her “kids” to Baguio and lives with her former nanny Lola V (Madeleine Nicolas) after they find themselves homeless.

Simply put, it is the kind of giddy comedy you can take seriously—think Ishmael Bernal’s “Working Girls,” with a winkingly pink twist, tone and sensibility. With tongue firmly in comedic cheek, the series astutely tackles issues on sexuality, identity and family without a heavy hand.

“This series is about the art of drag,” Markki declared, laughing. “Essentially, this is the whole fantasy: You have six layers of stockings, you’ve got padding, breastplates, corsets and four hours’ worth of makeup—it’s the entire fantasy! You’ve got to go through the entire process to do that. I wake up at 4 every morning for taping. I didn’t realize it would take that long to get ready and look fabulous.

“I also had to lose a lot of weight for this role—which wasn’t easy because I was doing two series at about the same time, the other one being ‘Love at the End of the World.’ And I shot them two months apart.

“For ‘Delivery Gurl,’ I had to lose all of my muscles, remove my beautiful tan, get rid of the masculinity that was running through my bones when I shot that series. I had to be this Cherie Gil-type drag queen who’s whiter and slimmer (laughs).” 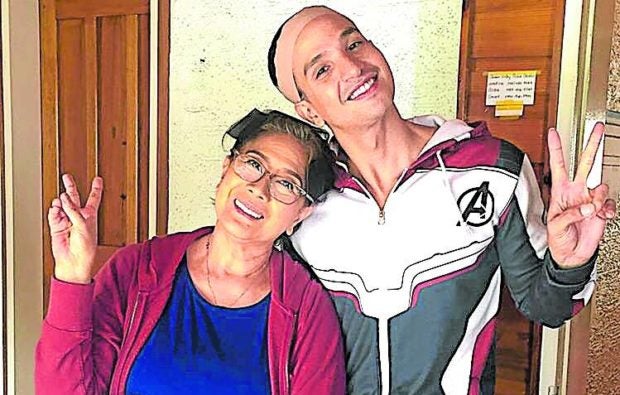 Anchored on Markki’s textured characterization, the show likewise fields finely tuned portrayals from seasoned character actress Madeleine/Mads (who delivers one of her finest performances in a comedic role to date) and relative newcomers (Sky Teotico, EJ Panganiban and the affable Pipay Kipay) who manages to parlay their screen presence and appeal into comedic gold.

Wasn’t Markki afraid of getting typecast in LGBTQIA+ roles?

“Not necessarily,” he replied. “At the end of the day, I have embraced who I am. I’ve essentially come out as demisexual, which means I’m not attracted to one sex or the other. I have lost sexual attraction to both, unless I form an emotional attachment to someone.

“But it is part of the LGBT community. It’s neither gay nor lesbian—it’s somewhere in between being sexual and asexual. I don’t know if it’s the pandemic that stirred me toward that end, but I did try to have sexual intimacy toward some individuals. I can feign it, but sometimes, it’s like I’m just forcing myself.

“I’ve hooked up with a lot of people in the past—I’m not going to say I haven’t. It’s just that, now, my sexuality is evolving. However, for the past few months, especially because of this pandemic and the current surge, I have lost interest. I’ve tried different things over December to get my sexuality back, but it was like, ‘Now what?’”

“What I’m trying to say is that there is a spectrum—there are a lot of things in the middle. That’s one of the things that ‘My Delivery Gurl’ demonstrates. My character is a nonbinary drag queen, which means that they embrace both their masculine and feminine sides in drag.

“I have three drag kids in it: One represents the queer side (Pipay), another is a trans man (Sky), who also dresses up in drag once in a while. Then, there’s a straight heterosexual man, who’s also my drag son (EJ).

“I also have a best friend (Iyah Mina), who’s a trans woman. Then, I have two love interests (Rocky Salumbides and Victor Basa)—one is definitely bisexual, while the other is pansexual. So, yeah, we are trying to be as inclusive as we can with everyone in the LGBT community. It’s like saying, ‘Come and join us!’”

Meanwhile, we’ve also reached out to Mads, one of Philippine theater’s most seasoned performers, to discuss a role that has allowed viewers to see her in a blistering new comedic light.

We admit we like seeing the actress strut her dramatic stuff in predictable teleseryes, but since we had directed Mads in a couple of theater productions (“Into the Woods,” “The Vagina Monologues”), we knew what else the actress was capable of doing other than looking earnest, loving or stern in character roles she could do with her eyes closed.

“I had fun playing my character Lola V as much as I enjoyed working with director Carlo Catu and Markki, whose enthusiasm and positive energy were very catchy. Markki is a joy to work with,” Mads shared. “Lola V was Bingo’s nanny when he was a kid, although he had to eventually leave home when his parents couldn’t accept his sexuality. But she ends up welcoming Bingo and his ‘drag kids’ to her home in Baguio after their landlady kicks them out.

“While the character was a challenge, it was also a refreshing change of pace for me because, even as she acts like a doting, loving mother figure to Markki, she also curses a lot (laughs)—which isn’t something I do. She hurls out a lot of ‘PIs,’ even in her most casual lines.

“I am thankful to Direk Carlo, who also wrote the script, because the role is decidedly out of the box for me. Moreover, he gives his actors the freedom to interpret their roles, even as he cautions against excesses. He’s very open to improvisation.

“So, I was thrilled when this project landed on my lap because I don’t just get to express my support for the LGBT advocacy, I can also show viewers my lighter and quirkier side—which hasn’t been as productively utilized the way this series has! Ang sarap gawin.”

Asked what similarities she has with her character, Mads said, “I’m not masungit. I am strict at the office. Outside of it, while I’m not masungit, I tend to speak my mind and give unsolicited advice (laughs). But, like Lola V, I am caring and loving, and I mean well.”

Speaking of advice, we asked Markki what he’d tell friends and followers who would seek his guidance in dealing with heartbreak.

“Heartbreak is a scary thing,” he quipped. “I’ll cut this up this way: The first one being one-on-one love and the other being love for the [LGBT] community. First, I’d like to talk about the community because of a focus study that I did.

“You see, I posted all those sexy photos on Instagram, getting lots of messages as a result from people from different walks of life around the community telling me, ‘Oh my gosh, you’re hot’ or ‘I’ll pay you this amount of money to have sex with me.’ Obviously, I was like, ‘I don’t need that money … don’t send me these messages.’

“I didn’t really answer, I just read them because they’re there. And then, I posted my drag self, after which the same person who was telling me he wanted me for sex started calling me ‘bakla,’ ‘bading.’ That’s internalized homophobia!

“The biggest homophobes in the community are members of the community themselves. For example, some of the hetero-acting ones are angry at the gay-acting ones, or the queer and trans are homophobic toward the ones who are scared to come out of the closet.

“There [is] just so much homophobia happening within this beautiful community, and what we all need to learn is just to accept and love each other for who we are. If someone wants to be hypermasculine today, let him be. And if people want to be hyperfeminine the next day, leave them alone.

“Let them live their truth and be their beautiful selves. Heartbreak, in that aspect, is when you don’t accept who you are. [Happiness] stems from loving yourself.” INQ