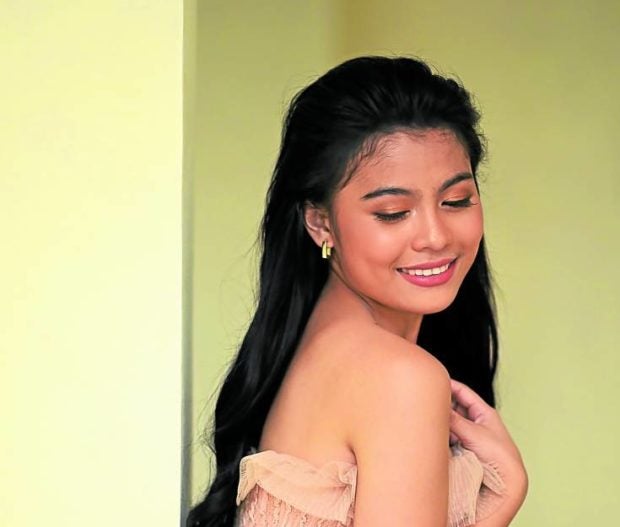 Now that she’s with Viva Records, singer Lyca Gairanod is keeping her fingers crossed for a chance to do music or acting projects with Sarah Geronimo, who served as her coach en route to victory in the first season of “The Voice Kids.”

“Given the opportunity, I would like to try acting again and do movies. I would love to be in one with Coach Sarah. Sana po!” she said in a recent virtual conference for her latest single, “Malapit na Akong Mahulog Sa ‘Yo.”

It has been almost seven years since Lyca was hailed champion of the said reality singing competition, but the connection between her and Sarah didn’t stop there.

“Coach and I had been talking about my transfer. She would ask me when I would be signing. I told her I was so excited, because I wanted to be with her,” said the 17-year-old recording artist, who used to be under Star Magic and MCA Music.

And even now that she’s a professional singer, Lyca is thankful that Sarah continues to guide her and offer important career and life advice. “She would always remind me that, no matter what happens, I should always do my best and show the people who I really am as an artist,” she said. “While work is something we need to take seriously, we shouldn’t also forget to have fun and enjoy it.”

Like many performers who depend on live shows to make a living, the pandemic posed unexpected challenges for Lyca. “Most of the projects I had booked were canceled. It was tough for us to adjust, and we didn’t know we could make up for the work I lost,” she said.

That’s when she started exploring online work and creating various digital content. “I turned to Facebook and gigs through live streaming. That way, I was still able to sing for my fans and make them happy, even if we can’t see each other in person,” Lyca said. “But I must admit, I miss doing live concerts and seeing people have fun. We love being with our fans because they boost our confidence and make us happy.”

Aside from digital gigs, she also entered the world of vlogging, where she quickly gained traction. Thanks to her jamming sessions and the unpretentious manner in which she presents her vlogs, Lyca now has 1.85 million subscribers on YouTube.

And every so often, her inadvertently funny antics end up going viral and memed on the internet—like her bemused reaction to Karen Davila’s over-the-top squealing over having the same birth date. How does she feel about people making memes about her?

“I’m actually happy and amused because they spend time on me and make edits that make others happy,” she told the Inquirer. “I don’t know why moments like that become trending topics. I don’t expect those to happen. But I don’t think there’s anything to be annoyed with.”

But despite her success in the digital space, quitting music, Lyca stressed, has never crossed her mind. “Singing is my passion. I can’t, and I won’t, give that up, because that’s the reason I became known. Being a singer is something I have dreamed about since I was a kid. And I don’t want to lose everything I have worked for,” she said. “As long as I can continue doing both, I will do it.”

“You have to improve and reinvent yourself as you grow older. You can’t be stuck on one thing,” said the singer, who wants to dabble in rock and rap music. “Now I always make sure that I feel the song, so that listeners can feel its message, too. You have to draw inspiration when performing, so you can deliver each line well.”

Her goal for 2022 is to continue making music and put out material and content that will help her achieve longevity in the future.

“You can’t really say how long you will be able to last in this industry. You just have to do your best, make other people happy and let them know who you really are,” she said. “You have to be humble and don’t waste the opportunities that come your way.”