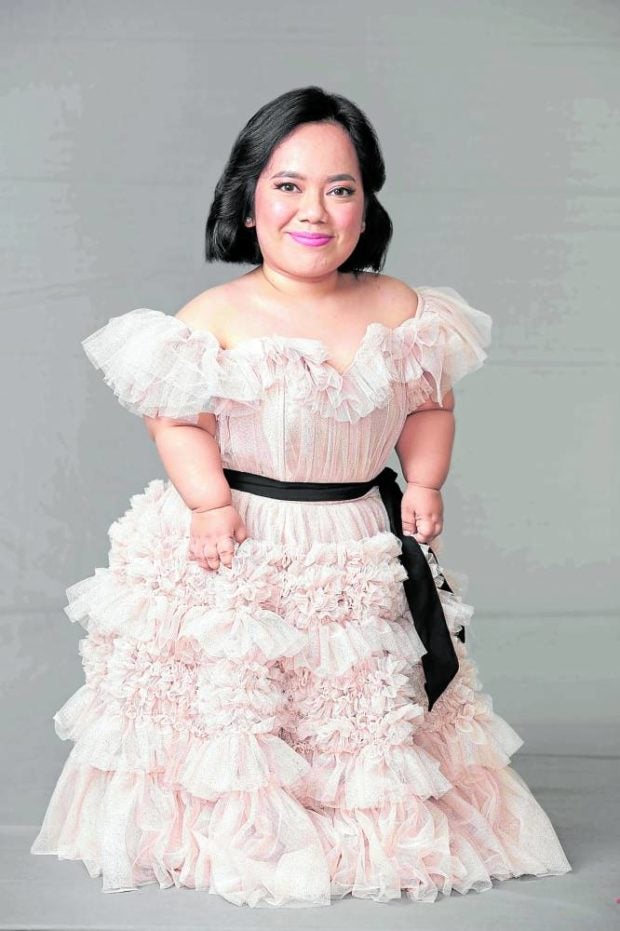 Jo Berry’s biggest worry before entering the taping bubble for her new series, “Little Princess,” was that she wouldn’t be able to give her character justice. She had lost her father, brother and grandfather to COVID-19 last year, and she was unsure if there’s anything left in her tank.

“I was scared. I’m used to giving all my heart in every role I do. But my heart was broken, in pieces. I didn’t think I could do it,” she told the Inquirer in a recent virtual conference for the afternoon show, which airs weekdays on GMA 7 starting Jan. 10.Though she had initial misgivings about pushing through with the show, Jo decided to soldier on because she believes it’s what her father would have wanted. “In our last conversation, he told me to ‘Keep on playing.’ I wanted to honor my father’s wishes. It’s also the last show my brother (who acted as her handler) took care of,” she said.

Directed by LA Madrilejos, “Little Princess” follows the story of Princess, a loving daughter who tries to make the most out of her online gaming skills to earn money. Later on, she discovers that she’s actually an heiress to a business empire, of which she becomes a “lady boss.”

The production team and the network didn’t pressure her to do it, Jo pointed out. “The taping was all set. But they told me they would understand if I opted not to do the show,” she said.

Knowing that she has a supportive team behind her helped boost her morale. “They made adjustments for me. The team was a big factor in how I navigated this difficult part of my life. I’m so thankful, because I wouldn’t have been able to do the work if it weren’t for them,” she said.

There were instances, the 27-year-old actress recalled, where breaking out of character was a struggle. Her costars and directors were nothing but understanding.

“Sometimes, when there are heavy scenes, I would keep on crying, even if we were already done with the take. I couldn’t get out of my character. But I didn’t have to explain to them why I was crying. They were just there for me,” she said. “They weren’t wordy but they made me feel loved and understood.”

When taping started, it quickly became clear that she made the right decision. “Princess became my temporary escape,” she said. “I didn’t have time to pause, but I realized that there was a purpose in playing my character. She gave me strength. I was able to use my ‘hugot’ that time in playing her. Naging idol ko siya.”

While little people like her used to be cast in shows and movies as comic relief, Jo’s path so far couldn’t be more different. Prior to “Little Princess,” Jo starred in heavy dramas and showed off her acting skills opposite Nora Aunor in “Onanay,” and then worked with Alden Richards in “The Gift.”

“I’m thankful that the network and creative team take risks. In doing projects like these, I’m not here only for myself, but for differently abled people who don’t usually get roles like this on television.”

Jo had to give up her job in an outsourcing company before pursuing show biz full-time in 2018. She has no regrets. “I have always wanted to inspire others. I’m so happy with my career change, because I was given a bigger platform.”

She knows that she will never be completely OK like she was before her loved ones’ passing. The best thing she can do now, she surmised, is to live her life to the fullest. “I’m fighting. When I get sad, I just think that I have to create more good memories, so I can have a lot of stories to tell when I’m reunited with them in heaven.”

“I may not understand now why this happened to me, but I’m sure there’s a reason. Maybe it will be clearer someday,” Jo said. “I try to think that all these challenges are given to us, because we can handle them. It’s painful. But we’re still in this world and we have to keep going.”