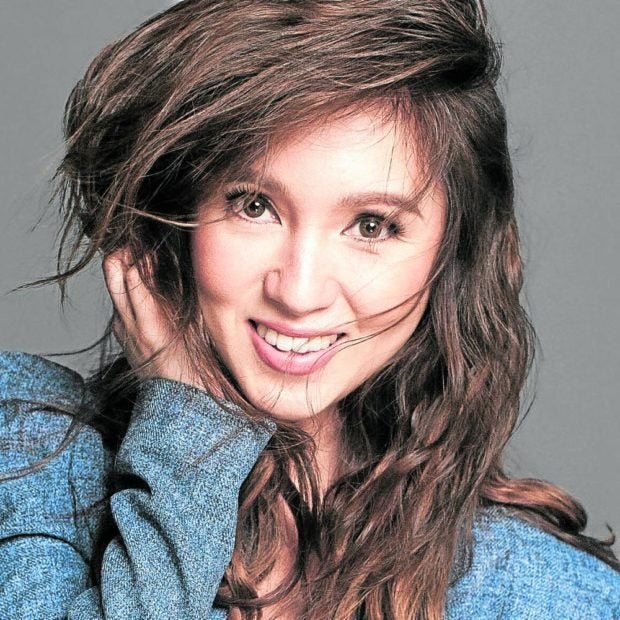 There were periods in Princess Velasco’s music career when she had to set singing aside to focus on motherhood. And while she couldn’t help but get a little nervous about returning to the recording studio after such lulls, she eventually realized that having the opportunity to release new songs is already a blessing in itself.

“Maraming bago at nagbago in terms of how music is created, distributed, or marketed. As a music fan, I’m happy with what’s happening in OPM. But if you’re asking if there are nerves—yes. Sometimes, you wonder if listeners would still welcome your new songs,” she told the Inquirer in a virtual conference for latest single, “Ang Ating Pag-Ibig,” under GMA Music.

“But I no longer think that way … I’m just fortunate to be able to put music out. I’m thankful for the opportunity,” she said. “If the people like the songs, then it’s a blessing. But regardless, I already feel grateful.” Dubbed as the “Acoustic Princess,” the singer gained popularity in the late 2000s for her sweet, easy-listening takes on pop hits. And while mainstream trends continue to change over time, acoustic music has never completely fallen out of favor. “The stripped down and barebones type of music will always be there, because it’s something most people can do. If you have a guitar or a piano at home, you can do it. You don’t need all the bells and whistles or elaborate arrangements. While those elements can help elevate a song, sometimes, a strong melody can have a big impact on people,” she pointed out.

“And if your melody and lyrics are relatable, that’s it,” Princess added. “I’m fortunate that I was known for this genre. Now, it’s a matter of updating the style and production.”

While Princess has been releasing one single every year since 2018, the last time Princess put out a full album was in 2014. Now with GMA 7, the singer-songwriter hopes to put out a new one in the future.

“The first time I took a break, my contract with my previous record label had already expired … I had two boys (Kobe and Milo) at that time, so my being a music artist had to take a backseat. But then I chanced upon someone from GMA Music, who then brought up the possibility of signing with them,” she related.

Princess had released three other singles under the label— “Kaunti Na Lang,” “Ikaw Nga” and the Christmas song “The New Born King.” She had to take another break in late 2020 after giving birth to her third kid, a baby girl named Sari. But now, she’s back to the grind, with an original song to boot.

“Ang Ating Pag-Ibig” was composed by her husband as a wedding surprise back in 2013. Princess revisited the song and added verses to complete it. “He performed it during our reception with his friends as backup. The song didn’t have a title then, and it only had one verse and a chorus. This year, I worked on it and presented it to GMA Music,” she said.

“I’m happy they loved it,” Princess said of the song, which talks about weathering storms with the person you exchanged vows with. “I’m thankful for their support.”

At this point in her career, Princess already knows what works and what doesn’t for her style and voice. But if she were to dabble in another genre, she said she would probably give inspirational music a try.

“It’s timely because many people are sad and losing hope amid the pandemic. I think my voice suits that kind of music. And I personally feel peace and serenity whenever I sing my prayers. I feel God’s presence,” she said. “It’s nice. But then again, I’m doing this for the love of music.”