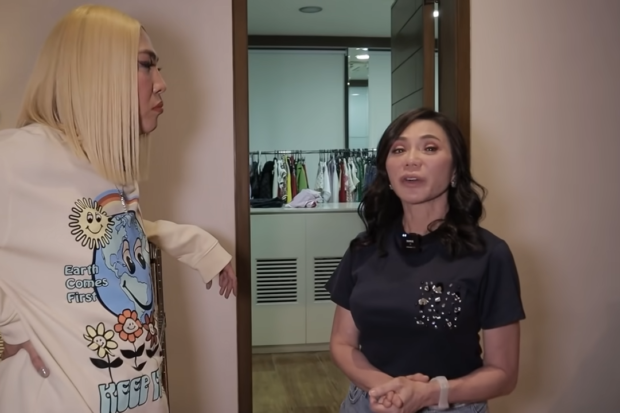 Vicki Belo has treated fans to a tour of her “stage house,” separate from the private residence that she shares with her husband, fellow celebrity doctor Hayden Kho.

The doctor to the stars gave a glimpse of her home in an exclusive village in Makati via comedian Vice Ganda’s vlog yesterday, Jan. 6.

The home is the one used to film Belo’s own vlogs and other public videos, while her family resides in a newer house in the same area. While the house stands in an expansive 2,000-square-meter lot, Belo explained that it only occupies 40% of the property, in accordance with the village’s rules.

Belo also described the home as her “stage house,” similar to how TV personality Kim Kardashian uses a separate property for her own television series.

“Itong bahay na ’to, medyo na-overexpose. So sabi namin ni Hayden, ’pag may bagong bahay na kami, private lang ’yun. All the ganaps here,” she said. (This house became quite exposed. So Hayden and I said when we get a new house, that would be private. All the events happen here.)

Turning serious, Belo opened up on what pushes her to work hard despite now living a more comfortable life.

“For me, kasi (because) I get so happy, for other people. You’re happiest when you make people happy, right?” she told Vice Ganda. “I don’t know how to be a good, witty comedian. I only know how to make people feel beautiful and confident. When they do, I’m so happy. Hindi na masyadong pera (It’s not much about the money).”

Belo and her family no longer live in the 15-year-old house. However, Belo said that many of their belongings are still in their “stage house” since their new home is much smaller.  /ra