What Yasmien Kurdi discovered about 9-year-old daughter while vlogging 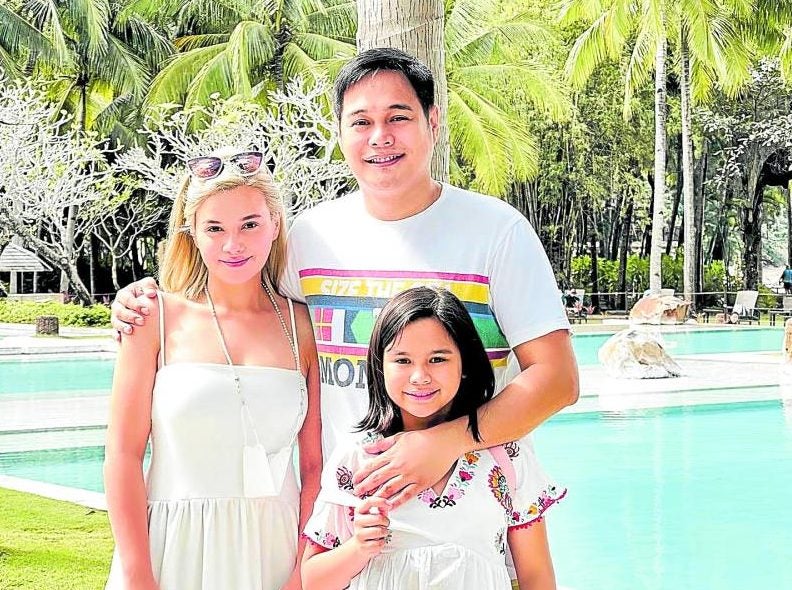 Aside from acting, one thing Yasmien Kurdi has been busying herself with amid the pandemic is vlogging with her family. And in creating digital content, she has discovered that her daughter, Ayesha, could be a television host in the making.

“She’s so natural and doesn’t need scripts. You just tell her the topic and she would start talking—like a word machine! She has a lot of ideas. She’s very spontaneous and there are no dull moments with her … I feel like it’s one of her talents,” she told the Inquirer in a recent virtual interview.

Ayesha, 9, is usually seen playing games, cooking, doing challenges and creating content for brands with Yasmien in their vlogs.

“She’s interested in various topics. She’s quick to pick up new things. I’m happy she’s like that,” the 32-year-old actress said. “I often joke that if she’s not into acting, maybe she can host.”

Has Ayesha already expressed interest in show biz? “When I ask her what she wants to be when she grows up, she says she wants to be an actress and a pilot like her dad (Rey Soldevilla). Kung ano din kami,” she said, laughing. “But I will be supportive, no matter what she ends up pursuing in life after her studies. We’re just here for her.”

Since her daughter can’t really go out often and is usually stuck at home attending online classes, vlogging, Yasmien said, has become their bonding moment.

“She has spent the last two years doing online school. They’re also affected mentally and emotionally so we try to have fun. She enjoys doing different tasks and videos. And if there’s an opportunity to go out of town, we take it.”

Yasmien currently top-bills the afternoon soap “Las Hermanas” with Faith da Silva and Thea Tolentino. “We have grown close—we treat each other as sisters in real life. We’re real friends, not just taping friends. They’re all very kind people, and professional as artists,” said the Kapuso talent, who was initially hesitant to go into locked-in taping.

“My family didn’t stop me. I was the one who was actually scared. But once in the bubble, I felt secure,” she said. “During our breaks, I just try to make it up to my family and cherish every moment because you’re bound to be in another locked-in taping soon.”

Most of her drama series as of late have been placed in the afternoon slot. Asked if she prefers that to prime time, she said: “I’m OK wherever they put me—afternoon or prime time. If they think I fit a certain role or show, I’m just here.”

Given the chance, Yasmien said she would love to do a television series with historical or cultural themes.

“There are still lots of roles I want to play. I recently watched ‘The King’s Affection’ (a South Korean period drama), and thought I would like to do a historical or cultural series … something that would show our viewers how rich Filipino culture is,” said Yasmien, who refuses to be complacent with her craft.

“I have been in the biz for 18 years now, and I can’t say there’s any role I found easy. I continue to study and do my research for my projects,” she added.

Singing and doing movies is something she also hopes to do more of in 2022. Her last single, “Goodbye” and last film, “Loving You,” both came out in 2008.“It has been a while since I last released a single. I want to record a new one, perhaps something that can be used as a theme song for a show. I would love to do another film, because all my work the past years has been for television or digital platforms,” she said. “I would love to star in films that show our realities.”

Yasmien, who has been with GMA 7 since finishing runner-up in the first season of the talent search “Starstruck,” renewed her contract with Sparkle (formerly GMA Artist Center). And right now, she can’t see herself transferring networks.

“The network has treated me with love … they saw me more than as a coworker. I can reach out to my bosses if I need advice, and that’s very touching. They have never neglected me and really took care of me my whole career … The thought of leaving them is hard to imagine,” she said.