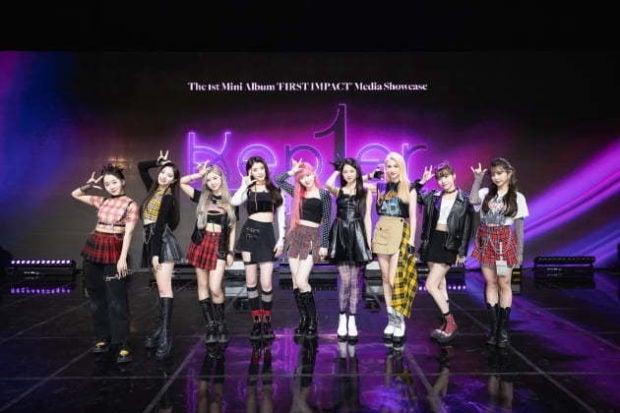 The nine members were chosen through a survival audition program that started with 99 candidates from China, Japan and Korea. The program wrapped up in October and the band was originally set to debut last month but it was postponed as two members tested positive for COVID-19 while preparing.

“I’m so excited and happy that I am making a debut that I’ve been only dreaming about,” gushed Choi Yujin.

The debut EP is titled “First Impact” and consists of six tracks that contains the band’s perspective and with the EP, “listeners will be able to watch dreams become real,” said Mashiro.

Title track “Wa Da Da” fully demonstrates the nonet’s energy and lovely charm and with the dance number, it announces its ambition but the first thing on everyone’s mind was that they were not to disappoint fans who have supported them from the beginning of the show.