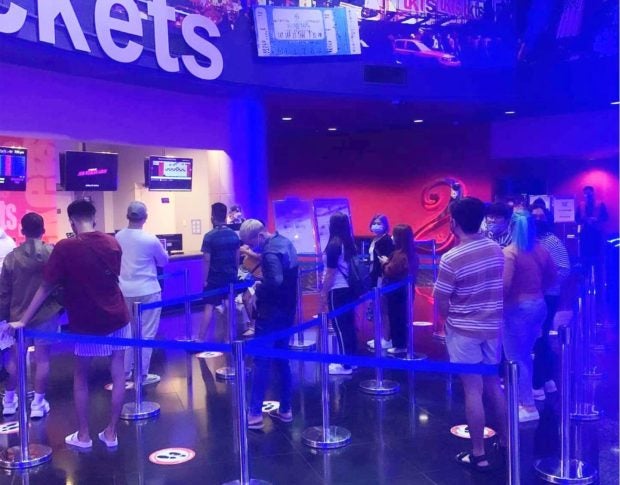 Metro Manila Film Festival (MMFF) organizers believe that holding the event amid the pandemic is already a big achievement despite earlier reports of a “low” turnout.

MMFF spokesperson and film producer Noel Ferrer explained that having the festival would encourage the public to support the local film industry since it was put on pause due to the COVID-19 pandemic, as per his Facebook page yesterday, Dec. 26. He also showed a photo of people lined up outside a cinema.

Ferrer made his sentiments known after entertainment journalist MJ Felipe said there was a “low” turnout of viewers in several malls in Metro Manila during the festival’s opening last Saturday, Christmas day.

(Cinema operators said that while it was earlier reported that viewers are not as many and unlike it was pre-pandemic, the Dec. 25 opening is still their highest grossing day since they re-opened amid the pandemic.)

He then added that even Hollywood films like Marvel’s “Eternals” have not earned as much from local theaters as MMFF 2021 has generated so far this year.

(The fact that we had the MMFF despite the pandemic is already a big achievement and a good first step to regaining the confidence of the people and producers that we are here to support the industry that was suspended, sidelined and not considered “essential” for almost two years.)

Ferrer also expressed appreciation of filmmakers who participated in the festival, for being part of taking the “painful first step” in reopening cinemas to Filipino movies.

“[Ang] industriya ng pelikula ay binagyo at dumapa rin. Ang hinihinging suporta ay ang pagbabalik sa mga sinehan para panoorin ang mga likhang sariling atin,” he urged the public. (The film industry was affected and it collapsed too. The support we request is the return of cinemas so we may watch our own productions.)