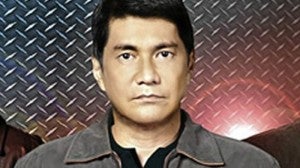 Tulfo, through lawyer Nelson Borja, sought for the dismissal of the couple’s petition, arguing that a writ of amparo does not apply to cases of alleged threats and oral defamation.

“It is indubitably clear that the writ applies only as a legal remedy of extrajudicial killings, abductions or illegal arrests, and threatened violations of basic human rights, which are absent in the present case,” Tulfo, one of the hosts of TV 5’s “T3,”  said in a seven-page motion.

Last week, Judge Bayani Vargas of Regional Trial Court Branch 219 issued a temporary protection order against Tulfo and his brothers Ben and Raffy, who are his T3 co-hosts, barring them from getting within 500 meters of the Santiagos.

This was after the show-biz couple sought court protection against the T3 hosts, whom they accused of airing threats against them on their TV show.

The controversy stemmed from a brawl involving their older brother, Inquirer columnist Ramon Tulfo, and the Santiagos early this month at the Ninoy Aquino International Airport.

In his pleading, Erwin pointed out that under the law, a writ of amparo covers extralegal killings, enforced disappearances or threats.

He cited the case of Raymond and Reynaldo Manalo against the Department of National Defense, who were allegedly abducted, detained and tortured.

According to Erwin, the criminal cases against him and his brothers are just simple cases of alleged threats and oral defamation.

“Judging from the context of alleged threatening and/of defamatory remarks uttered by the Tulfo brothers in their T3 Program of TV5 last May 7, 2012, the same does not fall under the principles in the landmark ruling of the Manalo brothers,” he said.

The motion added: “To say the least, the Manalo doctrines involved human rights abuses …, while those filed against the Tulfo brothers are just plain and simply cases of alleged threats and oral defamation—notwithstanding the public apology then repeatedly uttered by Erwin Tulfo the next day, dated May 8, 2012 in the same T3 Program of TV5.”

He added that under the law, a separate petition for the writ cannot be filed once a criminal action has been filed.

The Santiagos have also filed a criminal complaint against the T3 hosts before the Quezon City Prosecutor’s Office.

“It is most respectfully prayed … for this Honorable Court to take a second look on (sic) the instant petition, and as the interest of justice requires, by dismissing the same motu proprio,” Erwin said in his motion.