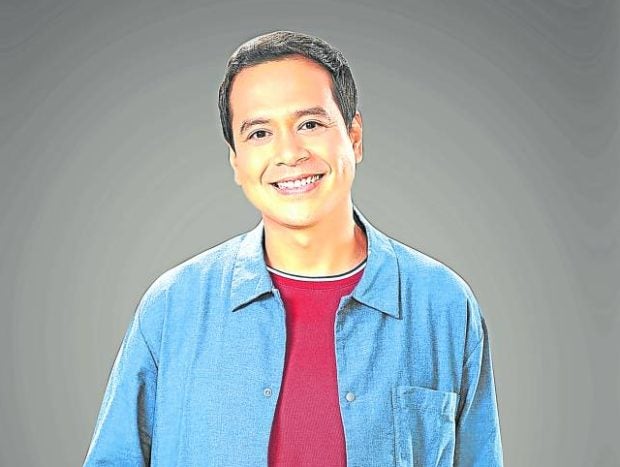 There are two things that make John Lloyd Cruz most happy these days—quality time with his son, Elias, and the opportunity to be back acting.

“Of course, being with my son, that’s number one. Being with my dogs at home, enjoying quality time with my parents and my loved ones. Those are the things that genuinely make me happy,” he said in a recent virtual conference for his new sitcom—and his first show on GMA 7—“Happy ToGetHer.”

The weekly blocktimer show, which premieres at 7:40 tonight, will have John Lloyd reuniting with some of his costars and production workers from his past sitcom, “Home Sweetie Home,” including director-producer Edgar “Bobot” Mortiz and actors Jayson Gainza, Carmi Martin and Miles Ocampo.

“I’m very grateful to be back working and spending time with this family again,” he said, “I didn’t think it would be possible at first.”

Out of comfort zone

In this television comeback, John Lloyd will play Julian, a handsome single father and mechanic, who will do everything to give his son, Zach, a good future. He also hopes to find a woman who will love him and accept his kid.

While the award-winning actor has had experience doing comedy, the genre, he admitted, is still out of his comfort zone.

“It’s still difficult for me. Making people laugh is one of the hardest things to do; it’s not an easy job. My character isn’t written to be intentionally funny. But I think drama comes more naturally to me than comedy-related material. It’s more challenging,” he said.

That’s why he’s fortunate, he said, to be collaborating with actors and a creative team that specializes in the genre. “I get a lot of support from my colleagues—the comedy writers, the real comedians in the cast,” John Lloyd pointed out. “So even if this isn’t my forte, even if making people laugh is out of my comfort zone, I’m happy because I’m being guided.”

Asked how much of himself he sees in his character Julian, the 38-year-old star said it’s something he can’t measure.

After over two decades with ABS-CBN, John Lloyd can’t help but feel that he’s still trying to find his footing in GMA 7. “It’s a challenge because we’re in a different backyard this time. Of course, we’re still feeling our way around. But we’re lucky to have the guidance of GMA 7 executives.”

At a time when the biz is still dealing with the effects of the pandemic, John Lloyd is thankful that the Kapuso network opened its doors to them. “The opportunity to work and move forward amid the current situation is something we’re grateful for, and we want to pay that forward to the fans,” he said.

This early, fans are already clamoring for stars like Bea Alonzo to visit the “ToGetHer” set or for John Lloyd to crossover to Vic Sotto’s sitcom, “Daddy’s Gurl.” “If there’s a chance, I will be honored if I can appear in his program. Our home is also open to him,” he said. “There were already plans to have Bea, but we have yet to find a schedule.”

While John Lloyd isn’t under contract with GMA 7, he said there’s a possibility to do more projects with the network.

“Everything is possible. We go where we’re given trust and opportunity—especially in these trying times. There’s a lot we can do. Actually, we will have a pitch meeting with the executives,” he said.

And with “ToGetHer” airing a day after Christmas Day, John Lloyd hopes his show can continue to uplift people. “These past two years have been difficult for everyone. I hope we can lift their spirits in our little way,” he said.