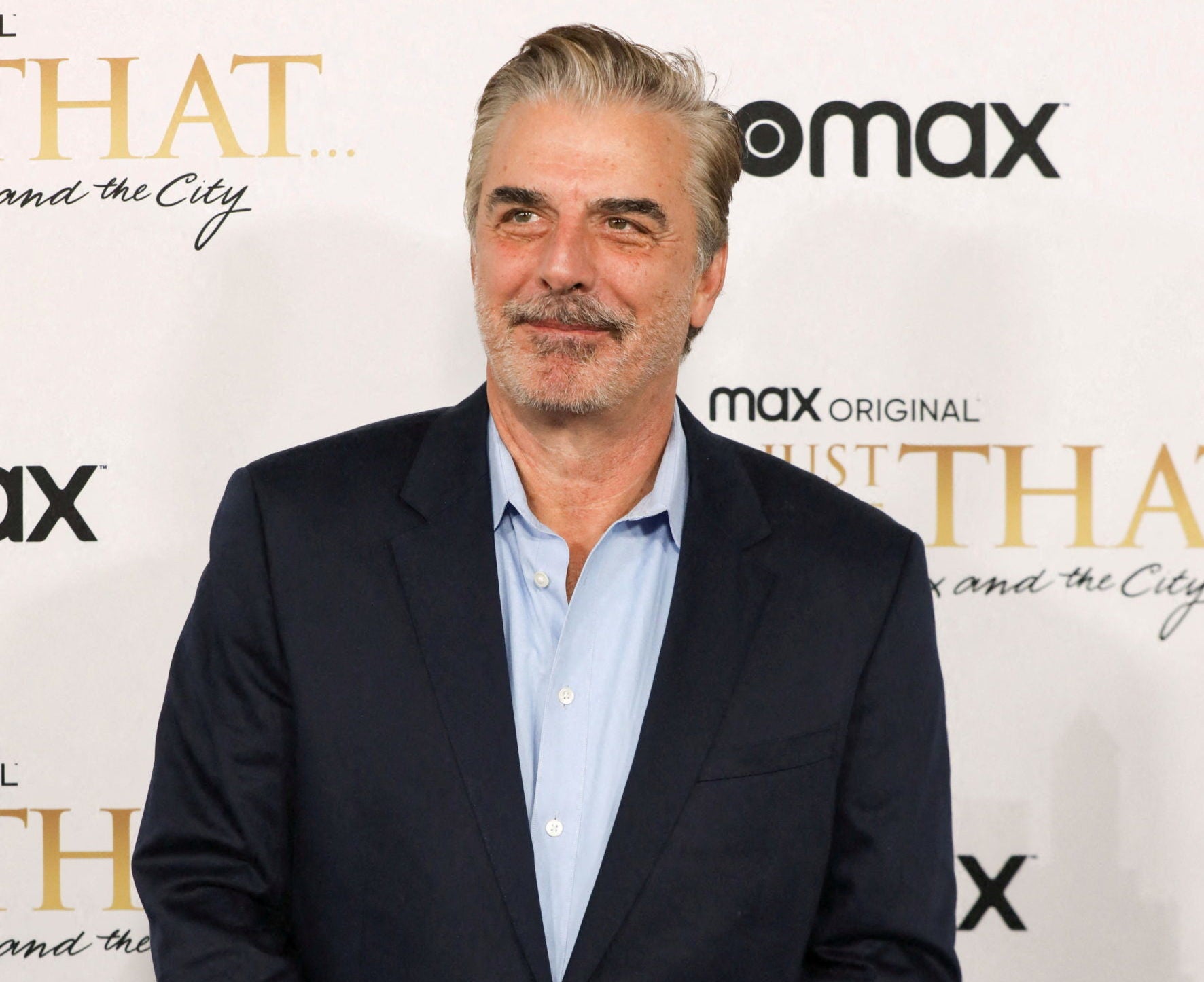 Chris Noth poses during the red carpet premiere of the ‘Sex and The City’ sequel, ‘And Just Like That’ in New York City, U.S. December 8, 2021. (Reuters)

LOS ANGELES–A fourth woman has accused Chris Noth of sexual assault, saying Thursday that the “Sex and the City” star had threatened to “ruin her career” if she spoke out earlier about the alleged attack in 2002.

Singer and composer Lisa Gentile told a virtual press conference that Noth had insisted on following her up to her New York apartment, where he allegedly groped her and forced her to touch him.

“Then he became more aggressive and put both hands on my breasts and began squeezing them very hard over my shirt,” she said.

“I was trying to get him to stop. Then he forced my hands to pull up his shirt exposing his belly, and then even harder he pushed my hands down toward his penis.

“I finally managed to push him away and get out of his grasp and yell ‘No, I don’t want this,'” Gentile said.

“He became extremely angry and started screaming and calling me a tease and a bitch.”

Gentile’s lawyer Gloria Allred said her client would not be able to file a complaint because the allegations go back “almost twenty years” and are barred by the statute of limitations.

Allred said she hoped a law, to be considered next month in New York, would open a one-year window for victims of sexual abuse to file a complaint even if the statute of limitations has expired.

One woman alleged that Noth raped her in his West Hollywood apartment in 2004. She was 22 at the time and went to hospital to receive stitches due to her injuries, she said.

The other woman said she was on a date with Noth in New York in 2015 when he invited her back to his apartment, where he allegedly assaulted her.

A day later, a third woman told The Daily Beast that Noth had assaulted her in New York City in 2010, when she was 18.

On Monday, “Sex and the City” stars Sarah Jessica Parker, Kristin Davis and Cynthia Nixon issued a statement expressing support for the women who came forward.

“We are deeply saddened to hear the allegations against Chris Noth,” they wrote.

“We support the women who have come forward and shared their painful experiences. We know it must be a very difficult thing to do and we commend them for it.”

Noth recently reprised his role as Mr. Big in the “Sex and the City” sequel, “And Just Like That…” in which his character dies of a heart attack in the first episode after working out on a Peloton exercise bike.

The exercise company quickly pulled a parody ad featuring Noth in the wake of the assault accusations.

Noth has denied the allegations, saying the encounters were “consensual” and calling the claims “categorically false.”

Noth, who has since been dropped by his talent agency and from the CBS series “The Equalizer,” did not immediately respond to request for comment on the latest allegations.