‘I’m getting older’: Time to go sexy in Christmas special for Max Collins 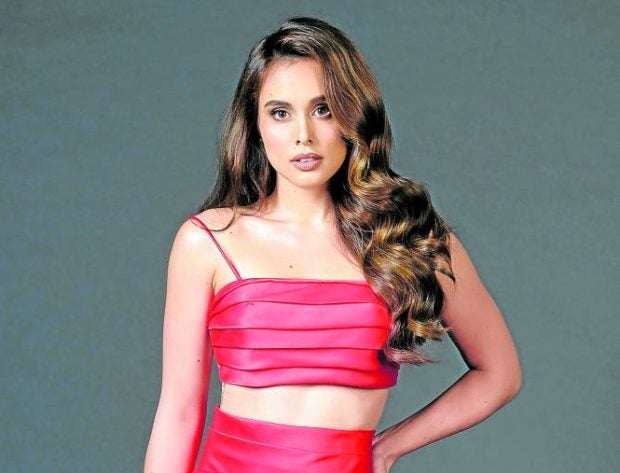 With Max Collins recently posting sultry lingerie photos on her Instagram page, the show biz press couldn’t help but ask her if this was a sign that people can expect a “bolder, more daring” Max soon.“Maybe a sexier me!” she said in a recent virtual conference for “Gayuma,” the upcoming last installment of “Pasko ng Pag-Asa: The Wish Ko Lang Christmas Specials.” “Because I’m getting older, and before you know it, time passes by, and you can’t do it anymore.”

“I’m really enjoying this time in my career. And I do want to do sexier roles … given the right opportunities. But the story has to be good and substantial,” the 29-year-old actress said. “This is the time for me to do more romantic roles because I like challenges.”

Max, who has a 2-year-old son, Skye Anakin, with her husband, Pancho Magno, said being a mother doesn’t necessarily mean that she can’t show some skin on television anymore.

“That’s a stereotype … it’s not like that in other countries. Just because you have a child or husband doesn’t mean you can’t be sexy anymore or do other roles. As an actor, you should be able to try different things. I don’t want to limit myself as an actor.”In “Gayuma,” which airs this Dec. 25, Max plays Regina, a woman who lives by a river in a small town. A lot of men, including her childhood friend, Adan (Dave Bornea), are captivated by her beauty. Adan, whose looks make him a laughingstock, tries to pursue Regina, who ultimately turns him down.

Rejection drives Adan to become obsessive to the point of stalking Regina. And so, the townsmen can’t believe their eyes when they see Adan with Regina, who have seemingly fallen head over heels for him. As it turns out, Adan used a love potion to win Regina over.

Things turn for the worse after the potion’s effect dries up and Regina crosses paths with Stephen (Jak Roberto), a man she will genuinely love.

“Real love can never be forced. The more you insist on feeling that can’t be, the more likely that things will end up badly,” she said. “In this episode, the audience will see that you shouldn’t force something that’s not meant for you.”

Max is also proud to have played a character like Regina, who learns to stand for herself. “This month’s episodes of ‘Wish Ko Lang’ focused on women empowerment. All the leads were strong female characters, and I’m happy to be part of it,” she said. The episode was heavy and shot like an indie film, Max said. Some of the scenes were physical—like the one where Regina gets strangled in a river—so she’s thankful to have professional coactors in both Jak and Dave. “The scenes were really intense … but I trusted them,” she said.

For Christmas, Max, whose primetime series “To Have and to Hold” recently ended, said she will just stay home and spend time with her family. “This is the most time I will get to spend with Skye, because another project might come up next year and I will have to go in a taping bubble again. So I’m savoring this time with him.”

For 2022, her wish is to land a movie role. “I’d like to star in films and do more drama series. Maybe I can also start a business,” she related. “I want to learn more and be a better mom.” INQ