Which movies and characters are Marvel fans' favorites? | Inquirer Entertainment

Which movies and characters are Marvel fans’ favorites? 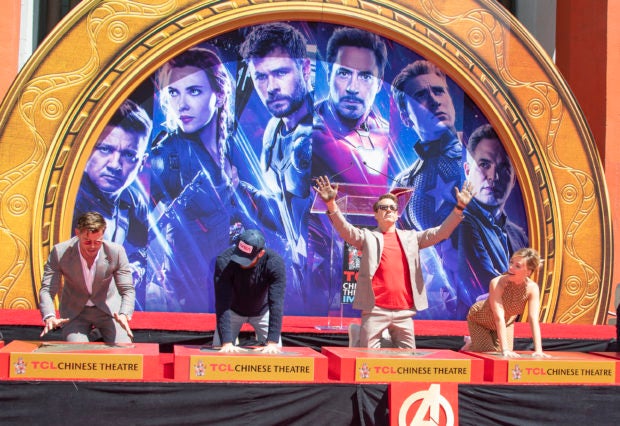 Which is your favorite superhero? From “Spider-Man” and “Iron Man” to “Captain America” and many others, the Marvel universe is full of characters that have become cult figures. With the new “Spider-Man: No Way Home” breaking box office records, a study reveals the favorite movie and character among fans of the Marvel Cinematic Universe. So, what’s the verdict?

Marvel fans can’t get enough of the “Iron Man” movie, it seems. According to a study conducted by Morning Consult, reported earlier this month, it is this feature film, starring Robert Downey Jr., that wins over audiences, both among aficionados of the Marvel Cinematic Universe and among general viewers. “Iron Man” has 61% of the votes among American adults and 78% among MCU fans. The movie’s sequel even takes second place in the general ranking, with 57% of votes, but comes third among fans with 74%. The MCU’s first crossover, “The Avengers” takes second place for superhero fans.

Among the 26 films of the Marvel Cinematic Universe, the most recent movies are the least popular. Released last September, and under less favorable conditions than its predecessors, “Shang-Chi and the Legend of the Ten Rings” is at the bottom of the ranking with “Eternals.” According to the study, these results can in some way be explained by the fact that these films are less well-known than the blockbusters released more than 10 years ago.

It is worth noting that the Marvel top fan favorites — “Iron Man,” “Iron Man 2,” “Thor,” “Captain America: The First Avenger” — are not necessarily the most successful films at the global box office.

If “Iron Man” is undoubtedly the favorite movie of the Marvel Cinematic Universe, the character played by Robert Downey Jr. is also the most popular. With 62% of votes, he comes ahead of Spider-Man with 66% and Captain America with 61%.

When it comes to MCU fans, three iconic characters share first place with 78% of votes: Spider-Man, Iron Man and Thor. The Hulk and Captain America follow.

New TV series set in the Marvel universe and launched on Disney+ have brought to the forefront some of the MCU’s secondary characters, with varying degrees of popularity among fans. The characters “Loki,” “Hawkeye,” “Scarlet Witch,” “Vision” and even “Agatha Harkness” seen in “WandaVision” are found at the bottom of the ranking.