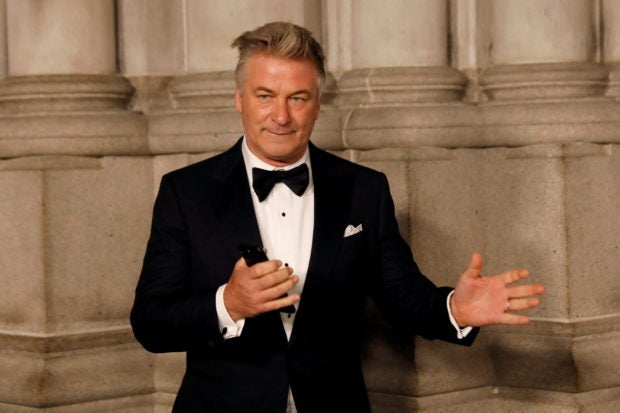 Actor Alec Baldwin gestures before walking on the red carpet during the commemoration of the Elton John AIDS Foundation 25th year fall gala at the Cathedral of St. John the Divine in New York City, in New York, U.S., Nov. 7, 2017. Image: Reuters/Shannon Stapleton

Actor Alec Baldwin on Thursday shared a letter on his Instagram account by members of the “Rust” crew in defense of the film production in which a cinematographer was killed by a live bullet.

In the open letter, cast and crew members pushed back against the portrayal by some other crew of “Rust” as an unsafe production, and described instead a set where morale was high and working conditions fair.

“The descriptions of Rust as a chaotic, dangerous, and exploitative workplace are false and distract from what matters the most: the memory of Halyna Hutchins, and the need to find modern alternatives to outdated industry firearm and safety practices,” read the letter shared by Baldwin and signed by 25 cast and crew members.

Hutchins, the film’s cinematographer, was killed and director Joel Souza wounded when a gun handled by Baldwin on the Santa Fe, New Mexico set fired a live bullet.

The actor denied responsibility for the fatal shooting in a lengthy television interview last week, saying he did not believe he was responsible for Hutchins’ death. The actor had been told by a crew member that the gun was safe.

The letter’s signatories acknowledged that “a few crew members” quit prior to the accidental shooting but said the vast majority remained.

“Those disgruntled few do not represent the views of all of us,” said the letter.

Two crew members have filed civil lawsuits accusing Baldwin, the producers and others of negligence and lax safety protocols on the set.

New Mexico District Attorney Mary Carmack-Altwies said last week that some of the people who handled guns on the set of the Western movie may face criminal charges in connection with the fatal shooting. JB