'And Just Like That': 'Sex and the City' characters return to the small screen | Inquirer Entertainment

‘And Just Like That’: ‘Sex and the City’ characters return to the small screen

NEW YORK  – Members of the original cast of the popular U.S. television show “Sex and the City” reunited on the red carpet in New York on Wednesday to celebrate the release of their series reboot, “And Just Like That”.

Sarah Jessica Parker, Cynthia Nixon and Kristin Davis will appear in the program that picks up with the same characters after roughly two decades. Kim Cattrall, who played Samantha Jones, the fourth member of the group of close girlfriends on “Sex and the City,” will not appear in the new series.

Nicole Ari Parker, Sara Ramirez and Sarita Choudhury are among some of the new cast members on the show. Ramirez said they jumped at playing a non-binary, bisexual, queer character, who is a stand-up comedian and a podcast host.

“It was an opportunity that felt really aligned with where I was at and where I am at. And it felt organic and a natural fit,” they said. 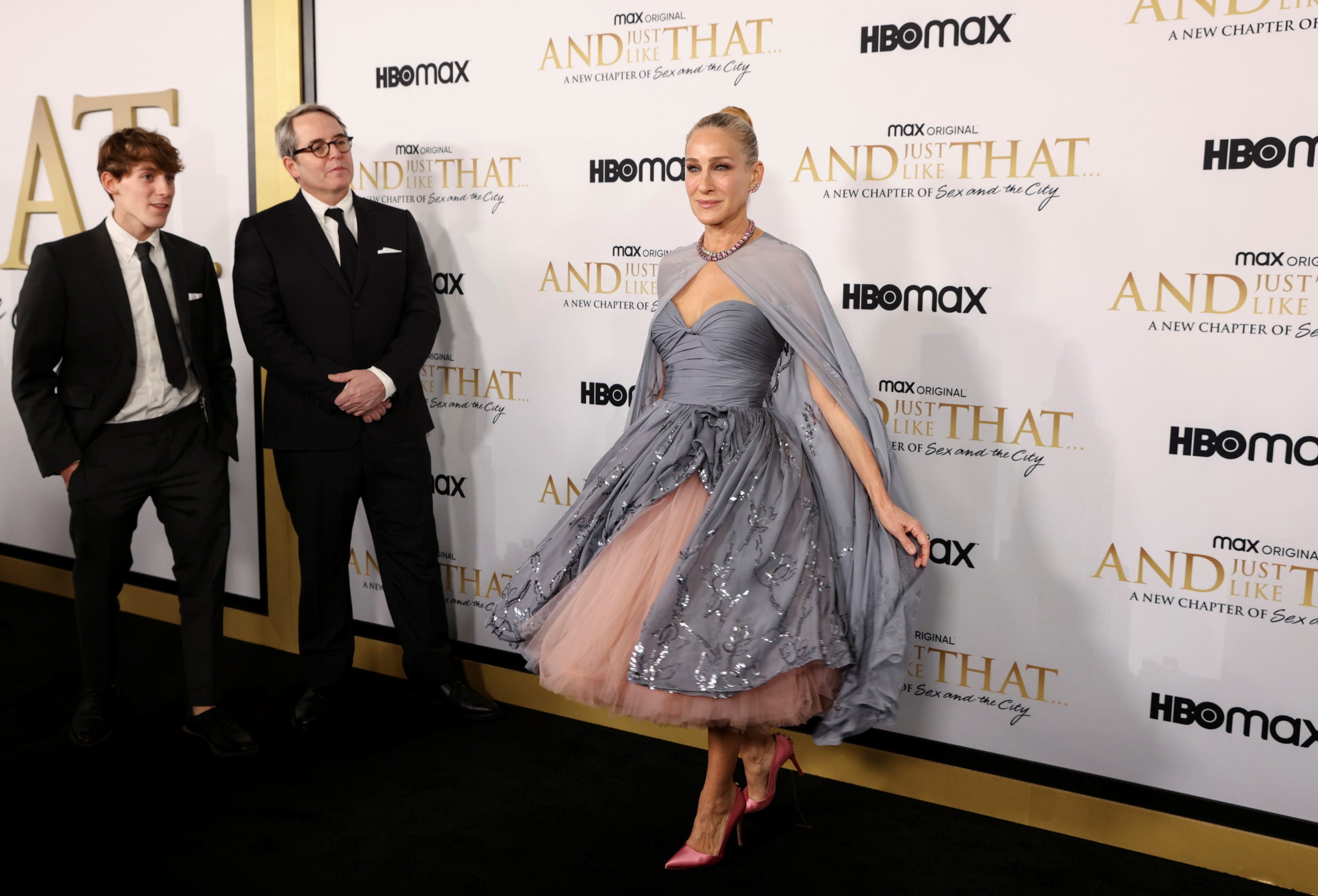 Sarah Jessica Parker poses during the red carpet premiere of the “Sex and The City” sequel, “And Just Like That,” in New York City, U.S. December 8, 2021. (REUTERS)

Parker said the idea of expanding the cast was thrilling.

“The idea of the family growing, the fraternity, sorority growing was exciting and seemed challenging and interesting,” she said.

Davis said their characters are now at a different cultural moment.

The new 10-episode series will air on HBO Max from Dec. 9 and brings back Chris Noth and Mario Cantone among other well-loved characters from the original show, according to the network.

Noth likened reprising his role as Mr Big, Parker’s long-term love interest, to picking up conversation with an old friend you haven’t seen in 20 years.