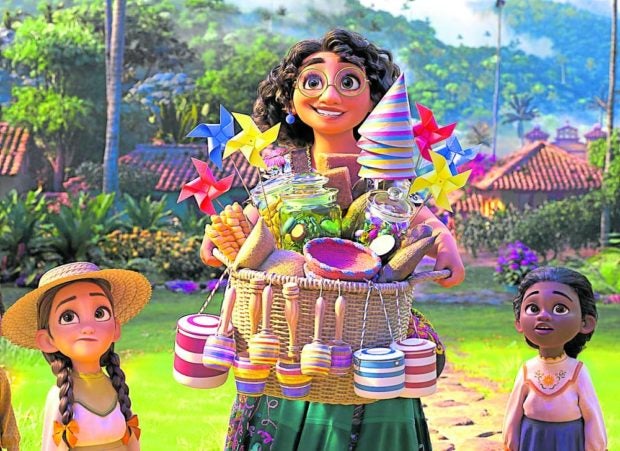 How unsure and insecure were you about yourself and your place under the sun when you were 15 years old?

In the case of Mirabel (voiced by Stephanie Beatriz), the teenage protagonist of Walt Disney Animation Studios’ “Encanto: A Magical World”—which opens in Philippine cinemas today—being the only person with no special powers in a clan of gifted beings is as tough as figuring out the “whys and wherefores” of one’s existence.

Helping “Encanto” directors Byron Howard and Jared Bush and codirector Charise Castro Smith build this spellbinding story from the ground up is songwriter Lin-Manuel Miranda. Three and a half years ago, Lin and the “Encanto” team went on an immersion trip to Colombia, where the story is set, to give this tale its lived-in pertinence.

In “Encanto”—which has a 92-percent fresh rating on Rotten Tomatoes—Mirabel, the only ordinary member of her extraordinary family, discovers that the magic surrounding their home is in danger, and she just might be her family’s last hope! This, in itself, makes the story as instantly relatable as it is universal.

“When we started working on the film, we really wanted to tell a story about a big extended family because it was something that we all had in common,” Byron told Inquirer Entertainment during a recent roundtable discussion with the Asian press. “It isn’t just about how good families are, but also about how complicated and crazy they can be.

“And the moment we started pitching the story of a magical family in which one person does not have that gift, everyone automatically related to that individual—in ‘Encanto’s’ case, that’s Mirabel—because, at some point in time, we’ve all had questions about our own self-worth. So, Mirabel is someone you’d instantly empathize with.”

Jared interjected, “We needed someone who could wear glasses and look cool with her glasses on (laughs). Yes, Mirabel is the first Disney heroine who wears glasses—although that would technically be Chicken Little, if you count chickens (laughs). And we’re very proud of that!”

While most Disney flicks carry important lessons for kids, Jared said that it was important for them for “Encanto” to have something that adult audiences could also take away from the production.

“We don’t always see our families that clearly, and vice versa,” he explained. “That is the message: It’s important for us to try to see that there’s more to our loved ones [than meets the eye] and, conversely, it’s important for us to be able to feel vulnerable enough to show our full selves to the family.”

And it certainly didn’t hurt that Lin-Manuel’s music is around to help bring the story to its full potential. 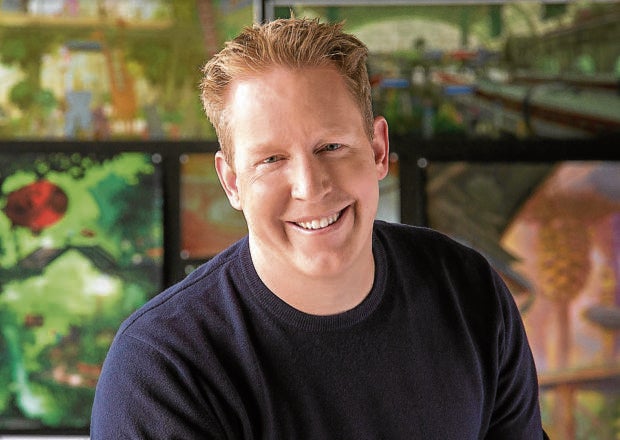 “The circumstance behind our collaboration with Lin for ‘Encanto’ was special, given the fact that Disney already partnered with him five years ago (for ‘Moana’)—when ‘Encanto’ was just a spark of an idea,” Byron recalled. “It’s very rare for a songwriter to come on board that early. But it was an amazing opportunity for us to really dive with Lin into what we wanted this movie to be from the very beginning.”

“The idea of a large multigenerational family was what excited Lin about ‘Encanto’—in this case, there are 12 people living in one house. It’s the most number of family members we’ve ever had in a Disney movie, which became an incredible challenge for Lin!

“He was very excited about how he could weave all of them together into this beautiful musical tapestry that lets him push his own boundaries, learn more about Colombian music, and find ways to marry different styles to help shape the different members of the Madrigal family.

“It’s moments like that when the music and lyrics help define a character and bring him or her into focus. Lin was a great part of that collaborative process. He’s not like ‘It’s my way or nobody else’s’—he just wants the best results. So, in ‘Encanto,’ the best idea always won.”

What made “Encanto” a better fit for animation than live action?

“That’s a good question,” Jared said. “We actually asked ourselves that question all the time. The movie leans into the traditions of magical realism, which is magic tied to emotion and need. The story where we’re really feeling that tradition is told through Mirabel’s eyes. 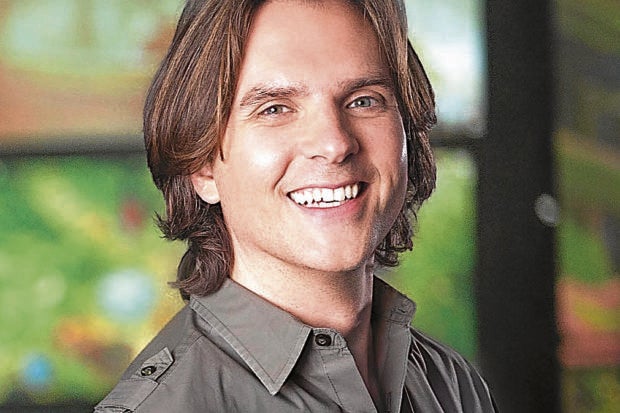 “Mirabel is only 15 year old. Her world has somewhat heightened meanings of things—like how situations often are when you’re a teenager. In Mirabel’s eyes, a situation can make it the best or worst day of her life!

“We wanted the movie to feel like that visually, so everything is cranked up intentionally. When things are great, everything is super vibrant, but when things start to go bad, it becomes very dark—everything is heightened.

“Add to that the amazing qualities of every member of the family, where you see the shapeshifting Camilo switching up his appearance to be whoever he wants to be, or Pepa’s ‘weather’ following her around and hovering above her.

“On top of that is the fact that they all reside in a living, magical house—which has its own character and personality. In this movie, the Madrigal home is like the family dog that plays favorites, so you see how it reacts when he likes or dislikes this or that person. With all these fun ingredients to play with, you know you can really let the animators go crazy to tell this story.” INQ