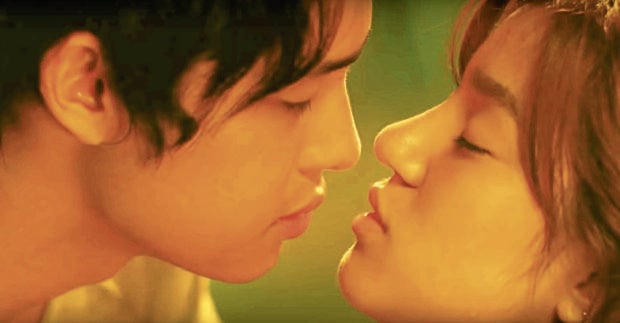 Touted as “the next big thing,” the “DonBelle” love team of Donny Pangilinan and Belle Mariano is charting its own path and continues to gain traction.

As fast-rising onscreen partners, Donny and Belle said they try to learn from well-established team-ups like “KathNiel” (Kathryn Bernardo and Daniel Padilla) and “LizQuen” (Liza Soberano and Enrique Gil).

“First of all, we’re very humbled and flattered whenever people say that our love team is the next big thing. We’re grateful for their support,” said Donny at a recent virtual media gathering to announce the release of John Leo Datuin Garcia’s debut film “Love is Color Blind” on Dec. 10. “For us, we’re focused on the journey. We want to make sure that we are able to learn from each other and support each other, and make sure our feet are firmly planted on the ground.”

Belle, for her part, emphasized the importance of communication whenever ever they get into disagreements. “We sit down and talk about it,” she said, adding that this does not apply only to personal disputes but also to those related to work. “What we do off-screen has an effect on what we do on cam.”

Donny said that, after first working with Belle in the widely accepted digital series “He’s Into Her,” he was glad to still have had the chance to get to know her better when they entered the taping bubble for their latest project.

“Of course, each lock-in experience is different. I already know that Belle is very hardworking, that she will do everything to be able to give what was required of her for each scene and for her role,” he pointed out. “We’ve had to do a lot of difficult scenes together, but nothing will stop us from learning, from showing what needs to be shown.”

Belle added: “I’ve proven how passionate Donny really is, how much he loves his craft. I also saw his similarities to Ino: that despite the challenges he is facing, he never gives up.” 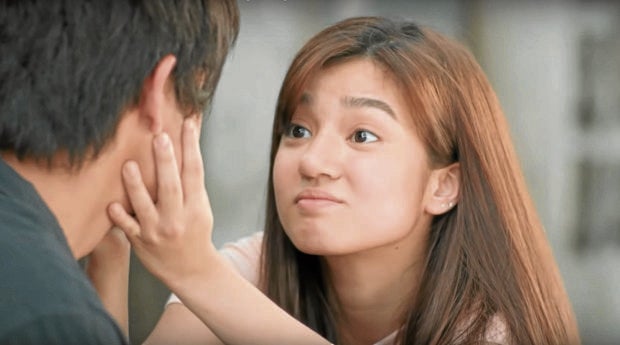 The actor said he took effort to interview someone experiencing a similar condition in order to effectively portray his character.

“I went through a process before assuming the character,” Donny recalled. “What Ino went through was tough. He is actually a very complex character. From the very beginning, I was already told that his condition is not what an average person with color blindness goes through—so much has been taken from him.”

To prepare, Donny met an artist struggling with a similar problem. “I interviewed him. I asked questions such as, ‘How does it feel to have this particular health condition? How are you coping? How do you proceed? Do you have other struggles?’ I asked all the questions I needed to ask so I could slowly get into character.”

He further said: “It’s important for him (Ino) to know how to be creative with colors even if he’s color blind. Obviously, I also had a one-on-one with Direk. We talked about my character. Direk made sure to put me in the zone before each scene. He’d say, ‘Ganito ka. Ganito ang nararamdaman mo. Take away Donny first!’ It’s really tough.”

Belle agreed: “Just by watching the trailer, you will already notice that Cara, my character, is really different from my personality. She is also very different from the one I previously played in ‘He’s Into Her.’ I had to really loosen up here, to find my ‘funny side.’” she said.

“It helped that Direk would always motivate me before each take. He would say, ‘Belle, energy! Light lang dapat!’ Donny and I also had a script reading session. We did character analysis and shared our views on love as well. We had several meetings prior to shooting.”

According to Simon Lloyd Arciaga, who cowrote the screenplay with Kristine Gabriel, the trailer “gives the audience a good idea of what the movie is about. It tells of the friendship between Ino and Cara, and how this friendship could go beyond and transcend into something else, into love. Obviously there are challenges, like Ino becoming color blind. The movie will take you through their journey together.”

Kristine said the movie opted to “go to the extreme aspect of having color blindness.”

She explained: “This is the struggle of a person who lost color in his life, literally. To credit our colleague, Justin de Jesus, the idea came from him. He always dreams in black and white.”

“Love is Color Blind” will hold a digital premiere on Dec. 9 via ktx.ph, ahead of it’s regular online release the day later. It also features Jeremiah Lisbo, John Lapus and Angelina Cruz. INQ