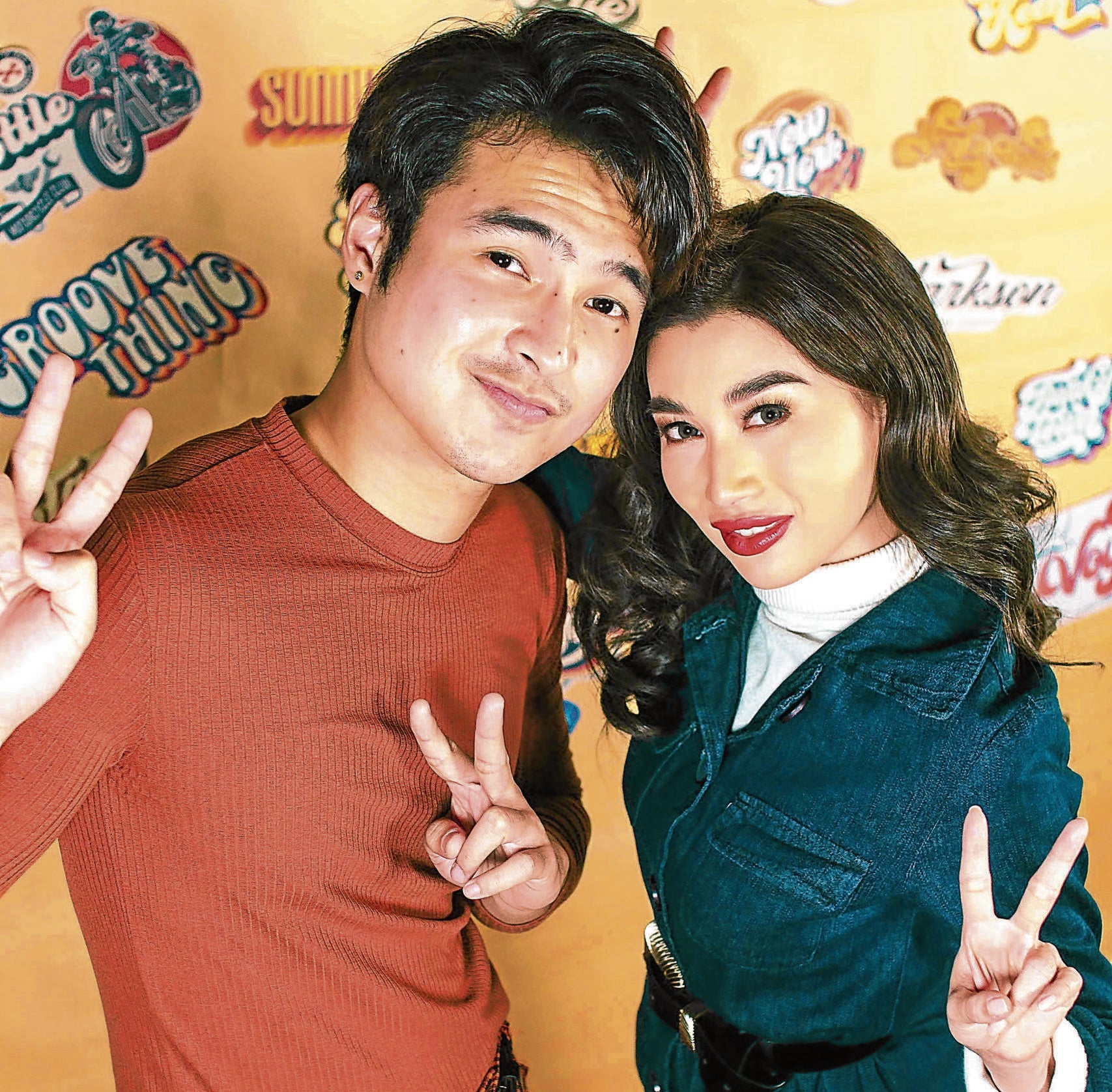 Jerome Ponce (left) and Nicole Asensio in “Katips: The Movie”

Charismatic performers Jerome Ponce and Nicole Laurel Asensio, switching from theater to film, are the young romantic leads in “Katips: the Movie,” which is about multisectoral activists protesting the imposition of martial law in the 1970s; then, as now, democracy was under assault by state forces.

The movie musical is based on a 2016 stage musical “Katips: Mga Bagong Katipunero” by Philippine Stagers Foundation (PSF). Both play and film were written and directed by Vince Tañada and feature the music of UST-trained composer Pipo Cifra.

“Katips: The Movie” had a press preview recently at Gateway Cineplex in Cubao, Quezon City. A second premiere at Gateway is scheduled on Dec. 3, followed by a third screening to be announced in a later date.

Ponce started his career as an actor in stage plays like “Cory of Edsa” in 2011. He was then known by his real name, the somewhat tongue-twisting “Jerome Porciuncula.” And he wrote in the program, “I am thankful for the trust PSF has given me. A rare experience for me to enjoy and make the most of. This will be one of the best memories I’ll ever have.”

Then, popularity beckoned when Ponce became a discovery of ABS-CBN’s Star Magic, and began to appear in TV series like “Be Careful with My Heart” and “Nasaan Ka Nang Kailangan Kita.”

While Ponce starred in soap operas, soprano Asensio (“Schizoprano” album) appeared in real operas—well, in a manner of speaking—with grandmother Fides Cuyugan-Asensio, the opera diva, no less. On her mother’s side, she is the daughter of singer Iwi Laurel, one of the many performing notables in that clan.

Like her real lover, Asensio started in musical theater. At the age of 4, while with Repertory Philippines, she sang for celebrated French composer Claude-Michel Schonberg (“Les Miserables” and “Miss Saigon”). She went on to appear in other musical plays, did radio ads and jingles, founded the band Crowjane and, as noted earlier, released an album.

In the movie, Ponce and Asensio give star-making performances. Ponce is Greg, leader of the National Union of Students of the Philippines, part of a motley group of demonstrators against the Marcos dictatorship. They are harassed and threatened by the Metropolitan Command (Metrocom). Those were the days when student demos tauntingly chanted “Metrocom, may tear gas at may truncheon…” to the tune of “Yellowbird.”

As state forces tighten their grip and resort to torture, Greg is forced to go underground, leaving behind his sweetheart Lara (Asensio) who unbeknownst to him is pregnant.

We first meet Lara as an English-speaking actress from New York, somewhat haughty, newly arrived in Manila. She expects her father to meet her, but only Greg is around. When she learns that her dad, a professor, has been killed in a demo, she is gradually radicalized and joins the protest movement.

The story is told in song and dance, with sprightly choreography. There are scenes grim as well as comic. The supporting cast includes Lou Veloso, Dexter Doria, Mon Confiado and Sachzna Laparan. There are plans to show the movie in film festivals abroad.

“Katips: The Movie” recalls the trauma of martial law in the ’70s and early ’80s. It gains in significance as we approach the May 2022 elections, with the misdeeds of the “egregiously corrupt Marcos” (Raymond Bonner in the book “Waltzing with a Dictator”) still weighing heavily upon us, and his son distorting history, living in a fool’s paradise and casting moist eyes upon the presidency.