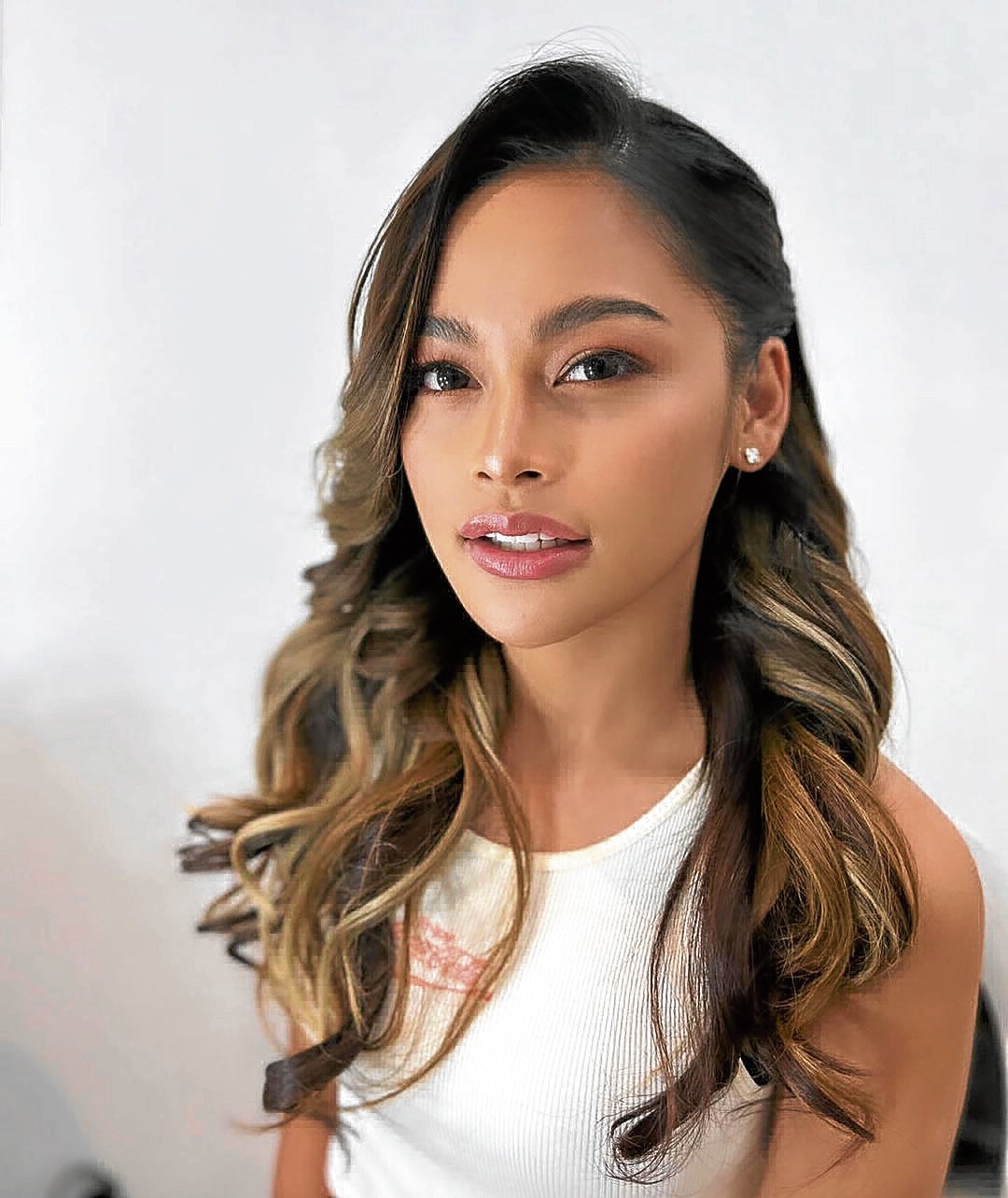 Duathlete and vlogger Aira Lopez said she had her first brush with show biz a few years ago when she became a body double for an actress in a teleserye.

“They needed a female who could swim and ride a bike. All my scenes that got aired were top view. My face was never shown, obviously,” Aira told reporters in a recent gathering to launch her as one of the hosts of the sports and travel program “Cycling Unlimited.”

“Prior to all these, I never really imagined myself as part of show biz. Until now, I still can’t believe that I’m a host of a television program,” Aira told Inquirer Entertainment.

“Whenever I would imagine myself crying in front of a camera, I would cringe. But I believe in the magic of acting workshops. I’m willing to work my way up,” she declared.

Aira has over 530,000 subscribers on her sports-lifestyle vlog on YouTube. She said she has long been sharing with her followers “the world of cycling. That is why when I got a call about the show, I said it’s a big opportunity for me to share my journey to more people. Since it’s TV, I know I will be able to reach more people, and encourage more noncyclists to take up biking,” she said.

Aside from vlogging, Aira, the duathlete, also joins competitions regularly. In fact, in the last race she joined prepandemic, she was declared champion in her age category under the women’s division.

“When it comes to races, our taping schedule is pretty relaxed. I can still train on days when we don’t have shoots. I still make sure that I have time to train for the races I plan to participate in,” she said.

Aira first pursued cycling six years ago. Her dad, who have long been a cyclist in Tarlac province, influenced her to take up the sport. “He has a spare bike at home. I decided to join him and his team in some of their rides. I then realized that I enjoyed all those trips. Since then, biking became a form of bonding for my family, even my siblings would join,” she recalled.

Aira is grateful to have found work while doing something she loves. “Long before this, I dreamed of becoming a PBA courtside reporter. Sadly, I never made it. This show is one of my greatest blessings in my life,” said Aira, adding that she idolizes Gretchen Ho, also a former athlete who decided to pursue a broadcasting career.

Asked what she hoped to tackle in the show’s first few episodes, Aira said: “I want to feature cyclist vloggers like me. There’s one interesting vlogger, who has been into cycling for years now. He was able to put up a bike shop as a result of what he has been sharing on his YouTube channel. His story is really inspiring,” said the 23-year-old.

Read Next
What Jake finds satisfying about playing the 3rd wheel
EDITORS' PICK
Over 3 Million worth of prizes to be won at Smart Padala’s SENDali Manalo Promo!
Acer starts the year off strong with the Aspire Vero National Geographic Edition
Uproar over no vax, no ride policy: Maybe it’s time for gov’t to say sorry—Bello
97% of COVID-19 beds at PGH currently occupied
Japan brings back virus restrictions over Omicron surge
Gear up and get ready to play with Yamaha Mio Gear
MOST READ
1Sambayan names 7 aspirants in its 2022 Senate lineup
Emma Stone calls Andrew Garfield a ‘jerk’ after he ‘lied’ about his ‘Spider-Man: No Way Home’ appearance
Guevarra to Acosta: Obey rules on unvaccinated
Commuters affected by ‘no vax, no ride’ policy may file class suit —Lacson
Don't miss out on the latest news and information.