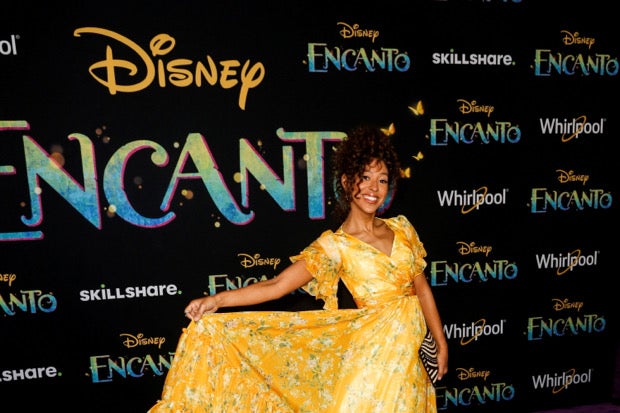 LOS ANGELES — Disney has reclaimed its rightful place at the top of Thanksgiving box office charts. “Encanto,” the studio’s new animated musical fable, collected $40 million since Wednesday, Nov. 24, a robust tally at a time when family audiences haven’t been eager to return to cinemas.

It’s become holiday tradition for Disney to release a family friendly movie around Turkey Day, and “Encanto,” an animated movie with critical acclaim, serves as a promising sign that parents are gaining confidence to bring their young kids back to the movies. In a report by Variety, the movie’s five-day total is considerably short of the studio’s recent Thanksgiving releases, such as “Frozen II” in 2019 ($123.7 million), “Ralph Breaks the Internet” in 2018 ($84.6 million) and “Coco” in 2017 ($71 million). However, “Encanto” has landed the best opening weekend for an animated film during the pandemic. That’s notable because movies geared toward family crowds have struggled to sell tickets and in a normal year, animation is regularly one of the highest-grossing (if not the highest-grossing) genre.

Moviegoers also feasted on Metro-Goldwyn-Mayer’s A-list crime drama “House of Gucci,” which brought in $14.2 million over the traditional weekend and $21.8 million in its first five days of release, proving there’s still an audience for adult dramas, as long as Lady Gaga is featured in a starring role.

Because of its $75 million production budget, “House of Gucci” will rely on substantial overseas ticket sales to turn a profit. Already, the R-rated drama has earned $12.8 million from 40 international countries, bringing its worldwide total to $34 million. Among foreign markets, “House of Gucci” had the biggest turnout in the United Kingdom and Ireland ($3.4 million), France ($1.9 million) and Mexico ($1 million).

“Encanto” was similarly pricey, costing the studio $120 million to make before accounting for marketing fees. Both “Encanto” and “House of Gucci” are playing exclusively in theaters, which should prove to be beneficial in the way of ticket sales.

Also new to theaters this weekend is Sony’s “Resident Evil: Welcome to Raccoon City,” a reboot of the long-running horror series, landed in fifth place. The R-rated thriller earned $8.8 million over the five-day holiday stretch, a result that fell short of expectations. It cost only $25 million to produce, so “Raccoon City” won’t have as much of an uphill battle to get out of the red. AP/JB