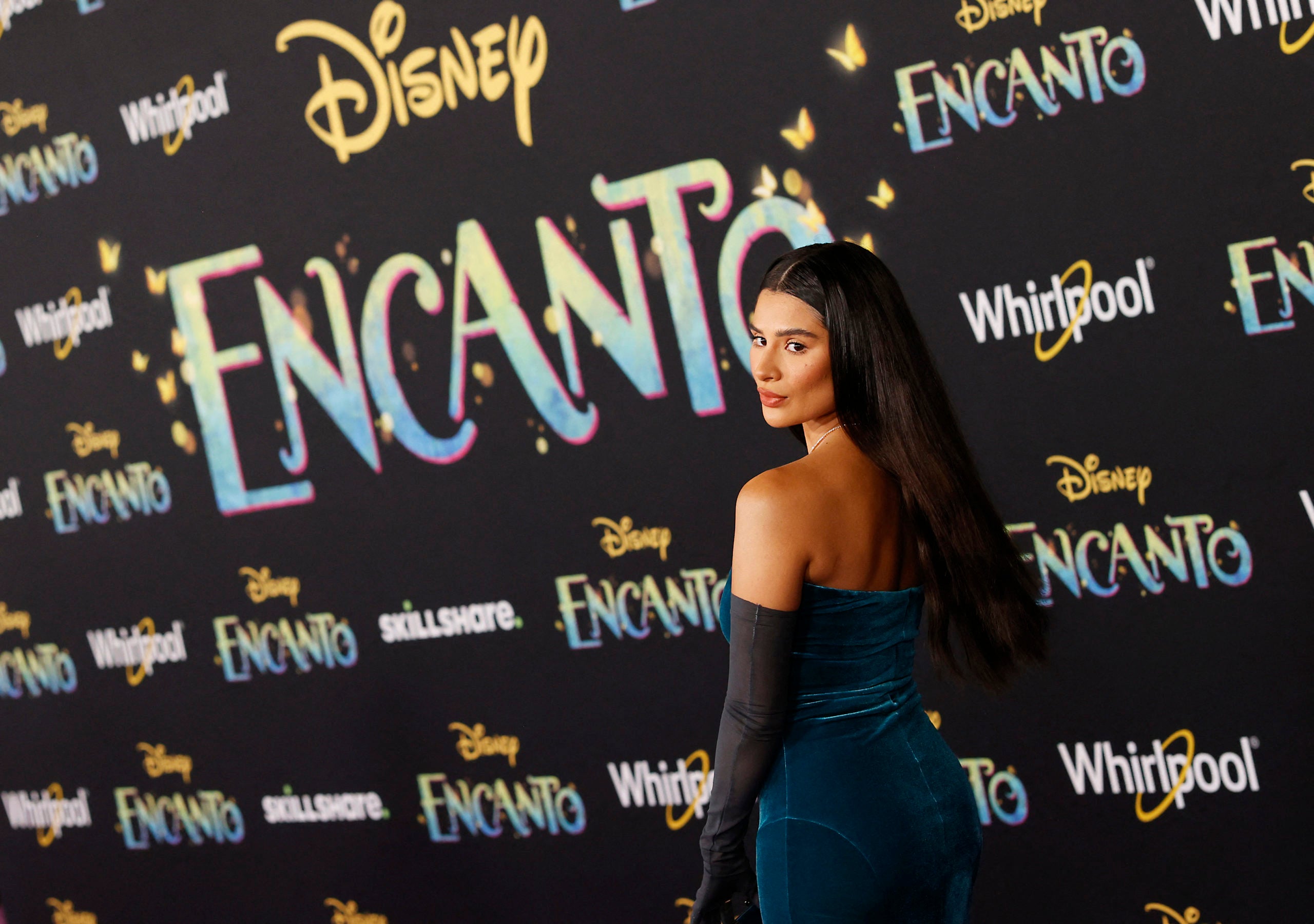 Its numbers fell short of previous family-oriented Thanksgiving weekend releases such as “Frozen II” and “Coco” but were still seen as a sign that family films are starting to return to health in the pandemic era.

With original music by Lin-Manuel Miranda, “Encanto” tells the story of a family in the mountains of Colombia endowed with special powers — except for daughter Mirabel, who ends up having to save the others. Voice actors include Stephanie Beatriz, John Leguizamo and Diane Guerrero.

Also faring well was Sony’s family-friendly “Ghostbusters: Afterlife.” The latest chapter in the wacky supernatural franchise took in an estimated $24.5 million to place second for the Friday-through-Sunday period.

Directed by Jason Reitman, whose father Ivan Reitman made the original 37 years ago, “Afterlife” stars Paul Rudd, Carrie Coon and Mckenna Grace in a ghostly tale that has shape-shifted from 1980s Manhattan to today’s small-town Oklahoma.

The MGM/United Artists film stars Adam Driver as Maurizio Gucci, the onetime head of the famed Gucci fashion house, and Lady Gaga — again drawing Oscar buzz three years after “A Star Is Born” — as Patrizia Reggiani, the vengeful ex-wife who in 1995 hired a hitman to murder Gucci outside his Milan office.

Disney/Marvel superhero film “Eternals” placed fourth, at $7.9 million, while surpassing an accumulated $150 million domestically. Angelina Jolie, Salma Hayek, Richard Madden and Gemma Chan star in the story of an immortal race of aliens who emerge from hiding to save the Earth.

And in fifth was Sony and Screen Gems’ new “Resident Evil: Welcome to Raccoon City.” The video game adaptation took in $5.3 million, with Kaya Scodelario and Robbie Amell starring.

Read Next
Don Lee on his chemistry with Angelina Jolie in Marvel’s ‘Eternals’
EDITORS' PICK
DOH: Too early to say COVID-19 cases are declining
Acer starts the year off strong with the Aspire Vero National Geographic Edition
Duterte praises military but slams police for poor discipline, corruption
Over 3 Million worth of prizes to be won at Smart Padala’s SENDali Manalo Promo!
COVID-19 cases surging in all regions and provinces, says DOH
The best of bayside and city living at SMDC’s Sail Residences
MOST READ
Marcos Jr. visits Cebu, stands as ‘ninong’ to mayor’s son
Duterte praises military but slams police for poor discipline, corruption
Djokovic has to comply with rules to go to Spain, PM says
Comelec junks petition to scrap Bongbong Marcos COC
Don't miss out on the latest news and information.