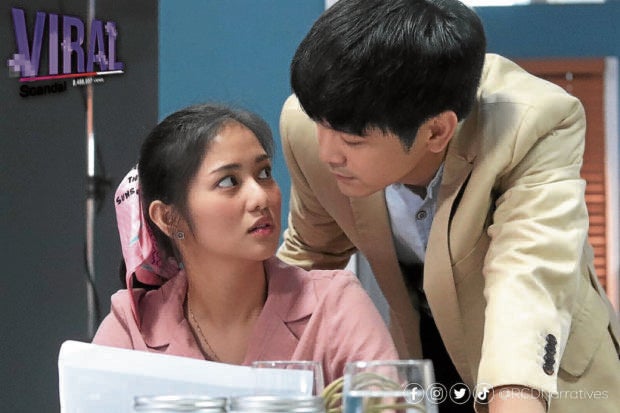 Joshua (right) and Charlie as Kyle and Rica

For actor Joshua Garcia, who plays someone with a girlfriend struggling to move on from her traumatic past experience in the new drama series “Viral Scandal,” a person’s past should not be a basis for choosing her as a life partner.

“For me, a girl’s past isn’t as important as what is happening between us at the present. Since that’s already a past experience, I’m sure even the girl is already trying to forget that particular memory,” Joshua told reporters during a recent Zoom event to promote the series, which began streaming on the Kapamilya Channel on Nov. 15.

“I’ve had a similar experience before, back when I was still too immature. I had cared so much about what happened to a girlfriend in the past that it affected the relationship I had with her. That didn’t end well,” Joshua recalled. “I’ve learned my lesson. I no longer allow my past or anyone’s to affect my judgment. Past is past, we should all try to move on from it.”

“Viral Scandal” is a mystery psychological drama series that tells the struggles of a simple family whose members’ lives become disrupted when a scandalous video involving their eldest daughter goes viral.

‘Always be by her side’

Asked how he would react if ever a girlfriend or someone dear to him figured in a scandal that eventually became viral, Joshua said: “Of course, I will support her in any way I can. I will let her know that I will just always be by her side, ready to defend her. I will do this even if she won’t ask for it. You see, there are people who don’t actually say they need help even though they really do. Even so, I will make her feel my support.”

Joshua’s leading lady Charlie Dizon, on the other hand, said: “I have never experienced being the subject of a viral scandal before. I really hope it doesn’t happen to me. However, because of what my character Rica went through, I may already have an idea on how to react to it.”

She further said: “I have experienced her journey and have known how bravely she handled the problem. But, I guess, I will only know how I’d react and how I’d try to solve the problem when I’m already in that particular situation. Just like Rica, I will listen only to those who truly care about me, only those whose opinions matter to me. Slowly, with their help, I will stand up and fight back. I will try to do what Rica did, although, through the show, we will also see that her journey isn’t easy at all.”

“Viral Scandal” is Charlie and Joshua’s first project together. The two admitted that they had to make an effort in building their onscreen chemistry, especially Charlie, who was the first to break the ice.

“At first, we felt really awkward,” said Charlie, adding that she and Joshua have never hung out before because they’re part of two different crowds. “We both first tried to discover each other’s acting styles and processes, but eventually we understood each other. It didn’t help that the first scenes we did together were all intense. I just want to point out that even though we felt awkward in the beginning, Joshua really gave his all and helped me with our scenes.”

Joshua, who claims to being the quiet type, said he was grateful to Charlie for making him feel comfortable around her. “I had just gotten out of the pandemic lockdown. This was my first teleserye. When I went out, I had a hard time adjusting to being around people. I guess that’s why Charlie and I both felt awkward at the start, and then when we started doing our first few scenes, I felt so tense,” he recalled. “Also because, at that time, I still didn’t know my character well. Now, we’re on our fourth cycle so the wall between us that was there, in the beginning, is finally gone.” 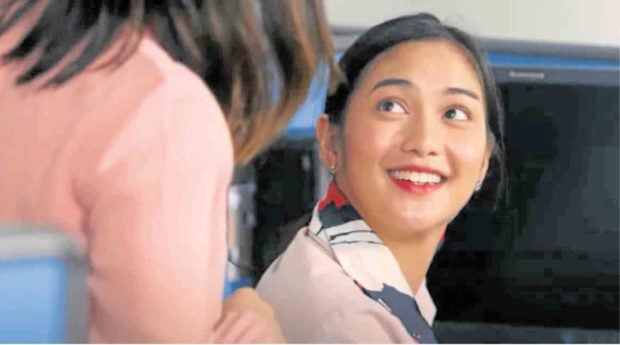 Charlie agreed: “I realized that Joshua can be makulit when he feels like it. I discovered that the rumor about him is actually true: He really is a good actor. I appreciated him more because he would really help me with my difficult scenes by discussing the script with me. He’d pinpoint to me which part of it he wanted me to focus on so that we’d be able to share the same emotion.”

Other than the “intense” scenes Charlie and Joshua shot at the beginning of the series, the actor said their scenes are “mostly light” now that they’re in the series’ fourth lock-in cycle.

“It’s really Charlie who has all the crying scenes. That’s why when she gets to our set, parang sabaw na. But really, the staff is a big help to her. They make sure everything is prepared for us when we get into the bubble (location set).”

Meanwhile, Joshua said the most challenging for him were his “crying scenes.” Joshua hinted that this was because his character, Kyle, lost someone in his family. “I had to cry because something happened to my character’s past. I had a hard time finding the right emotion. It didn’t feel natural to me. It was made difficult partly because I felt intimidated by the talents around me, and also because I was still trying to get my groove back.”

As for Charlie, she said she would push herself every day to be able to give her directors what they expected from her. “I appreciate Direk Dado (Lumibao) because he is an expert in setting the tone for a scene. As for Direk Froy (Allan Leonardo), his being a good artistic director would always come out when he is motivating me,” the actress shared with reporters.

“All my coworkers were very understanding of what I was going through, especially during the previous cycles when most of the heavy scenes were shot. It felt like all possible emotions that Rica could feel came out during that cycle. That’s when I felt the struggle, so every day they would check on me and talk with me. Throughout that time, I was thinking, ‘I’m given this huge opportunity. I can’t complain and say I’m tired. Walang sukuan!’” INQ