Not a contest: 3 groups to share digital stage for ‘This Bandang Juans’ concert 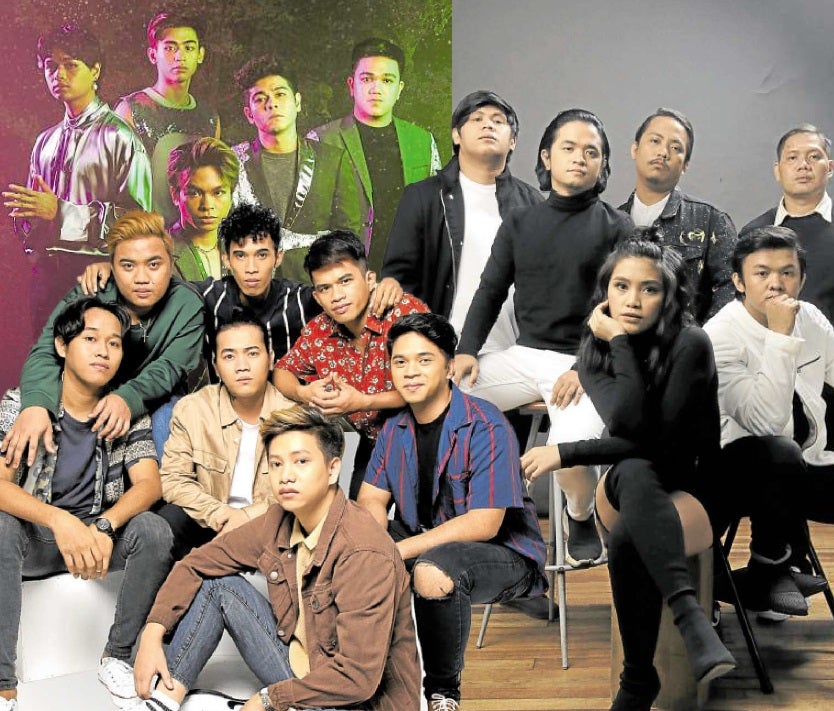 The Juans, This Band and Bandang Lapis

One thing these artists learned about performing amid the pandemic is giving their best even if no one’s watching. “The situation taught us to go back to our core. An artist should get fulfillment from his or her art whether there’s an audience or not … We have to find joy in what we do even if no one’s watching,” said Carl Guevarra, lead vocalist of the pop-rock band The Juans, which will share the digital stage with groups This Band and Bandang Lapis in the show “This Bandang Juans” on Nov. 20. Hearing the songs performed to their “fruition” and drawing energy from the bandmates, Carl said, should be enough. “When we return to playing live gigs, we will have with us a new mind-set. Regardless of how the crowd reacts, we will be able to take it, because we have learned to shout and jump, and to smile and sing at the top of our lungs by ourselves,” he told the Inquirer.

While This Band keyboardist Melvin Carson has been raring to see the live music scene open once again, he agreed with Carl’s sentiments, saying that it’s up to him and his bandmates to hype each other up.

“I miss seeing the people’s facial expressions while we’re onstage. These days, it’s just us and the people’s online comments. We don’t see or hear how they feel about our performances and we miss that. But still, we try to enjoy the experience. One look at each other while playing and get pumped,” he said.

Mounted by Viva Lize, the show, which will have the three bands playing some numbers together on top of their respective sets, was taped at the newly opened Manila Metropolitan Theater, and will be streamed on the digital content platform KTX.

“We recorded our performance the same way we perform live. Even if it was show taped, the energy we gave was on par with what we give on a live stage,” Bandang Lapis lead vocalist Lester Abaño said. The Juans, Bandang Lapis, This Band, are three of the most popular young groups in recent years. With its emotional, “hugot” rock ballads, This Band has been a streaming force since 2018, with its singles accumulating tens of millions of plays: “Kahit Ayaw Mo Na” has been streamed more than 106.8 million times on Spotify alone; “Hindi Na Nga” has 76 million; “‘Di Na Babalik” has 43 million.

The anthemic pop-rock hits of The Juans—including its biggest song “Hindi Tayo Pwede”—have more than 140 million collective streams on Spotify. Some of the group’s covers and compositions have also been used as themes for such movies as “100 Tula Para Kay Stella.”

Bandang Lapis, on the other hand, is a Rizal-based group that enjoyed a surprise breakthrough last year, with the elegiac rock ballad “Kabilang Buhay.” The single—about a friend whose girlfriend passed away—resonated with people dealing with loss amid the pandemic and has so far been streamed more than 148 million times on Spotify and YouTube.

Doing a show together, it said, was a learning experience—no place for competition.

“The more beautiful songs coming out, the more people will listen. And that gives us a potent land on which we can plant our seeds. We will all benefit from that,” Carl said. “Yes, streams and views matter, but they don’t dictate our musical direction and how we engage with others. We can’t be sidetracked by numbers. It’s about coming out with powerful music and conveying our message.”

The Juans’ RJ Cruz pointed out that their upcoming show with This Band and Bandang Lapis can be a good way to introduce each other’s music.

Being exposed to other artists with different styles, Lester added, can only do them good. “Not all bands have the same genre or taste in music. That’s why I’m thankful I got to work with other artists because there are things I can still learn from them,” he said.