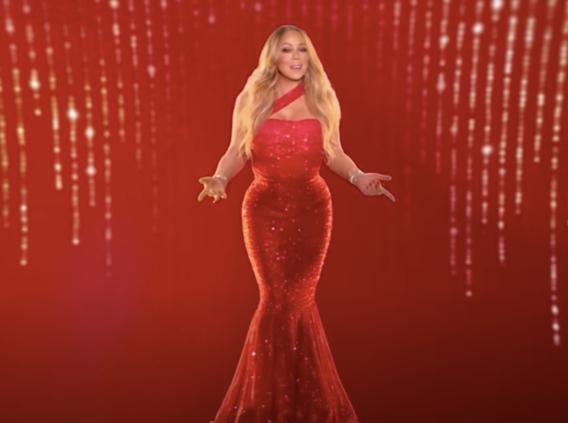 Mariah Carey. Image: screenshot from “Mariah Carey Wants You to Try The Mariah Menu” via YouTube/McDonald’s

Want to eat like your favorite pop star? Fast food chains are reaching out to fans with dishes and menus created by successful musicians such as Mariah Carey, BTS and Shawn Mendes. And it’s a trend that has more to do with marketing than gastronomy, it seems.

Ever wonder what Taylor Swift orders at Starbucks? Fans of the American singer, also known as Swifties, most likely have. Now, the coffee chain is enlightening the star’s followers by putting “Taylor’s Version,” a nonfat caramel latte billed as the star’s “favorite drink,” on the menu at its outlets.

Although the concoction isn’t exactly a world away from the other drinks available at the American chain, it seems to have won over many fans of Taylor Swift, even the most reluctant ones. “Not really a fan of latte, but TAYLOR MADE ME DO IT! It tastes so good actually,” tweeted one @caticorn_tswift. Across social media, many other Swifties shared their thoughts on the beverage, available until Nov. 19.

Not really a fan of latte, but TAYLOR MADE ME DO IT! It tastes so good actually ❤❤❤❤
So glad to have such a wonderful experience in this RED Season with @Starbucks ❤🧣#TaylorxStarbucks #TaylorSwift #AllTooWellTenMinuteVersion #AllTooWell #AllTooWellTheShortFilm #starbucks pic.twitter.com/PXRmnUZLR0

From coffee to customized burgers

While this collaboration with the coffee giant may come as a surprise, it mainly allows the 31-year-old singer to promote “Red (Taylor’s Version),” the new re-orchestration of her fourth album. And she’s certainly not the only artist to partner with a fast food chain for marketing purposes.

BTS, Charli d’Amelio and Shawn Mendes have all concocted their own items or orders for fast food chains. The undisputed queen of TikTok lent her name (and her very lucrative image) to a Dunkin’ cold brew coffee with whole milk and caramel topping, while the “Señorita” singer became the ambassador of a Chipotle bowl featuring cauliflower rice with lime and cilantro, black beans, chicken and guacamole, among other ingredients.

Fans can legitimately wonder whether these are really dishes that their idols eat, or just marketing operations. Who could forget the 1995 Pizza Hut commercial in which Ringo Starr sang the praises of the brand’s first stuffed-crust pizza, without even having tasted it because of his multiple food allergies.

But it seems that those days are over, and stars are getting in on the act of concocting fast food offerings that actually reflect their own tastes and identities.

That’s what Travis Scott did in 2020 for his prominent collaboration with McDonald’s. The American rapper designed a menu based on a classic bacon cheeseburger, accompanied by fries with barbecue sauce and a Sprite. He also worked on the commercial promoting this limited offer by hand-drawing the images featured and writing part of the script. Travis Scott and his team at Cactus Jack even designed outfits for McDonald’s employees.

A tasty take on influencer marketing

While the collaboration met with opposition from some franchisees, it mainly allowed the fast food company to win back a younger, African-American and multicultural clientele. This unexpected partnership reportedly led to a 4.6% increase in sales, according to the Wall Street Journal. For Travis Scott, on the other hand, partnering with the fast food group allowed him to reinforce his status as a cultural icon, one who’s “telling [brands] what to do or say, rather than the reverse” as Forbes wrote.

Other artists have since jumped on the bandwagon, most recently Mariah Carey. The Queen of Christmas recently announced that a McDonald’s menu bearing her name will be sold in December in the United States.

“All I want for Christmas is… for you all to try the Mariah Menu at McDonald’s,” the “All I Want For Christmas Is You” singer said in a statement. “I got my holiday wish this year: my very own menu from one of my absolute faves!” However, it’s somewhat harder to imagine Mariah tucking in to a Big Mac than J Balvin or Saweetie, who have also collaborated with the burger giant in recent years.

And ultimately, that’s the complexity of celebrity-focused fast food: it has to be authentic. Authentic enough for fans to rush to a store to order dishes that are perfectly mundane, but endorsed by their favorite artist.

“This cheeseburger is so exciting and chic that even Travis Scott eats it; Shawn Mendes is so normal and regular that he’ll even put these cauliflower shavings we’re calling rice into his pop star body,” American journalist Jameson Rich ironically summarizes in Vox.

For the moment, this commercial strategy, partway between influencer marketing and lifestyle branding, is bearing fruit. But you can’t help wonder if indigestion would kick in. JB

Does Gwen Stefani have a beauty line up her sleeve?