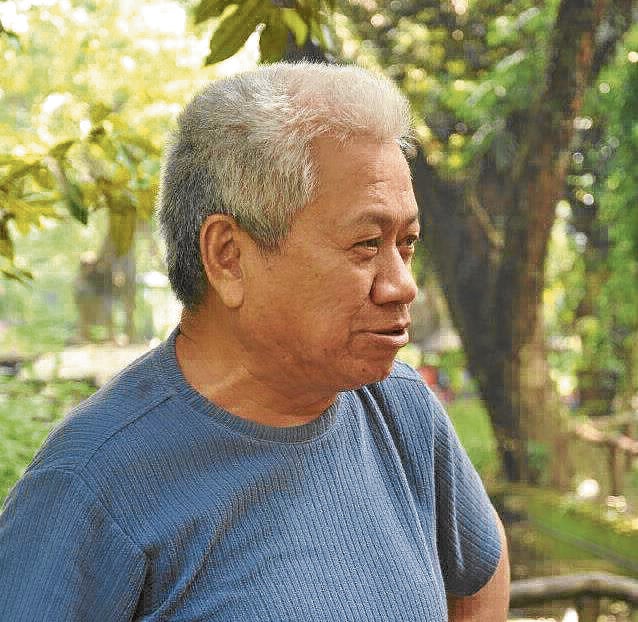 Heber Bartolome, the pioneering folk-rock musician behind the iconic song “Tayo’y Mga Pinoy” and other anthems depicting the struggles of everyday Filipinos, died on Monday, Nov. 15, at Veterans Memorial Medical Center. He was 73.

His brother Jesse Bartolome confirmed the news, saying that Heber, who had been living with kidney and prostate issues, “lost pulse” and was rushed to the hospital. “It was all very sudden … Just last Tuesday (Nov. 9) we celebrated his birthday and had fun,” he said in a radio interview with dzBB. Bartolome, whose sound was once described as a “unique synthesis of rock and blues, and Philippine ethnic rhythms,” was also a poet, a painter and an educator. And in his passing, he leaves an indelible hole in local music and arts.

National Artist for Music Ryan Cayabyab recalled that he used to bump into Bartolome around the University of the Philippines (UP) Diliman, where the former studied music, and the latter, fine arts.

“I often crossed paths with him at the UP grounds back when I was studying there and I continued to see him when I began to teach,” Cayabyab told the Inquirer. “I idolized him for the clarity of his perspective on what a real Pinoy is, and what needs to be done to serve the country.”

The two artists both joined the first Metropop songwriting contest in 1978: Cayabyab’s entry “Kay Ganda ng Ating Musika,” won grand prize and became closely associated with the OPM movement; Bartolome’s entry—and one of his finest works—“Tayo’y Mga Pinoy” was a finalist and unwittingly became a protest anthem during martial law.

“I was in Grade 4 or 5 back then (at Xavier School), and me and my batchmates were asked to go to the lecture hall to watch him. There was something special seeing a man with just an acoustic guitar and a mic, singing his songs for everyone to hear. It was an intimate venue. I felt like he was just talking to us while he was singing, ‘Tayo’y mga Pinoy,’” he said of the song, which touches on Filipinos’ colonialist or distorted standards of beauty.

While Bartolome wasn’t the one who directly inspired him to pick up the guitar and start writing songs, sharing the same space with him, the Itchyworms vocalist said, will always be “magical.”

I will never forget that magical feeling of experience of hearing live pop music for the first time. Ang sarap sa tenga. And I hope that younger generations get to experience the same,” he said.

While Bartolome didn’t realize it until later in life, music has always been a part of his life. His mother was a zarzuela singer; his father, a Protestant pastor, instrument-maker and a rondalla band leader. The Cabanatuan City native grew up listening to classical and church music, and later on, folk and pop-rock music.

One of his earliest memories as a young artist was playing the guitar for local singing competitions in the provinces in the 1960s. At UP, he joined the UP Concert Chorus, the Philippine Collegian, and other groups before earning his fine arts degree in 1973. The following year, he joined a battle of the bands contest.

Together with his brothers Jesse and Levi, Bartolome formed the band Banyuhay with which he played his compositions like “Tayo’y Mga Pinoy,” “Nena” (about prostitution), “Almusal” (making do with what little food you have) and “Pasahero” (commuter life)—songs known for their simple, but poignant, depiction of ordinary Filipinos’ everyday lives.

And he wouldn’t be able to write these songs, he said, had he not experienced poverty firsthand. “As a pastor, my father was assigned to rural areas in Cabanatuan. So I used to play with the farmers’ children … I grew up on the farms,” he said in a March 2021 episode of the podcast “Muni-Muni Stories” by the Filipinas Heritage Library and OPM Archive.

“When I was in high school, living in Novaliches, I remember walking in the rain, carrying a banana tree to plant, and asking God, ‘Why must you make my life so hard?’” he added. “But looking back, if I didn’t experience those things, I wouldn’t have been able to write my songs. I learned a lot about humility.”

And though his music doesn’t really have overt lyrics that may be considered “revolutionary,” the picture they paint nonetheless resonated with the oppressed. “Your music is shaped by elements you hear and see around you … My songs don’t say things like, ‘Ibagsak ang…’ but they show pictures of life people can identify with. And they’re true because I have experienced them,” he said.