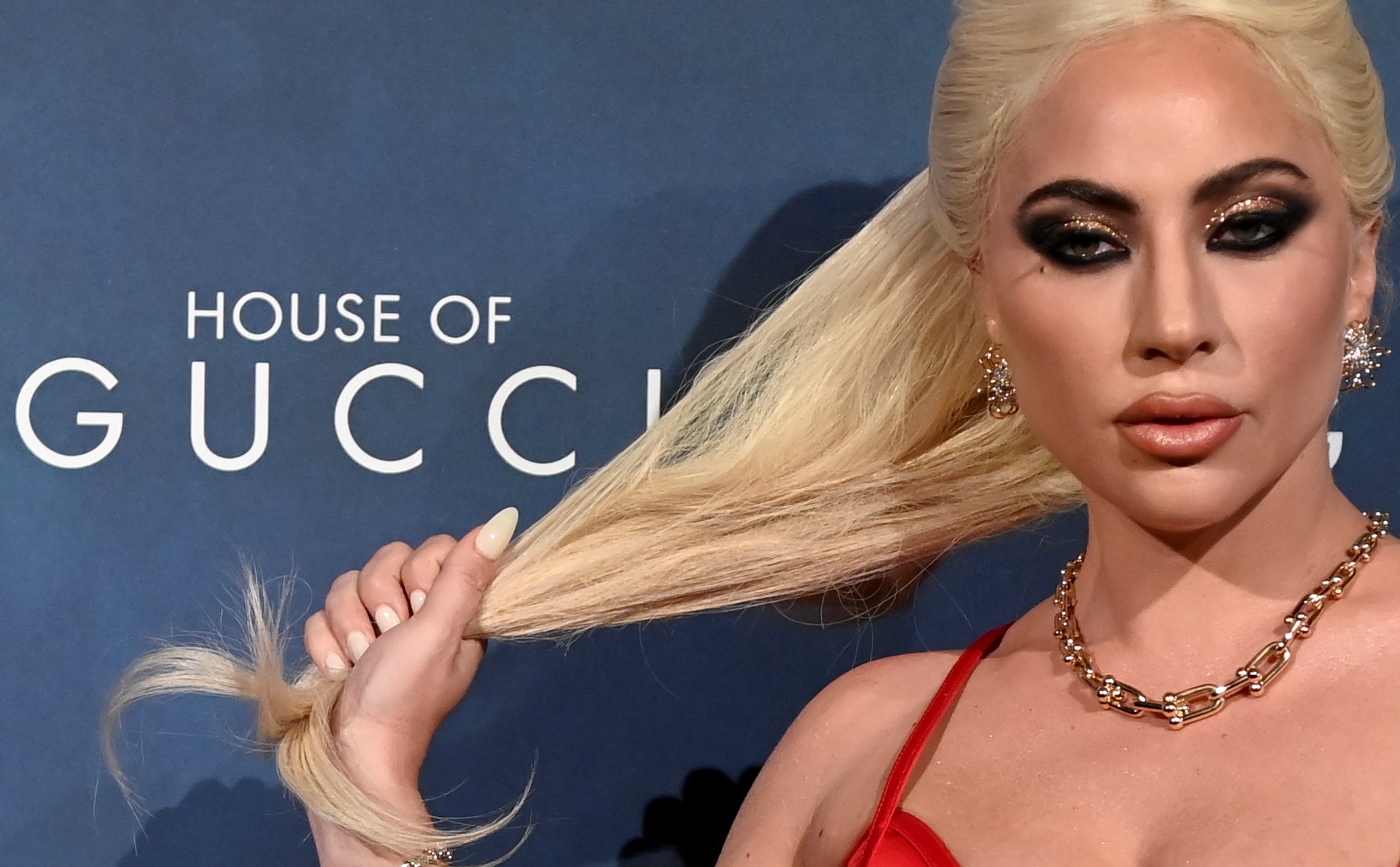 Cast member Lady Gaga poses for a photo as she arrives at the Italian Premiere of the film ‘House of Gucci’ at the Space Cinema Odeon in Milan, Italy, November 13, 2021. (REUTERS)

MILAN  – Pop star and actress Lady Gaga on Saturday celebrated singer Britney Spears’ release from a conservatorship imposed more than a decade ago after a mental health breakdown, calling Spears an inspiration who was treated badly by the music industry.

Gaga, who has said she also struggles with mental health issues including trauma from a sexual assault by a music producer when she was only 19, spoke to Reuters about Spears while attending the red-carpet premiere of the film “House of Gucci” in Milan on Saturday.

“She is wildly talented, she is incredibly inspirational and I am just so happy that we get to celebrate today, that she gets to embark on a new phase of her life,” Gaga said of Spears.

Spears won back her freedom on Friday after 13 years under a conservatorship that controlled how she spent her money, when she performed, who had access to her house and the medications she took.

Her efforts drew international attention as fans pressed for her release from the conservatorship and her situation was highlighted in films.

Gaga, who created the Born this Way Foundation for people struggling with mental health issues, said Spears, a former teen phenom who became an international pop star, was not treated well by the music industry after a breakdown in which she shaved her head and soon after entered a rehab center.

In fighting to be released from the conservatorship, Spears “authored her freedom,” Gaga said. “She worked hard for this moment and I hope she feels that.”

Read Next
Dwayne Johnson, Gal Gadot and Rawson Marshall Thurber on the crowd-pleasing lure of ‘Red Notice’
EDITORS' PICK
‘Not yet the end’: Lawyer says Marcos Jr’s DQ cases to take lengthy process
The best of bayside and city living at SMDC’s Sail Residences
Acer starts the year off strong with the Aspire Vero National Geographic Edition
Over 3 Million worth of prizes to be won at Smart Padala’s SENDali Manalo Promo!
Critical scenario: 3 Comelec vacancies just 3 months before elections
PH logs 37,070 more COVID-19 cases; over 33K others recover
MOST READ
Duterte asks: ‘Is COVID-19 airborne?’ Duque blames spread on ‘token compliance’ with rules
Morissette Amon recovering after confinement for diverticulitis, tests positive for COVID-19
‘Not yet the end’: Lawyer says Marcos Jr’s DQ cases to traverse lengthy process
Marcos camp ‘extends hand of unity’ after COC cancellation bid is thrown out
Don't miss out on the latest news and information.