‘Outrageous but fun’: Claire Castro on her viral, campy scene in ‘Nagbabagang Luha’ 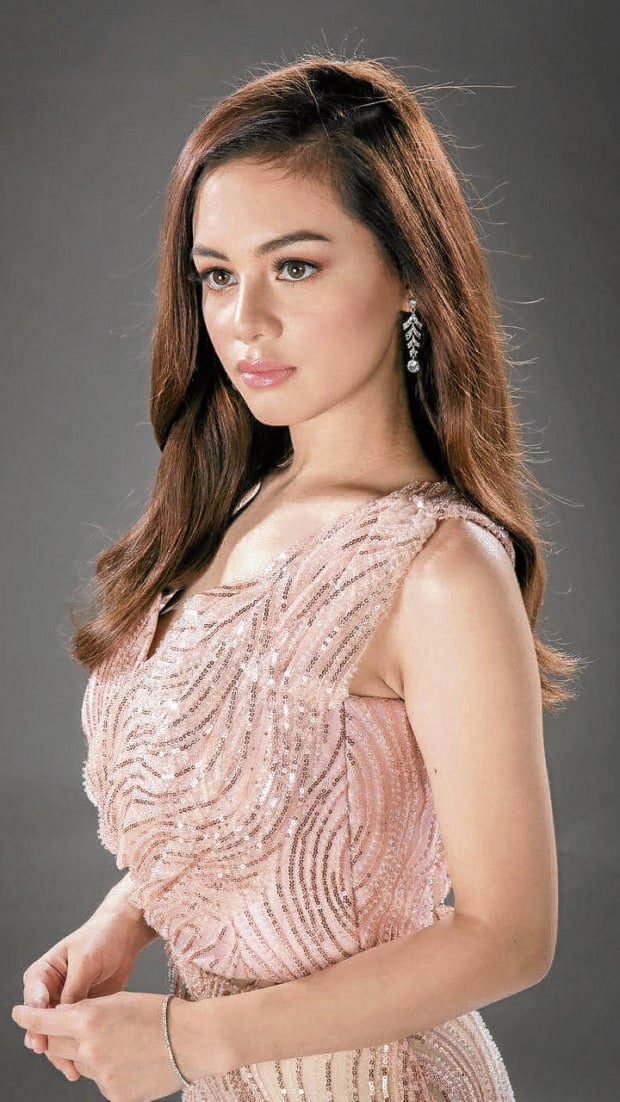 In a now viral scene from the GMA 7 series “Nagbabagang Luha,” the character Cielo, played by Claire Castro, gets busted for faking her pregnancy. And then, in a span of a minute, Cielo gets her hair pulled, slapped around silly, doused in vase water, and had her face shoved repeatedly into a red cake by her boyfriend’s mother, Calida (Gina Alajar).

The newbie actor, whose parents are 1990s celebs Diego Castro and Raven Villanueva, thought that the sequence was “outrageous” when she first read the script. But then again, outrageous is par for the course in the sleepy afternoon timeslot, and the scene ended up being watched 2.4 million times on YouTube.

“I was taken aback because some of the things needed to be done were outrageous. But it was fun doing such scenes, compared to just the sweet ones, because you get to express more,” she said in a recent Zoom conference. “I was already sleepy when we did that scene, so I was just happy and running on adrenaline.”

Plus, getting manhandled by an award-winning artist like Gina Alajar is a badge she proudly wears. “It’s an honor to be slapped by a great actress and director like Direk Gina,” she quipped, adding that scene, mercifully, took only one take.

“The setup was long and the blocking lasted an hour. But we did it in one take. Before the scene, Direk Gina told me, ‘Claire, this is just a job. I’m sorry, but we have to do it.’ After that, someone yelled, ‘Action!’” Claire related. “I couldn’t open my eyes after because there was so much cake on my face. Three days after, I feel like there’s still some left in my ears!”

Looking back, intense scenes like that can be quite therapeutic especially for someone like Claire who doesn’t voice out her feelings often. “I’m the type who gives others many chances, even if they have done me dirty. So, I don’t let it (the pain) out immediately. I feel like it’s my chance to release those emotions when I do those scenes,” she said.

Because she has only been in show biz for two years, the 23-year-old Kapuso talent said she still has much to learn. And working with someone like Gina was exactly what she needed.

“I have this process where I curl up in a ball and wait for the tears to come. And Direk Gina was concerned about that, because she believes it would be too draining for me, especially if I have to shoot a lot of crying scenes in one day,” she said. “She taught me techniques I could use.” 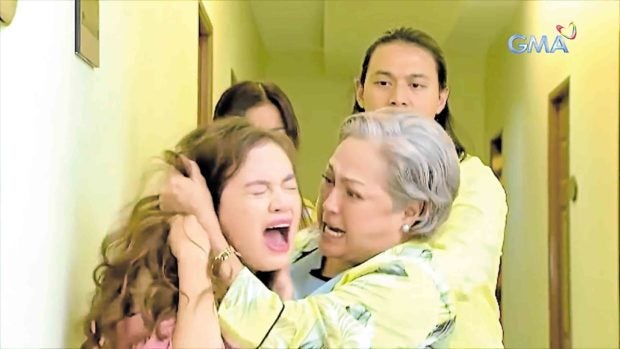 “I learned that the more you force your tears, the faker they look. So you have to be relaxed before a heavy scene,” Claire added. “Being in the show also taught me the value of discipline. My costars (Glaiza de Castro, Rayver Cruz, Mike Tan) love their job. I see how driven they are and that’s something I want to emulate.”

And her preconceived notions about working on a television series, Claire said, couldn’t be farther from her actual experience. “When I was outside looking in, I had this image that people on the set are always masungit … that the directors are scary. But it wasn’t true. All my colleagues were all kalog and very nice,” she said.

When she’s feeling down in the taping bubble, she calls her father for some reassurance.

“When it’s a long day and you’re doing one scene after another, I would call him for a bit of stress relief. His voice calms me down and makes me work better,” she said, adding that having celebrity parents doesn’t really make her feel pressured.

“It’s not so much pressure, but motivation,” she pointed out. “I want to make my mom and dad proud.”

“I like doing offbeat roles because I’m a quiet person and I get to express things I can’t in real life. But I have been told by more experienced coactors that playing pitiable characters is actually challenging. I will study and prepare if I get something like that, because I want to be better.” INQ