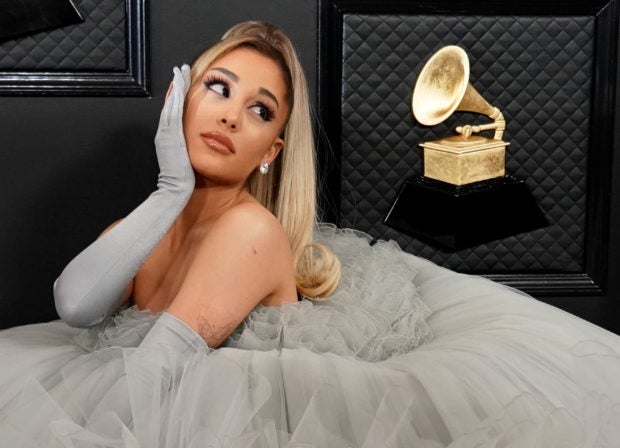 LOS ANGELES — Ariana Grande and Cynthia Erivo are soon to be defying gravity.

Grande and Erivo will portray Glinda and Elphaba, respectively, in Universal’s big-screen adaptation of the Tony-winning musical helmed by “In the Heights” director Jon M. Chu, Variety reported. He has been attached to the project since February, and casting rumors for the film’s two main roles have been swirling for months.

The stars announced their castings in respective Instagram posts on Thursday evening.

“Dear Cynthia, honored doesn’t even begin to cover it. I cannot wait to hug you. See you in Oz,” Grande wrote in a message to Erivo, sent with a pink and green floral arrangement (the signature colors of Glinda and Elphaba).

Both stars are true multi-hyphenates, with Grammy-winning pop star Grande getting her start on Broadway in the musical “13” and acting in shows like “Victorious” and Adam McKay’s upcoming film “Don’t Look Up.” Erivo, on the other hand, is near EGOT status, having received a Tony, Grammy and daytime Emmy award for her role as Celie in the 2015 to 2017 revival of “The Color Purple.”

A prequel to “The Wizard of Oz,” “Wicked” tells the story of everything leading up to Dorothy’s arrival in Oz. In its original Broadway run, Idina Menzel and Kristin Chenoweth portrayed frenemies Elphaba, who would become the Wicked Witch of the West, and Glinda the Good Witch. With Broadway theaters reopening after a long pause due to the COVID-19 pandemic, “Wicked” has recently resumed its live performances.

The “Wicked” film adaptation has been a long time coming, and was most recently stalled by Stephen Daldry’s departure as director last October due to scheduling conflicts. Stephen Schwartz, who penned the music and lyrics to the Broadway show, is adapting the screenplay with Winnie Holzman. Marc Platt, who produced the Broadway musical, is set to also produce the film. JB

Read Next
Maxine Medina and Casie Banks tell us what they love about carinderia food
EDITORS' PICK
SSS: Members on home quarantine due to COVID-19 can apply for sickness benefit
Gear up and get ready to play with Yamaha Mio Gear
PH to send 584 athletes, 161 officials to Vietnam SEA Games
Acer starts the year off strong with the Aspire Vero National Geographic Edition
Kalinga, Ifugao, Mt. Province, N. Samar will be under Alert Level 4 from Jan 21-31
Mobile COVID-19 vaccination for commuters, transport workers set at PITX
MOST READ
Mayor Vico counters vice mayor: ‘Did I say anything about his family?’
Imelda Marcos trends on Twitter after octogenarian jailed for allegedly stealing mangoes
Municipal court in Pangasinan sets arraignment for ‘Lolo Narding’
Villar backs implementation of EDSA decongestion blueprint
Don't miss out on the latest news and information.