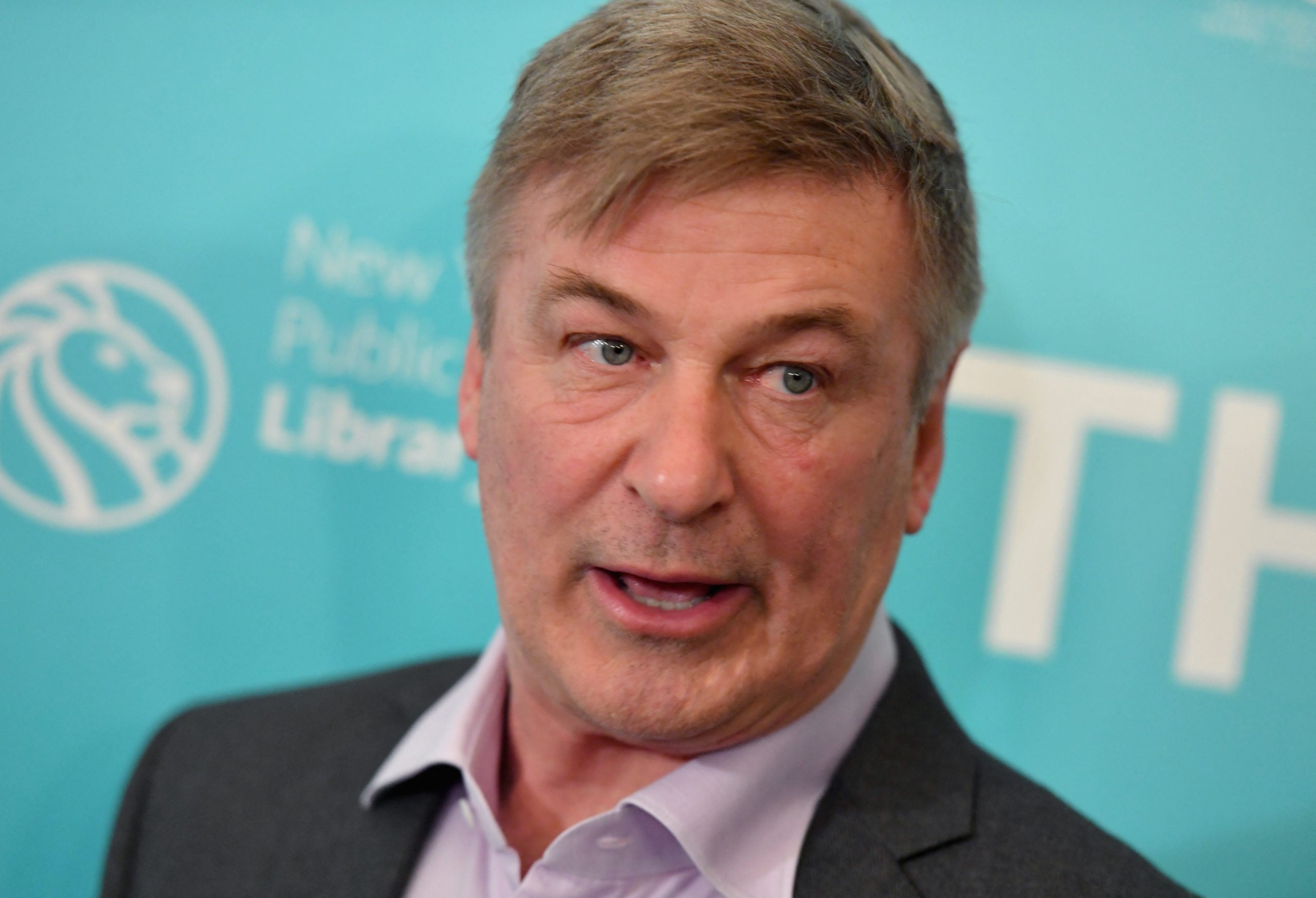 (FILES) In this file photo taken on April 01, 2019, US actor Alec Baldwin attends the premiere of “The Public” at New York Public Library in New York City. – Baldwin was the focus on October 22, 2021, of investigations into a shocking and deadly on-set tragedy, after the actor fired a prop gun that killed a cinematographer and wounded the director of a Western he was shooting in New Mexico. Halyna Hutchins and Joel Souza “were shot when a prop firearm was discharged by Alec Baldwin,” the sheriff in Santa Fe said in a statement. Hutchins, 42, was transported to hospital by helicopter but died of her wounds, while Souza, 48, was taken by ambulance and was receiving treatment. (Photo by Angela Weiss / AFP)

Santa Fe, United States — Hollywood star Alec Baldwin said his “heart is broken” Friday after he fatally shot a cinematographer with a prop gun on the set of a Western he was filming about an accidental killing.

The US actor and producer said he was “fully cooperating” with a police investigation into the incident, which also left the film’s director injured and has highlighted concerns about gun safety protocols on film sets.

“There are no words to convey my shock and sadness regarding the tragic accident that took the life of Halyna Hutchins, a wife, mother, and deeply admired colleague of ours,” Baldwin tweeted.

He added: “My heart is broken for her husband, their son, and all who knew and loved Halyna.”

Hutchins, 42, was transported to hospital by helicopter but died of her wounds. Director Joel Souza, 48, was taken by ambulance and later released from the hospital, “Rust” actress Frances Fisher tweeted, citing a text from him.

Production of “Rust” — in which Baldwin is playing the lead in a 19th-century film about an accidental killing — has been suspended.

Santa Fe sheriff spokesman Juan Rios told AFP that Baldwin came in voluntarily and had “provided statements and answered their questions.” No charges have been filed and no arrests have been made.

Rios told The New York Times that the shooting happened in the middle of a scene that was being rehearsed or filmed.

The Santa Fe New Mexican published pictures of a distraught-looking Baldwin which it said were taken in the parking lot of the sheriff’s office after the tragedy. The paper said its reporter had seen the 63-year-old actor in tears.

Los Angeles-based Hutchins, who was originally from Ukraine and grew up on a Soviet military base in the Artic Circle, was selected as one of American Cinematographer’s Rising Stars of 2019, according to her website.

The Ukraine foreign ministry said its consulate general in San Francisco was working with US authorities and speaking to Hutchins’ relatives.

Hutchins’ union IATSE — which represents film industry technicians including cinematographers — said it was “heartbroken and devastated to learn that one of our members, sister Halyna Hutchins, died yesterday.”

“Creating a culture of safety requires relentless vigilance from every one of us, day in and day out,” it added.

The union’s branch representing prop masters sent an email to members stating that “a live single round was accidentally fired,” and that none of its members were on set at the time, multiple US outlets reported.

IATSE declined to comment on the reports, and the film’s production company did not immediately respond to AFP request for comment.

The New Mexico Film Office also declined to comment on the reports, saying in a statement to AFP: “The safety and well-being of all cast, crew, and filmmakers in New Mexico is a top priority at all times.”

Movie sets usually have stringent rules over the use of prop weapons, but accidents have happened.

Most famously, Brandon Lee, the son of martial arts legend Bruce Lee, died during filming of “The Crow” after being shot by a gun that was supposed to fire blanks.

Brandon’s sister Shannon Lee wrote on Twitter: “No one should ever be killed by a gun on a film set.”

“It’s time to stop being macho about blanks and end the practice,” tweeted director Ben Rock, noting that gunshot effects such as the loud bang and muzzle flash can be easily added in post-production with modern technology.

The type of firearm used on set is yet to be confirmed.

Meanwhile, tributes to Hutchins poured in on social media.

“My greatest fear is that someone will be fatally hurt on one of my sets,” tweeted Guardians of the Galaxy director James Gunn.

“My heart goes out to all of those affected by the tragedy today on Rust, especially Halyna Hutchins & her family.”

The shooting took place at the Bonanza Creek Ranch, a production location near Santa Fe which is popular with Hollywood filmmakers.

Baldwin co-produced the film and stars as Harland Rust, an outlaw whose grandson is convicted of murder, and who goes on the run with him.

A leading man on television and in films since the 1980s, Baldwin has starred in high-profile movies including “The Hunt for Red October.”

He garnered new fans for TV comedy “30 Rock” and with his long-running portrayal of Donald Trump on “Saturday Night Live,” a character that irritated the former president, but won Baldwin an Emmy.

Baldwin has also made headlines for his marriage — and acrimonious divorce — to Kim Basinger, outspoken political views, and hot temper.

He lives near New York with second wife Hilaria. The couple has six children together.